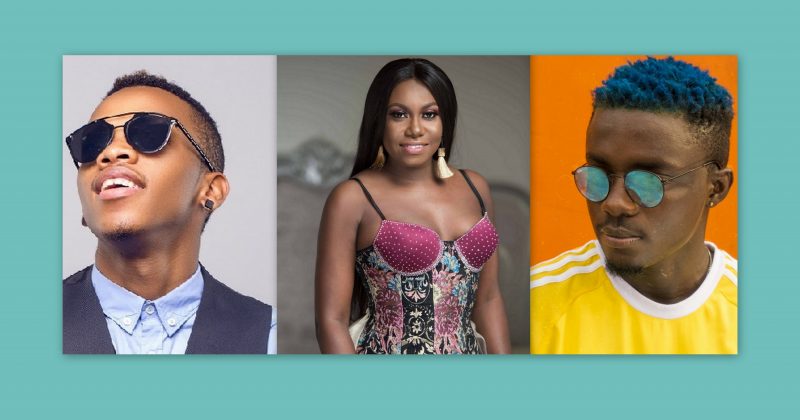 It usually takes a couple of years before artists find a healthy rhythm with their audience because the music release cycle runs on popstars sustaining their spotlights for extended periods. In the last six months, new names and faces have shuffled into Nigeria’s class of hit-makers making Nigerian music a little more vibrant. The arrival of Mavin Record’s Rema, Chocolate City inking a huge deal with Warner Music, and Afropop’s outing at Coachella has kept the genre visible globally. However, in spite of newly-infused energy, there are still some fave hitmakers The NATIVE would like to see on the scene in 2019.

Everyone misses the Tekno that gave us “Pana”, a track that now brings back 2016 nostalgia when it shuffles into playlists, today. Though his progressive highlife single, “Woman”, stayed in conversations for a few weeks, the cold reception for his latest single, “Uptempo”, took him back to a time before he was the toast of the game; featuring on Drake’s Instagram feed and bagging a feature with Ciara a few months later. Tekno’s penchant for indigenous melodies is a sure bet for Afropop’s dancefloor sensibilities but his recent efforts have seemed lazy as his songs slip farther down playlists.

“Maradona” marked the first of many Afro-house hit songs that would revolutionalize the texture of Nigerian mainstream pop. Her raunchy lyrics established her as one of the leading voices in Afropop with her growing discography which saw her release her debut album, ‘This is Me’ in 2017. Though she kept a steady string of singles to keep parties going all through last year, Niniola hasn’t had the same turn-around of women-positive hyperrealistic music. In spite of the release of “Designer”, a lone single featuring Sarz and it’s hard not to notice her absence.

Wani became the flag bearer for neo-Afropop after releasing “Blem Refix” on his SoundCloud in 2017. Last year, he followed his rise to fame with a critically acclaimed debut project, here his breezy fusion of R&B and neo-Afropop melodies introduced a modern Afropop to audiences. In spite of the fanfare Wani’s ‘Lagos City Vice’ earned, the singer has since retreated into the comfort of his solitude, releasing just one follow up single, “In 2 U” last year. Wani fans deserve better.

The hip-hop scene in South Africa was the pride of the whole continent once upon a time and AKA played a major role in that. Last year, “Fela in Versace” reminded everyone of his ability to capture the zeitgeist of the entire continent but this year, the rapper has bearly made any impact. Since the release of “Jika” to ambivalent reactions back in January, AKA hasn’t etched much of a mark on African music in 2019 but enjoy the euphoria of his ‘Touch My Blood’ album from last year.

After parting ways with former label, Mavins Records, Reekado Banks has had the creative freedom to release more music and show up for guest verses more frequently. But his more pronounced presence hasn’t had the same wholesome feel he once enjoyed under Mavin’s management. It’s only June and there’s no real pressure but for an artist who just started his own label, there are valid reasons to be concerned about any prolonged silence.

Though Minz owned the pre-existing Afropop wave of 2017 on his break out single, “Story”, he built a notable following and renown with multiple features and single releases that kept his music in rotation. But for 2019, the singer’s only release is the video for last year’s “Skin” single. For someone who only needs a few more successful singles to crossover to mainstream reverence, staying under the radar may not be the surest-bet strategy.

To Name A Few

To Name a Few have only shared a handful of songs since their haunting “Stay Over” debut earmarked the duo as shiny examples of brilliance in the age of niche music taste. The band was featured in the  Trybe section of our Birth Issue where they discussed T.N.A.F and their unnamed EP, but it’s been over two years since “Based”, the last release from the melancholy fueled Chillwave/Alternative soul band. That unnamed EP has still not gotten a title, nor have they surfaced anywhere ever since.

Despite occasional releases, Boyewa has shied away from the public spotlight for a few years now, it has also helped build more mythos. With his liking for randomly removing songs from his Soundcloud library, it has always been tough to be a Boyewa fan but this year has seen a drought of new music from the artist/producer. There have however been whispers that he could be dropping a project at any moment, so fingers crossed, the silence is just to build anticipation for its release.