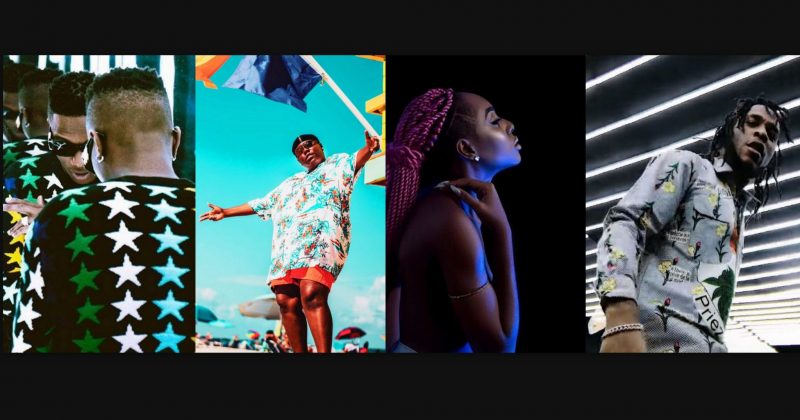 The NATIVE presents: Best songs of the year so far

For most celebrities, social media serves as the primary access through which fans glimpse into their personal lives. But if you’ve ever wondered just how good Wizkid and Skepta’s relationship is, the vivid descriptions on Skepta’s “Energy” is your best bet. After collaborating on the famous remix of “Ojuelegba”, the two linked up for their first official single, solidifying the cordial relationship both have built over the years. While Skepta’s self-assured verses, counting his blessings is layered with intimidating jabs, Wizkid’s sultry vocals serve as a lightweight filter for Skepta’s grime sensibilities.

After releasing ‘Sounds From the Other Side’ to lukewarm local reception, Wizkid quickly realigned himself with Starboy music releases, tailored for his homegrown supporters. Though “Manya” from last year took a while to catch on, “Soco” featuring Terri, Ceeza Milli, Spotless and Wizkid were received on arrival. Perhaps it was Wizkid’s shameless embrace of the Afropop sound he seemingly abandoned by releasing a project featuring only international artists, or the catchy pseudo-spiritual spin of Wizkid’s bridge, “Soco” is another massive hit under the Starboy’s iced-out sleeves.


Hamzaa’s “Stranded Love” embodies the feelings from that moment after a break up, when you realize you may have underestimated the impact of the heart break. While her emotive vocal performance tugs at tear ducts, the drop of the beat turns her melancholy into zen pop with fairytale-esque production from Eddie Serafica. Understandably, she cuts through the fantasy, declaring “You Belong To Me” on the hook.

2018 has been a good year of socially-charged agendas, but Olamide’s “Science Student” is easily the most remarkable. His unabridged detailing of the drug epidemic in Nigeria was equal part horrific and enticing; an apparent recipe for getting people to react. “Science Student” became a hit off of the outrageous and humorous lyrics, but some who felt the problem was better left ignored were offended by the song and asked for its ban. In retrospect, those same people probably watched BBC’s documentary on drug abuse and blamed Nigerian youths for the drug epidemic.

On “Faraway”, Good Girl LA’s debut single, the singer offers rich, lived-in metaphors, as messy as constellations pregnant with meaning, elusive, yet utterly compelling. “Na Me And You Suppose To Dey Ball Around The Town/ Show The Other Man Say You Got A Trophy Wife”, the song’s centrepiece, is the most direct and raw words you can hear from anyone. The beat Syn X produces with soaring synth lines that echo softly but never reaches a climax, soaks up Good Girl LA’s mopey cooing. Though her vocals are emotional, exploring the contours of her sorrow, she’s careful not to stray into rejection as her despair is all but moored in praises; “Baby I Dey Fall For You/ I Go Die For You”.

Nobody pens song about their harsh reality more relatable than Burna Boy. After capturing the strain of being a Nigerian on “Soke”, it’s hardly a surprise that Nigerians have called for “Ye”, off his ‘Outside’ album, to be the new national anthem. Though he sings “Ye ye oh Ye ye Oh Yeyeyeye Oh” melodiously, his melancholy is conveyed through the root meaning of “Ye”, an onomatopoeia that roughly translates to “ouch”. Through the song, he seems to be celebrating his achievements, but it’s done in a way that highlights the rough path to success.

Members of Davido’s DMW label and music group have been forging their own space in the fringes by putting out singles and even projects. From Mayorkun to Dremo, they’ve released quite a bit of music featuring de facto leader, Davido to help build a healthy buzz over the last few years. But with the release of “Aje”, featuring Yonda, Davido, Peruzzi and Fresh VDM, the lesser known members of the group seems more visible than ever. Though they all perform sets filled with the sweetest melodies and soothing tones, the approach is more business by the committee as “Aje” shows the disparity of the group’s affections.

Of all the pivots in Duncan Mighty’s long career, “Fake Love” featuring Wizkid is the most sublime. After releasing 4 well-accepted albums between 2010 to 2014, the self-proclaimed Port Harcourt first son influenced the sound of Afropop with his highlife melodies. It’s interesting that 4 years later, the sound is still thriving thanks to artists like Wizkid. Duncan Mighty and Wizkid’s collaboration on “Fake Love” is a testament to Afropop’s rich history and harmony, pairing two iconic artists from different eras to perform the heartfelt song about trust and relationships.

Romantic themed dance songs often come off a bit deceptive because of the insincerity of the lyrics. But with the well-curated rollout for “Assurance”, showing Davido appreciating the song’s muse, there’s no questioning the honesty of Davido’s lyrics. He is genteel, charming and accessible, serenading his love interest and delighting in her flair singing, “Chioma My Lover, She Dey Wear Designer, She Get The Dollar”. But for all its sentimentality, Davido recognizes love isn’t a fantasy and makes sure to emphasize the importance of an “Assurance” (money) in relationships.

Boy Breed’s “Follow Back” is deliberately sensitive, vulnerable. Set on a whin-friendly melody, “Follow Back” is a telling of the exaggerated importance of first impressions in relationships instigated online. With additional vocals from Jilex Anderson on “Follow Back”, brothers Namdy and Frank create a theme song for the mystique and wonder of falling in love over likes and filtered images.

A truly great pop song holds you in the moments when you’re most vulnerable, like when you’re in the shower thinking about lovers that could have been. Mayorkun hits that mark with “Bobo”, a song dedicated to the sinking feeling of falling for someone out of your league. And though his emotive performance is compelling, it’s the inclusion of Davido’s verse where he seemingly plays himself as the irresistible playboy that makes “Bobo” the riveting Afropop song it is.

For lack of a better description, the new generation of artists emerging in the Nigerian soundscape were referred to as ‘Alternative’, despite making the same conventional Afropop songs with a bit more attention to composition. They’ve since built a notable fanbase and gone on to carve their own niche with their distinctly 90’s aesthetic. The culmination and full realization of the sound’s mythos is celebrated on “Alte Cruise”, featuring Odunsi, Santi and Zamir who flaunt their appeal through a pseudo-romantic single produced and mixed by  Yinoluu and GMK respectively.

Teni’s penchant for turning Yoruba slangs into buzzwords for her music releases paid off on “Askamaya”, an Afropop song that tributes Adewale Ayuba’s classic, “Omoge Cinderella”. The earworm-ing melodies Spellz produces are fitting for the song’s rich narrative, reflecting on the flirtatious lifestyle of sex workers. Though society often hypocritically castigates call girls, “Askamaya” finds Teni celebrating the euphoric life without any trace of self-pity. Her lyrics singing, “Emi Nikan Tan, You Didn’t Fuck Me/ Listen I’m the Girl You Shouldn’t Fuck With” has so much spunk, it just might hike the price of your favorite sex worker.

Watch out for Idris King’s French-infused soulful entry on this slow-dance bop, by Yinka Bernie. Like any song dedicated to those late night conversations under covers, Yinka Bernie crafted this track to serve as the perfect homage to the throes of blossoming love. If you have any further questions, additional silky vocals from Amaarae at the close of “Epistles” will tell you everything else you need to know.

“Suh Different” is the latest chapter in Patoranking’s championed sound, melding influences from homegrown Afro-Pop and Reggaeton. Over the sparse production, booming bass, rumbling drums and percussion, he sings of the type of love that makes you excited about the weekend. His pseudo-romantic confessional lyrics are just the lightweight and steamy enough to serve as the perfect offhand aphrodisiac to set the mood.

Despite D-O being warned to not listen to what “those NATIVE people” have to say, we must say this: “Chop Elbow” is the strongest indication we’ve seen thus far to suggest that D-O is here to stay. From the late 90s inspired music video, to the enchanting refrain of “Gbo”, the artist who previously shone on dancehall-inspired records, truly comes into his own. The new generation of Nigerian artists get a bad rap for their distinct lack of social activism, but with records like “Elbow” in rotation, it shows just how it can be done. – SS

Tay Iwar’s spirited tracks have always spoken for this enigmatic singer, songwriter, and sound engineer. On this track – the final piece of his teasing trifecta, 1997 – Austin ‘Tay’ Iwar is reminiscent of the young Frank Ocean, making use of simple chords during the verse, contrasted by an electric guitar accompanied by autotuned notes over the hook. The simplicity on the track places the right emphasis on his powerful vocals and the lyrics of the song, a fitting highlight considering the subject at hand is a passionate explosion of emotions. – Woju