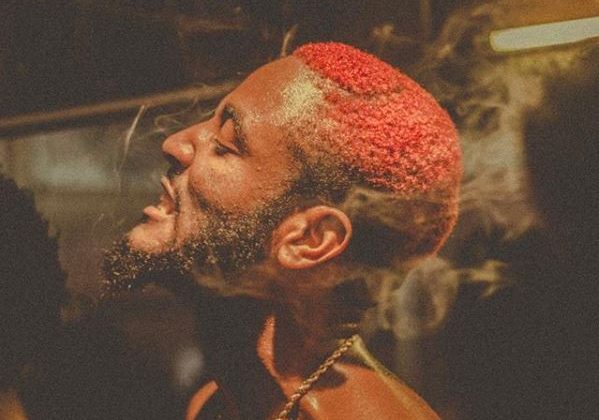 Prettyboy D-O calls out Blaqbonez for jacking his flow

Hip-hop has always been one of the more competitive genres with beef being a part of the genre’s culture. Though rap beef in Nigeria rarely ever escalates to violent extremes, the rivalries still exist, heard in subtle jabs, name drops on records and even social media subs. Prettyboy D-O and Blaqbonez seemed geared for battle after D-O called out Blaqbonez on Twitter, accusing him of mimicking his flow on new single, “Shut Up”.

Tell a man shut up ?
If you want to sound like PRETTYBOY, make you feature PRETTYBOY @BlaqBonez 🎯

Though the tweet comes across as aggressive, it’s completely in line with the brand Prettyboy D-O has been building as an artist who shoots first and asks questions later. Singing “And if you wanna pull up, better make you shoot us/ and if you’re going to shoot us, better make you kill us” on “Pull Up”, featuring Santi, he’s exactly the type to challenge Blaqbonez so provocatively on the timeline. It’s the same aggression heard in his mix of patois and street-inclined raps that gives his voice such a distinct slur that lets his music stand out and makes “Shut Up” listen like a loosie that didn’t make the cut for D-O’s impressive ‘Everything Pretty’ project debut.

Sounding like D-O with his attempt at creating a Jamaican ruffian persona for his Boombastic alter-ego offered D-O the perfect chance to flex his famous biceps. But it’s hard not to consider the purely promotional implications of such a move. Hip-hop enthusiasts have spent the last couple of weeks debating the necessity of rap beef for sparking the interest of mainstream audiences that are perhaps more entertained by the drama than the actual music. The rap scene has seemed a warzone with diss tracks dropping nearly on a weekly bases following Blaqbonez’s boldfaced claim to being the best rapper in Africa. Naturally, this makes Blaqbonez an easy target for others who consider themselves more deserving of the title he coined as the tentative title of his coming project, ‘BRIA (Best Rapper in Africa)’.

The publicity the tweet has generated will certainly reflect nicely on the engagement for Prettyboy D-O’s anticipated “Dem Go Hear Wehh” music video and even Blaqbonez has only gotten more renowned with every artist that takes him up on his challenge. Not to mention, the phrasing of Prettyboy D-O’s tweet, “If you want to sound like PRETTYBOY, make you feature PRETTYBOY”, reads more like an ad to spotlight the two’s previous “Nike” collaboration, off Blaqbonez’s ‘Bad Boy Blaq Re-up’ project, than a diss meant to cause any major conflict. And there’s also something to be said about Blaqbonez’s vehement role-playing as Mr Boombastic when he was interviewed about the tweet on the “F&S Uncensored” podcast and wouldn’t break out of his alter-ego character, making a joke of the whole uproar.

Regardless, the effect this tweet has on the trajectory of both artists can’t be measured just yet. So until we have more, we’d have to file this under the same ‘developing story’ pile stories like last year’s rumoured romance between Wizkid and Tiwa Savage sit, gathering dust.

ICYMI: YCee is done being quiet about Tinny Entertainment