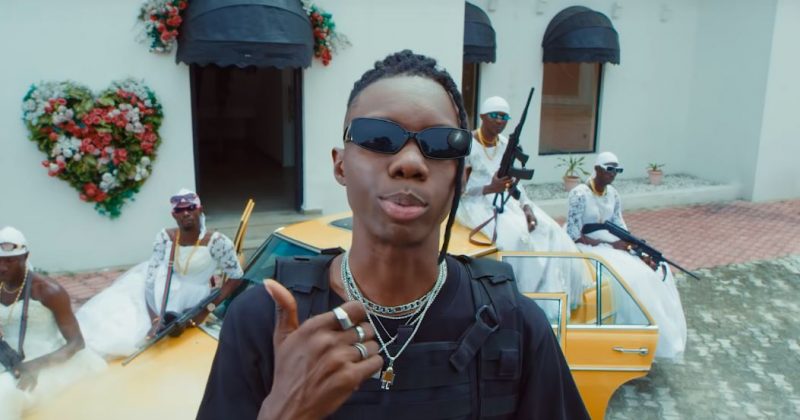 Last week when “Shut Up” was released, the antagonistic lyrics painted Blaqbonez’ alter-ego to be quite the ruffian. Fusing his rap with a Jamaican patois slur made him sound especially menacing with his bars, bragging and G checking his competition.

The 100 Crowns rapper has released the accompanying music video for “Shut Up”, imposing Mr Boombastic’s threatening persona with a graphic music video directed by TG Omori to highlight his intimidating presence.

The music video follows Blaqbonez with his goons clad in white dresses and carrying machine guns. Though they cut very terrorising poses as Blaqbonez’s bodyguards, Blaqbonez appears even more intimidating, lip-synching his cocky bars with a scroll on his face while two of his supposed opps dangle from the ceiling.

Watch the music video for “Shut Up” below.

ICYMI: Blaqbonez has everyone trying to find out who the best rapper in Africa is

Next Article Missaei and L.A.X’s “Bad Boy” is a soundtrack to club romance