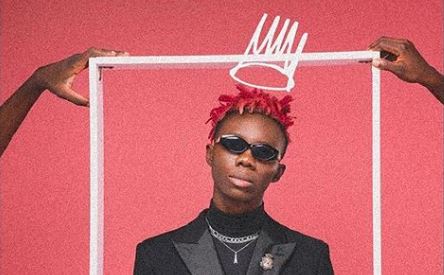 It’s no surprise that beef is a staple in a genre as competitive as hip-hop where egos are in constant overdrive. But what’s interesting is the response Blaqbonez has gotten since he declared himself the best rapper in Africa.

The Chocolate City rapper has been in the spotlight since his ‘Bad Boy Blaq’ tape and the more commercial ‘Bad Boy Blaq – Re Up’, turned him into the new face of hip-hop in Nigeria. He has since developed an extra pep to his step, unafraid to look down at the rest of his peers with a smug look as he spent the last few weeks taunting his self-acclaimed title on social media. While the bold move fits into Blaqbonez’s M.O as an internet troll, it seemed a pretty obvious publicity stunt for the Mr Bombastic alter-ego persona he has been promoting for his coming project.

However, some rappers have taken the title as an affront to their own reputations and sent in diss tracks to counter his claims to hip-hop’s prestigious title. The competitive exhibition bout for rap supremacy initially started out slow but quickly picked up steam when Tentik’s “Blaq Friday” showed the extent of the impact an established artist’s response could get. Soon enough, more renowned rappers like Payper Corleone and Vader The Wildcard hopped on the train, taking shots to get Blaqbonez off his high-horse while Blaqbonez released a single reply, “Best Rapper In Africa”, reemphasizing that he sees no competition.

Like all rap beef, the whole situation has promoted hip-hop’s visibility as the rappers who have gotten involved have received a significant boost through the engagement gotten from the released diss tracks. But with the impromptu and unfiltered direction of the diss-tracks, some bars naturally fall flat with a series of hits and misses from rappers that have gotten involved.

Regardless, the underground Hip-hop community has gotten its own moment in the spotlight of Nigerian music conversation. Even higher tier rap acts like A-Q and SDC Ghost have teased a rap beef of their own which is still brewing. Though the timeline still remains undecided on who the actual best rapper in Africa is, the BRIA campaign has upped the ante and the stakes for Hip-hop, and anyone who has a problem with that should come up with better platforms that give rappers the attention they deserve in mainstream music platforms.