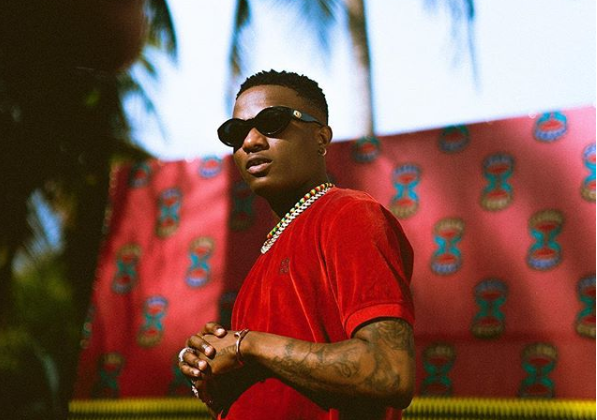 Good or bad, Wizkid has made a lot of press this year. Speculation about an affair with Tiwa Savage was closely followed by outrage at his failure to show up at Coachella and more recently, his challenges with responsibly keeping his family amidst which he released two singles, “Fever” and “Master Groove“. Produced by Blaq Jerzee, “Fever” is a mid-tempo love song with which Wizkid describes a really intense romantic relationship. “Girl, you make my eye dey red oh/Anytime you no dey close to me”, he goes on the chorus.

Wizkid has released a video for the single “Fever” and it features Tiwa Savage who he’s been rumored to be in a relationship with, showing us just how sexy she keeps it. The video directed by Meji Alabi is shot on a beach front, probably private if the number one African bad girl and Daddy Yo kept it a hunnid. Its easy to see the video be a look alike of Davido’s ‘Assurance’ with a lot more suggestiveness but if you’re going to read people, you better read them for filth and since when is starring a lover (however supposed in this case) peculiar to any one artist?

Lol pls when did Tiwa Savage become a video vixen?😂 or is this one assurance wizkid edition lmao

We can revisit how the energy between both artists was so frazzled you could almost touch it because the reaction from the all-mothers-should-be-saints gang is exactly the content we signed up for; so much tears to plug to your veins especially after Tiwa’s ex Tpaidnobillz’s little tantrum on Instagram a while ago.

Teebillz: Wizkid is my bro, he cant do that

THAT VIDEO IS/WAS VERY DISRESPECTFUL, DISTASTEFUL. ONE DAY ALL OF THIS HYPE WILL BE OVER!

We might be missing something, but we’re not exactly sure who Mr Wale from London thinks the video disrespects. A certain member of the bum daddy clan perhaps? It does make sense that there should be a code governing the conduct of all members – ‘Never do a brother dirty’ or something.

Like it isn’t bad enough that a divorced mother who should now be dedicating all her life to raising her child without thought for her needs is getting frisky with a younger man, she has the guts to make a video of it. Oh the hypocritically conservative Nigerian horror! The mom and pop readers of the punch may very well have an aneurysm. (‘frolic on bed’ is our new favourite phrase btw.)

Talks progressed very quickly to the Emotional blackmail front and since this is usually the final move for this group, it would be hilarious if it isn’t so concerning that we would attempt to enunciate that a woman should be responsible for another adult who she isn’t even with anymore like this. You see when you do clownery, the clown comes back to bite. Maybe as a neck, she should support all of her head for as long as they live.

Wizkid knew that the song is not sweet so he put tiwa in the video to stir up controversy and increase number of streams and views pic.twitter.com/rbEFji5XE5

“But you said Tiwa doesn’t cook, have you seen Wizkid’s ‘Fever’ video?”

Everything Tiwa is doing with Wiz Kid in that fever video is a direct attack at Teebillz. If that guy commits suicide, even Tiwa will regret it.

Next Article Listen to Milli’s latest single, “Who Are You?”