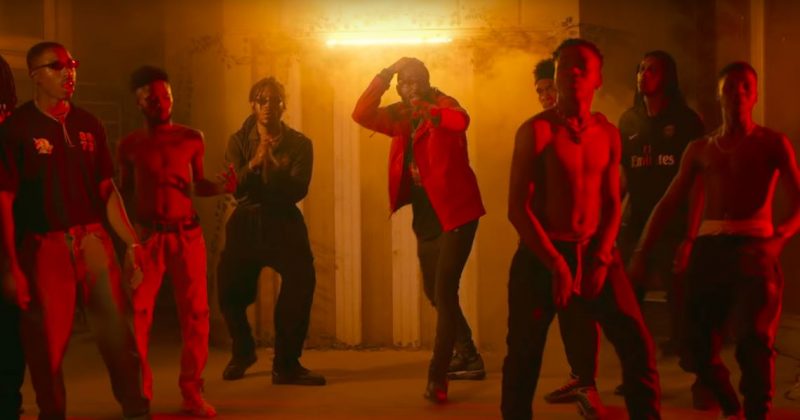 Prettyboy D-O and Santi have always paid extra care to their image, etching their edgy persona into every selfie, promotional cover art, song, and music video. It seemed only a matter of time before they collaborated and when they did on “Pull Up” off Prettyboy D-O’s ‘Everything Pretty’ project, they spared no effort to preach the gospel of their violent fetish; “If You Wanna Pull Up, Better Make You Shoot Us/ And If You’re Gonna Shoot Us, Better Make You Kill Us”.

Even before the official release of the video for “Pull Up”, the violent symbols and imagery were abundant in the teaser video shared on social media. It inspired a trendy ‘Culte’ label, fitting for the chaotic video Ademola Falomo directs, setting Prettyboy D-O and Santi in the middle of the gang violence he depicts through bottle breaking, burning tires, grave scenes, cutlass brandishing and more. While Prettyboy D-O strikes a frightening pose, rapping at his reflection in the mirror, Santi is even eerier as he raps in a ritual like scene, set at a graveyard.

Watch the music video for “Pull Up” below.

Next Article See Toyé In New Video For “Attitude”, His Second Single From Last Year