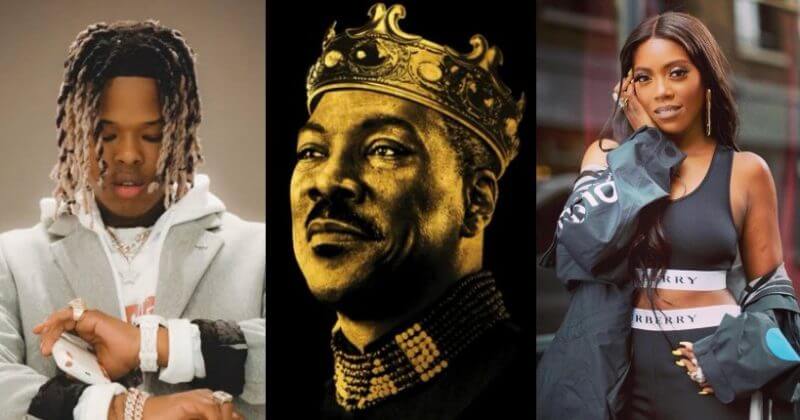 Music and film are an inextricably linked pair. While it makes sense that various forms of art are always in conversation with each other, the relationship between these two specific forms is quite symbiotic. It’s almost unthinkable to imagine a film where there’s no music setting the tone or heightening the essence of its scenes, whether it’s in the form of wordless scores or songs or a combination of both. Likewise, a majority of the biggest songs are treated to visual components, many of which can be regarded as mini-films depending on their level of execution.

For film, more specifically, its bond with music has always been showcased by accompanying soundtracks, which have taken on different variations since its inception. It is widely believed that ‘Songs from Walt Disney’s Snow White & the Seven Dwarfs’ was the first film soundtrack to be commercially released, following the initial release of the 1935 animated classic, ‘Snow White & the Seven Dwarfs’. While that pioneering compilation comprised songs, sound effects and character voices from the film, the overwhelming bulk of soundtracks now stick to songs only. Even with these standards, soundtrack projects have expanded beyond the scope of only the music played in the film.

Prior to the massive slump in CD sales circa the turn of the millennium, soundtracks were a gold rush for record labels and film studios, meaning that there was the financial incentive to put together these projects, which in turn gave us great soundtrack projects like Prince’s Purple Rain’, Curtis Mayfield’s Superfly’, Whitney Houston’s ‘Bodyguard’, and the ensemble cast of ‘Love Jones’. With revenues dwindling from the rise in digital bootlegging, the emphasis on soundtracks reduced greatly. With streaming now bringing in revenue, soundtracks are on the rise, and audiences seem to be paying even more attention.

For instance, the upcoming ‘Coming 2 America’ is set to be accompanied by two soundtrack projects; one is its eponymous “original motion picture soundtrack”, and the other is ‘Rhythms of Zamunda’, a compilation tape subtitled as “music inspired by” the film. Going off their subtitles, the eponymous project is set to comprise songs featured in the film, including the fairly recent single, “I’m A King”, performed by Houston rappers Megan Thee Stallion and Bobby Sessions. On its part, ‘Rhythms of Zamunda’ is a curated playlist tape that takes liberties from the film’s plot, tying together a loose collection of songs that feels fitting within the broader intent of ‘Coming 2 America’.

‘Rhythms of Zamunda’ was curated by Sipho Dlamini, the CEO of Universal Music South Africa and Sub-Saharan Africa, after he caught wind of the film’s release plan in 2019. Being a huge fan of the 1988 original—“It’s one of my favourite comedies of all time”, he recently told Variety—Dlamini decided to put together a companion project to the official soundtrack, with the aim of showcasing the wide range of sounds in Africa. The idea seems fitting, if slightly shoehorned, since the film’s premise heavily relies on the fictional kingdom of Zamunda, which is located in Africa. “We wanted to bring our knowledge of the music from the continent that is coming up and affecting the youth globally—it’s not just Afrobeat,” Dlamini explained of the project, which will be released through Def Jam Africa and its parent label, Def Jam Recordings.

In addition to its announcement, the tracklist for ‘Rhythms of Zamunda’ has been made public, and it does quite the job of living to Dlamini’s pan-African aim. Comprising sixteen tracks, most of it already released, the project features over two dozen contributing artists and it traverses a wide range of sonic styles, including Afropop, R&B, Rap, Amapiano and Soukous. Nasty C’s Ari Lennox-assisted “Black & White” was recently shared as its lead single, setting the tone for a project that features Tekno’s “Skeletun”, Tiwa Savage’s “Dangerous Love (DJ Ganyani Amapiano Remix)”, Toofan and Fally Ipupa’s “Ye Mama”, De Mthuda and Njelic’s “Shesha”, and more.

With a substantial amount of its contributing artists being Universal signees from across the continent, this compilation project has an undeniable financial motivation to it. At the same time, though, it’s the latest significant move in sustaining the global momentum of, and increasing the attention on, music being made by Africans, especially in the barely cracked U.S. market. Due to the cultural significance of its predecessor, ‘Coming 2 America’ has generated a lot of hype since its announcement last year, especially amongst Black people—African-Americans, Africans in the diaspora, and those on the continent. While the coming film has quite a number of points to address in its portrayal of Africa and Africans, its cross-Atlantic setting makes it the latest film endeavour attempting to further conversations between the continent and Black people in America and the world at large.

It’s now trite to say African music is on the rise, however, it is important to note that any avenue to further the global agenda should be looked into, which is where the potential significance of ‘Rhythms of Zamunda’ lies. From 2Face Idibia’s “African Queen”, which appeared in the 2006 film, “Phat Girlz”, to Saida Karoli’s “Maria Salome”, which impacted Hollywood via its appearance on the soundtrack of Tyler Perry’s “Pepples” (2001), film soundtracks have served as avenues to amplify Afropop classics on a few occasions. It would be quite the achievement if several songs off ‘Rhythms of Zamunda’ could follow in those footsteps.

While it might be novel in the sense that it strictly features songs headlined by African artists, ‘Rhythms of Zamunda’ does not exist in a wholly unoccupied vacuum, especially as regards to Africa-related films. In the summer of 2019, Beyoncé released ‘The Lion King: The Gift’, a compilation project billed as a soundtrack of music inspired by the photorealistic remake of the classic animation film, “The Lion King”, supposedly set in East Africa. On her curation, Beyoncé collaborated with a slew of A-list African artists, as well as a handful of American artists. The compilation featured Afropop-inspired and indented songs, as well as short skits of soundbites from the film, and it served as the basis for her visually stunning musical film, “Black is King”.

Within that same context lies Kendrick Lamar’s curated soundtrack for Marvel’s superhero film, ‘Black Panther’, which comprised songs that featured in the film, as well as music inspired by the film. Both the ‘Black Panther’ soundtrack and ‘The Gift’ faced criticisms upon release, the former for leaning too little into the myriad of sounds from Africa and the latter for focusing only on popular artists from the Western part of the continent. With a wide-ranging soundscape and its diverse cast, ‘Rhythms of Zamunda’ won’t be facing these particular reception issues, which is a major plus considering the increased attention being paid to soundtrack projects these days.

Last week, the timeline was momentarily owned by JAY-Z, following the release of “What It Feels Like”, a track off the “inspired by” soundtrack for the newly released film, “Judas & the Black Messiah”. Jay’s riveting cadence and lyrical prowess on his slightly, thematically discordant verse brought in a slew of comments, which ultimately trickled into conversations on the entire soundtrack itself. There’s the obvious fact that every JAY-Z verse these days is like an event on music Twitter, but it’s doesn’t diminish the upward trend of soundtracks receiving more attention, from the aforementioned curations by Beyoncé and Kendrick Lamar to, for example, the star-studded soundtrack for “Queen & Slim”.

‘Rhythms of Zamunda’ currently sits at the nexus points of multiple contexts, paving the way for positive possibilities. Even locally, there might be something of a renaissance brewing with regards to soundtracks, considering Larry Gaaga’s “Living in Bondage”, which accompanied the 2019 blockbuster Nollywood film of the same title, and Basketmouth’s ‘Yabasi’, curated for the TV series, “Papa Benji”. With the chance to make an international impact, and the potential to serve as a catalyst on the continent, ‘Rhythms of Zamunda’ might very well be of great significance to African music—and even film as well.

AV CLUB: HOW ‘COMING 2 AMERICA’ CAN PORTRAY A MUCH BETTER VIEW OF AFRICA

Next Article Songs of the day: New music from Sinach, Ruger, capespring, Davido and more