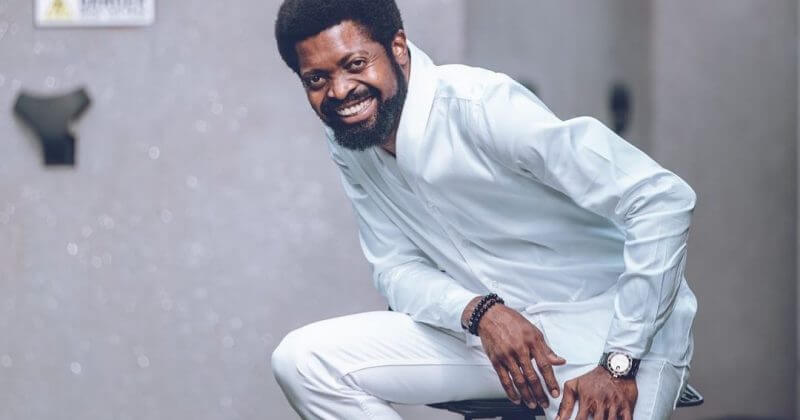 In 2012, Empire Mates Entertainment released the compilation project, ‘Empire Mates State of Mind’. While it predominantly featured artists on the label, including Wizkid, Skales and label boss Banky W, it also made room for outside contributions, such as Basketmouth’s hilarious 3-part skit, “Hate”. Due to the interactive nature of Nigeria’s creative industry, the highly revered comic has hovered around the music scene, with occasional guest appearances and other roles, such as hosting live events.

After debuting his alter ego Badman Bob with last year’s “Dia Fada”, Basketmouth has now fully dipped his toes into curatorial powers, releasing his debut single, “Myself”, in early October. While it features stellar vocal contributions from Oxlade and Show Dem Camp, the single exudes the humorous truth-telling that Basketmouth has largely based his comic act on. “Myself” was released as the first single off ‘Yabasi’, an upcoming soundtrack album, which was initially set for an October date, but was indefinitely pushed back in solidarity with the nationwide #EndSARS protests.

Accompanying the upcoming premiere of his latest feature film, “Papa Benji”, on December 4th, ‘Yabasi’ has now dropped and is available to stream and download across all streaming platforms. Curated by Basketmouth, entirely produced by Duktor Sett, and engineered by Tee-Y mix, the 10-song set is a star-studded affair with a stylistically diverse array of artists. Featured artists include Ladipoe, BOJ, The Cavemen, Bez, Waje, Duncan Mighty, Flavour, Phyno and much more.

According to Basketmouth, the soundtrack project took all of two weeks to complete, despite its sprawling cast. Impressively, given the short span, it doesn’t sound rushed or haphazardly made, with the project relying on highlife as the sonic anchor, while branching out into an eclectic palette that fits the diversity of its guests.

You can listen to ‘Yabasi’ here.

ICYMI: THE SIGNIFICANCE OF DRAKE LISTENING TO OXLADE

0000
Previous Article Omah Lay continues his impressive breakout run with new EP, ‘What Have We Done’