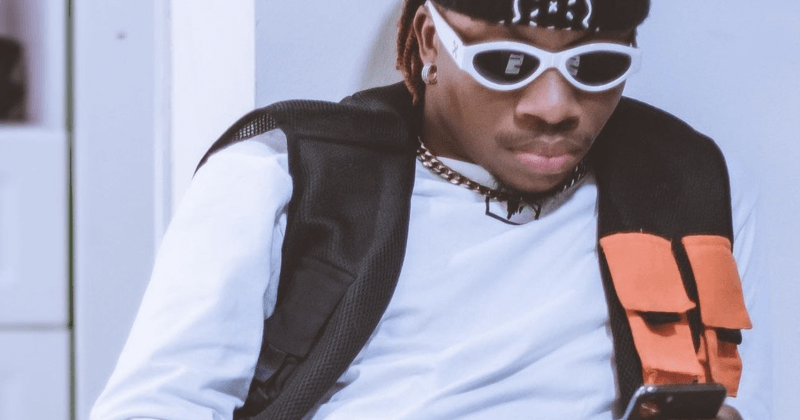 The significance of Drake listening to Oxlade

It seems like everywhere you look, from rampant police brutality to the ongoing pandemic, circumstances look and feel irrevocably bad. Anything that serves as a distraction from the increasingly gloomy news feed is welcome in our current moment of widespread unrest, and through it all, music has proven to be a necessary, momentary escape. While most of us are trying to navigate our day to day, and get a sense of what our real life is going to be, Drake is in his $100M mansion in Toronto, relaxing to the soothing sound of Oxlade’s music.

Over the weekend, the world’s biggest pop star posted a screenshot on his Instagram, showing he’s listening to Oxlade’s “Away” on the speakers in his “Master Bedroom”. This comes only a few weeks after he made the official announcement for his upcoming album, ‘Certified Lover Boy’, which is scheduled for a January drop. Naturally, Oxlade stans have reacted by celebrating the co-sign with tongue-in-cheek quips about a possible feature on the coming album. We’ve confirmed, however, from Oxlade’s management that there’s no music in the works quite yet, and even though the speculative collaboration might not see the light of day, people are still elated that the Drake, one of our generation’s most important discovered the sound and loved it enough to share it with his audience.

Afropop has become increasingly popular in the global space, and from what we know about Drake in the past few years he’s been on the scene for, he definitely knows how to spot a trend from a mile away and make the most of curating global pop sounds. Prior to today’s Instagram post, Drake had shown his appreciation for afropop through his collaborations with Wizkid who featured on Drake’s first #1 feature on the Billboard Hot 100 chart, “One Dance”. He has also imbued himself into UK’s grime culture with several collaborations such as “Only You” featuring Headie One and has developed ties with Caribbean dancehall through his cordial relationship with tastemakers such as Popcaan and his affiliation with Party Next Door who is of West Indies descent. As he continues to broaden his horizon as the most internationally celebrated pop star, Drake looks out to discover African talents as well.

Drake ft Oxlade!!!!!
Guess what it will sound like🔥🔥🔥 pic.twitter.com/aPNYel466v

Drake has a tendency to jumpstart a new album rollout with goofy playlist style posts on his Instagram that serve as a mood board for what he’s creating and what fans can expect. It’s not surprising that he can get inspired by afropop as our sound shares similar lyrical content with his music; poignant with braggadocio and unapologetic statements either professing sexual prowess or street creed or ushering a new dance. Back in 2017, he shared a picture of Tekno on his IG story and after nearly 2 years, we eventually heard the Tekno’s co-produced Drake and Swae Lee collaboration, “Won’t Be Late”. The romantic bop also incorporated ingenious Nigerian slangs like it was written by Tekno; “Ikebe, pressing on me heavy/ Bakasi, moving on me wasi”.

From the title of his upcoming project, ‘Certified Lover Boy’ and the love-shaped patting in his recent haircut, it’s clear that Drake has romance on his mind. Oxlade’s heartfelt pop song certainly struck a nerve with the 6god and we won’t put it past him to borrow some influences from the young Nigerian singer—He certainly has a reputation for doing that.

Oxlade is one of the new afropop acts on the rise after only breaking out last year with his feature on Blaqbonez’s “Mamiwota”. Since breaking out, his captivating voice has seen him grow organically to dominate mainstream Nigerian pop culture by securing a slew of high-profile features like “Causing Trouble” with DJ Tunez and performing at Wizkid’s Starboy Fest concert last year. He shared his debut EP, ‘OXYGENE’ earlier this year and the track that Drake posted, “Away” was one of the tape’s highlights as his falsetto gives afropop an ethereal texture that Drake is now appreciating through his IG post. Oxlade has joined the ranks of other Nigerian talents like Wizkid, Tekno, and Rema who have all gotten Drake’s co-sign and it points to greater things ahead for the singer whose fans have capitalised on the attention by reminding everyone to stream “Away”.

Next Article Listen to ‘Under The Moon’, the debut EP from Chi Virgo