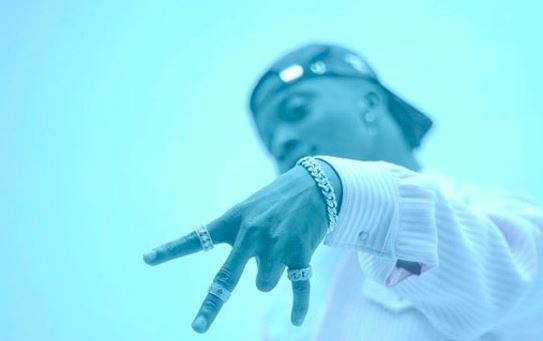 Back in 2018 When Oxlade first broke out into the scene with the catchy hook of Blaqbonez’s “Mamiwota”, we knew he was on to something. Without the same major label backing some of his peers have relied on, Oxlade has managed to build his own little community across social media, mainly due to his charming, larger-than-life personality, which definitely bleeds into the music we’re getting.

Words really cannot describe how I feel right now, putting this project out means the whole world to me, my entire essence, existence and life right now centers around this project. I really want you guys to enjoy this project. Big shout out to everyone part of this project.. big love ❤️

With a handful of radio hits, his performance at the 02 Arena alongside his idols (Wande Coal and Wizkid), his collaborations with DJ Tunez, Juls, Melvitto and a very active fanbase, it’s hard to imagine that this is really Oxlade’s first-ever body of work. While he’s spent the past two years finding his feet and contributing to other people’s vibes, he’s now introduced us to what he is really about as an artist with his debut project, ‘OXYGENE’ .

The production is helmed by highly regarded producers, Spax, Syn X, Alpha Ojini, Dera, Nosa Apollo, Lussh and Echo, who all create the perfect bedding to compliment Oxlade’s musings. Even though he seems to be living his best life outwardly, this album takes us inside Oxlade’s head, where his real battle exists.

Oxlade sings, “You’re all that I need” on the opening track, “02”, where he compares his desire for his lover to his body’s need for air. The opening track captures the entire essence of the project, and is a good introduction to Oxlade’s melodic vocal range. For the next track, he turns up the charm on the wistful “Hold On”, where he wears his heart on his sleeve and professes his full-hearted affection for his lover, against a catchy and danceable beat.

The project’s lead single, “Away”, boasts all of Oxlade’s trademark, and is the EP’s centrepiece backed by an the ethereal but groovy Spax-produced beat. At this point, it’s clear that Oxlade is here to get us in our feelings while making us want to turn up at the same time, a winning formula we’ve seen with popular artists from Wande Coal to Fireboy.

On the closing track, Oxlade is joined by Moelogo for the emotive “Tables Turn”, where they reminisce on their come up and how far they have come. The a dreamy ballad sees Oxlade reflecting about his humble beginnings in Mushin, dreaming about making songs with his idols, to actually shutting down shows overseas with them.

The inspiration anthem closes with an intimate voice note from Oxlade’ grandmother, a fitting way to close the chapter on his debut tape.‘Oxygen’ is guided by Oxlade’s charm, the same one that has earned him thousands of supporters. His voice is rich and velvety, flowing out of him much like project’s cover art depicts. By grounding each track in emotional truth, he’s relatable and the project is immediately accessible.

ICYMI: Watch the video for Oxlade and Melvitto’s “Wait For You”