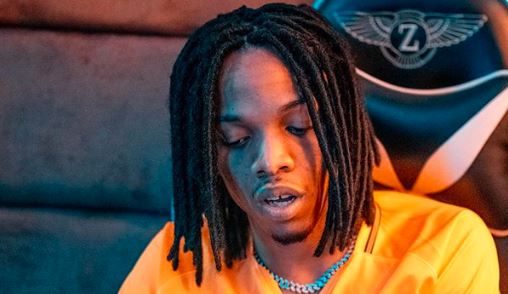 With American tastemakers like Drake and Beyonce backing the Afropop sound, it was only a matter of time before Nigerian artists began to find their foot on American soil. While songs like the Wizkid featuring “One Dance”, Davido’s “Fall” and Burna Boy’s latest ‘African Gaint’ album ensured the cross over happened organically, Tekno’s production credit on Swae Lee and Drake’s new collaboration, “Won’t Be Late”, spells an increasingly borderless future where musicians from all over the world can blend their unique styles to remind listeners of the harmonious vibe of dancehall.

The beat Tekno co-produces with Mike WiLL Made-It for “Won’t Be Late” shapeshifts from Swae Lee’s first attempt at the Afropop sound on “Unforgettable” with ease as he speeds up the drum kick tempo, infuses lush and sprawling horn samples and finishes with an EDM flourish; it’s an instantly familiar but imaginative blend of pop sounds from around the world. Swae Lee and Drake’s voices glide over the lightweight beat with almost instinctive composure as the song unfurls with an easy-going vibe, singing of their romantic feelings in a sultry and slightly mournful intonation. Not being one to leave any stones unturned when taking influences from another culture, Drake’s verse sees him using indigenous Nigerian slangs, singing; “Ikebe/ Pressing on me heavy/Bakasi moving on me Wasi/ Time is moving real slow”. This suggests that the 6god had some help with the songwriting and confirms one of the theories from 2017, when Drake and Tekno were seen in a photograph together.

You can stream Swae Lee and Drake’s “Won’t Be Late” below.