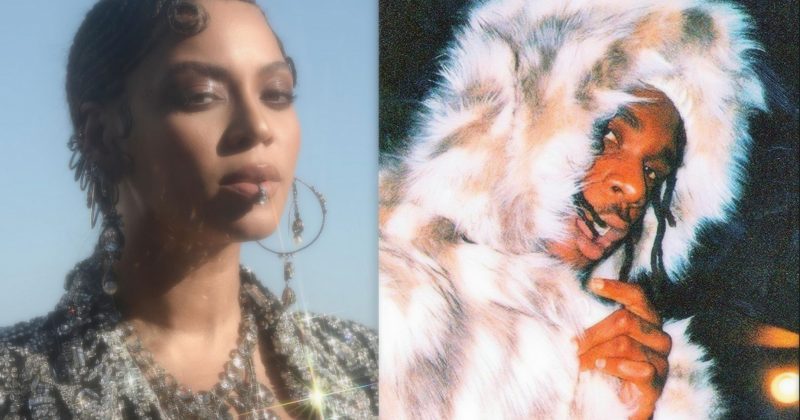 Afropop is having a fairytale year;  Rema is the hottest new artist in the world right now; Burna Boy’s ‘African Giant’ rebuttal to Coachella’s flyer, rippled into a landmark fourth studio album (already enjoying a rave of positive reviews); Western influential media is awash with stories about representation in response to Beyoncé’s The Lion King: The Gift featuring some of Africa’s biggest Afropop stars. This a momentous turn of trends, considering global interest in the continental sound came nearly a decade ago. For our best new music series this week, we decided on “BROWN SKIN GIRL” and “Collateral Damage”, two picks from the albums of the moment: Lion King: The Gift by Beyonce and African Giant by Burna Boy, respectively.

“BROWN SKIN GIRL” is a warm, angst-free reminder that history will remember a world where blackness is symbolic in itself; where Nigerian popstar, Wizkid and Guyanese songwriter, SAINt JHN can collaborate with transgenerational African-American Hip-hop royalties, Beyoncé and Blue Ivy.

Afropop is finally being presented at a global stage by its most popular stars, and Queen B makes a case for representation in the fulfilment of human experience. There is a part at the tail of this song, where she is singing “Your skin is not only dark, It shines and it tells your story”. The follow-up lines wax poetic about breaking from control and basking in the swirling adoration for black culture. As Beyoncé belts into the pre-chorus “If ever you are in doubt, remember what mama told you”, the reassurance in her voice is so powerful, you may be in tears by the time Blue Ivy returns to close the track.

Burna Boy’s reimaginations of Fela are not as indelible when rendered across his other sonic fascinations with Hip-Hop & R&B and Afro-Carribean music styles. But across his projects, there are always occasional stand-out moments like last year’s “Ye“ where all of his wide-range influences are married under one colourful Fela-inspired bouquet.

“Collateral Damage” directly echoes the same themes of multi-dimensional social repression as Fela’s classic, “Shuffering and Shmiling” off a 1978 album of the same name. On “Collateral Damage Burna’s lyrics are laden with social commentary on corruption, religion and Nigerians who are too gun-shy to demand institutional change.

The imagery on “Collateral Damage” is strong, but the best thing about this guitar-riffed banger is that it’s a good Burna Boy song; confident, awingly smooth and surgically pointed. Historically, social commentary is a running theme of contemporary African music. It’s delightful to hear new generation artists like Burna Boy sustain this legacy. Especially, in an increasingly globalising world where formats keep evolving and Afropop continues to incorporate elements from other soundscapes.