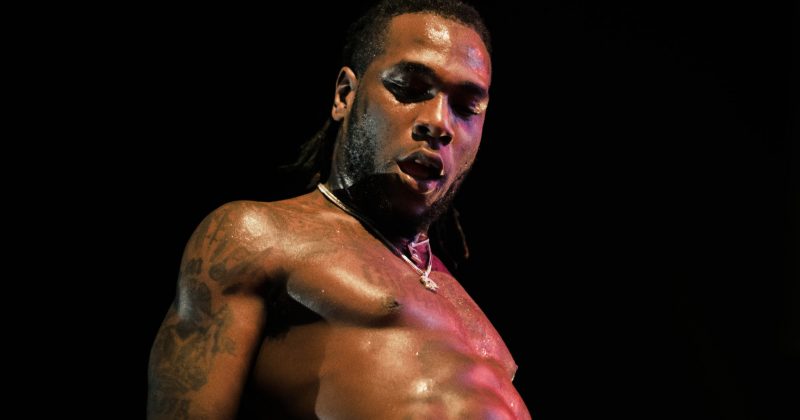 At Burna Boy’s Outside listening party in the UK, with press and reps from Atlantic Records, conversations flitted around the man of the hour to somewhat imply Burna’s cover feature with NATIVE “made him the star he was meant to be”. The thought was both warm praise for our debut cover story and valid context for Burna’s Outside campaign.

What tracks are y’all feeling so far? #OUTSIDE

To quote the same profound Burna Reborn, feature “Burna still carries the aura of a mythologised outsider operating in his own world”. He attests to this on “My Life”, the opening track for his debut album, L.I.F.E. “I feel like I’ve been Burna Boy since before I was born” he’d told us last year.

Whatever they said Burna Boy did, he did that shit. That idiot.

“My Life” is a defiant ownership of identity, but Benson Idonije’s vocal interlude at the end of the track is still cringe-worthy on replays today. In the grander Burna story, however, the ironic inclusion of his Grandfather’s literal co-sign on a coming-of-age song, makes sense as a seal of approval. After all, this was before his fall out with his Momager, before he publicly threatened bloggers, and even further before swirling rumours of alleged roadman days made him a low-risk target for Nigeria’s sensationalist media. With the turn of his career ever since, the words of his Grandfather, a revered music critic in his younger days—who also managed Fela—was a preemptive vote of confidence needed to underscore Burna Boy’s occasional flair for breaking rules.

It’s been nearly five years since, but nothing has changed about Burna. You hear this on opening track “More Life”, where he sings You know what it is when you’re with me’; in translation ‘you already know what you signed up for’.

During a recent sit-down with Interview Magazine, Burna Boy described Outside as “The first actual one”, referring to the project as his first truly curated album. Though Burna only means this in the context of his newfound dedication to make an album capable of garnering him a duly deserved wider appeal, it speaks volumes of the man, his craft and of the actualisation of Afropop.

Contextually Afropop has not been considered outside of the vagueness of “World Music” by local and international media, or its stakeholders. The obvious cause is in direct relation to how the continent’s colonial history positions Africa on the receiving end of culture transfer from more developed nations. 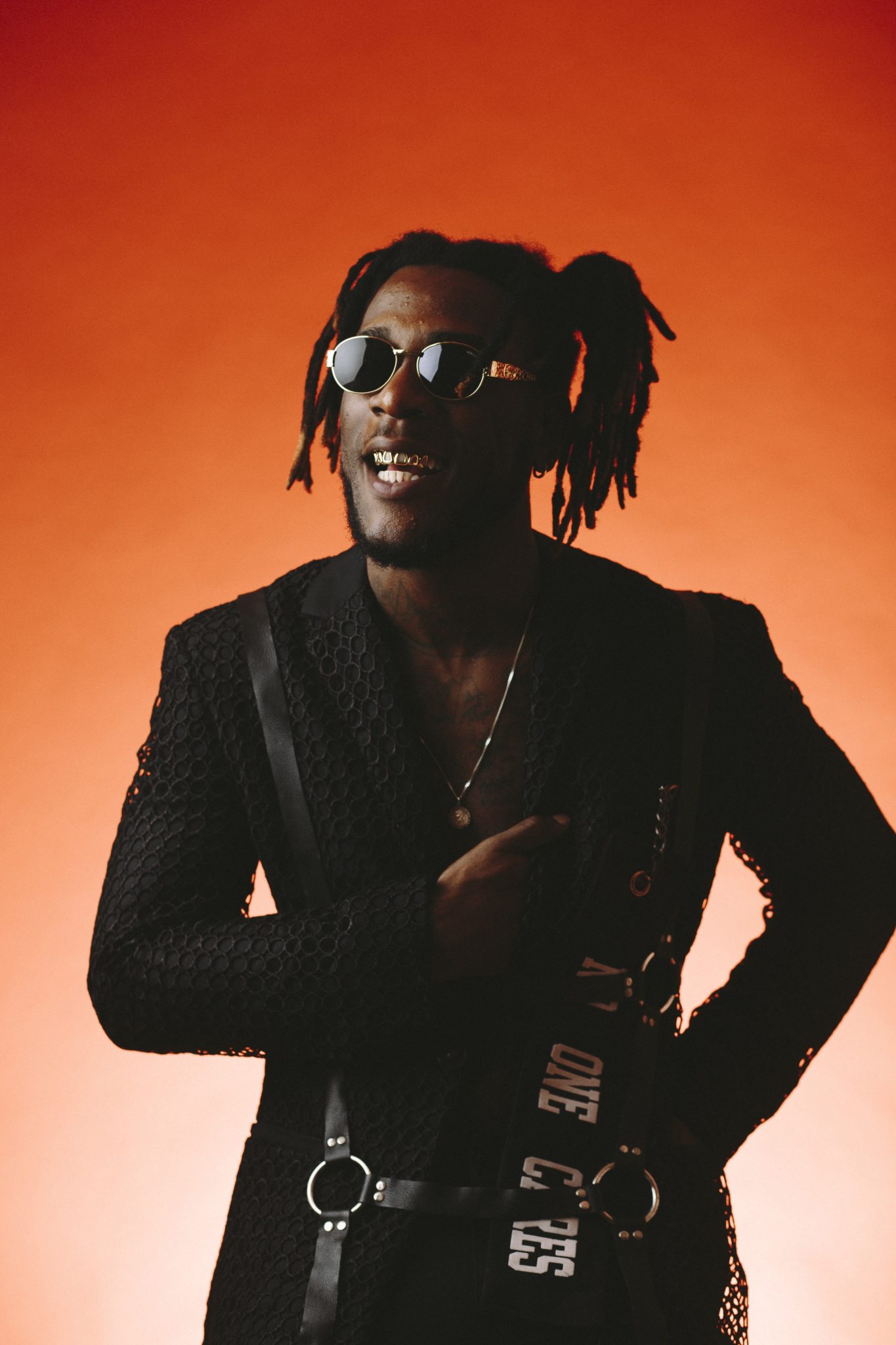 Nearly two years ago, the ‘Afrobeat vs Afrobeats’ argument became placard inscription in protests to save international media from overriding Fela’s legacy with the rise of ‘UK Afrobeats’, an upshot of popular African music played in London nightclubs—following D’banj’s instrumental leap into European markets at the turn of the decade.

The release of Wizkid’s Superstar in 2010, spurred a definitive but raucous era for experimental, virtually overproduced popular West African style music. Superstar blends Wizkid’s Ojuelegba flavour and vocal work with hip-hop grit, while the sound itself borders on electronics for the most part. Albeit unintentionally, the project glimpses how far Africa had come at the time musically; from Fuji-inspirations, on “Pakurumo” up till the earliest inspirations for African neo-R&B you hear on “Love My Baby”. This is important because, think about it like this: It’s been Afropop, R&B, Hip-Hop, Soul and Gospel Music amongst other genres to us for a minute, but until recently, music of African origins was veiled by the misguided connotation of being many variations of a generic African sound called ‘Afrobeat’. Even now, many proponents of UK Afrobeats, have clarified in multiple interviews that their sound has no relation to Fela’s Afrobeat. It’s not so much a rejection of the pressure that comes with taking on Fela’s socially-conscious legacy, as it also proves the far-reaching evolution of African music has long superseded narrow generalisations.

Today, Afropop is being historically and culturally solidified by the works of Wizkid, Davido and—despite his choice to be referred to as an Afro-fusionist—Burna Boy. Burna’s Afro-fusionist claim, is understandably a reflection of his honesty, as an artist who can create musical harmony by combining a range of elements without blurring his authenticity. Recently, however, sound fusion has been indemnified in Afropop by influences taken from Jazz, American hip-hop, European electronics, Afro-Latin and Carribean bass amongst other subtleties borrowed from popular music sub-genres.

Though the roll-out for Outside, technically began with “Rock Your Body”, in collaboration with Juls, Burna Boy’s first ergonomic single release from the project is “Streets of Africa”. The abstract themed “Street of Africa” art uses a palette of bright colours, and just enough attention to detail to dot Nigeria’s green white green flag in the title text. It’s the kind of subtle but precise African pride, you wish some of your favourites would show if they didn’t already fail at the bare minimum of mastering their sound.

On “PH City Vibration”, all of Burna Boy’s wanton influences from the city of his heart come together. Steel-pan drums form a Reggaeton-esque bass bridged with Jazz-inspired synths to alternate pace and flow. Burna Boy reimagines Port Harcourt through his eyes, recounting from the day he “was born inna the teaching hospital/ The 2nd of July of 1991”. The full Outside story becomes more vivid from here with Burna including interesting facts and introducing new characters.

“Know say Niger Delta boys no trust no minister/ That’s the reason why dem’a burst the cylinder” ; “Victory Baptist church next to cathedral/ Where Pastor Badu d’a the holy man / Him tell me say I wouldah be the chosen one”

Cuts like these where Burna sings of the not so glamorous details with perception he has resonated with over time, is Outside at its most picturesque. With an international record deal to ship, some artists in Burna’s position may have cut a track as deliberately Nigerian as “PH City Vibration”. Or go the Wizkid route instead; use loose songwriting, and settle for a corny but melodically efficient chorus. Here, Burna’s mettle pays off in the telling of his story as a man who considers himself the centre of the universe as much he considers everything that has made him a part of that universe.

Lily Allen’s presence on “Heaven’s Gate” has garnered the track a lot of attention in these parts.  Burna has said in multiple interviews that his relationship with Lily Allen is familial, and truthfully their collaboration does feel organic on wax. Burna does most of the real work though, invoking memories of early hip-hop noughties nostalgia with aggressive patois-laced verses.

Mid-way through Outside is “Ye”, the most progressive song on the project. Burna gives spiritual commentary on the state of affairs, lending inspiration from Fela’s “Sorrow Tears and Blood”, and singing of his own perspective on life, going forward. ‘Ye’, is a generic Nigerian expression that could come from the mouth of a stretching elderly person, or hint at the sight of chaos. While the irony may have been implied, what is discernible about “Ye”, is the amorphous, ethereal quality of this particular sequence.

On “Ye”, Burna is a jaded narrator speaking from within a country where socio-economic conditions are cyclical and everyone is too afraid to do anything about it.  Despite the occasional pressures to be a medium for the masses, Burna is not ashamed his choice to stay away from larger-society problems is bolstered by privilege; an impractical solution for people who may not have the luxury of choice between a ‘G.Wagon or the Bentley’. Unironically, Burna justifies the choice to be outside as a direct reflection of the reactions that have followed such endeavours in the past—because stereotypes skewer perspective (‘Dada cover my face, they calling me Lagabja’); or his means was misconstrued without the context for where he’s coming from (‘Plenty, Plenty suffer wey we face, just to make sure money dey’); and ultimately, because he cannot ‘Die for nothing’.

Outside is Burna Boy cascading the mastery of his sound with where he has come from and his own personal search for nirvana. You can hear this resolve loud and clear when he signs off the outro for “Ye”, languidly singing, ‘Oluwa Burna’, followed by more sombre adlibs of ‘Ye Ye Ye’ looping into the fade out.

The Outside Story: on burna boy’s rebirth and his ascension to immortality

Next Article Edez channels the doo-wop greats on “Omo Oba”