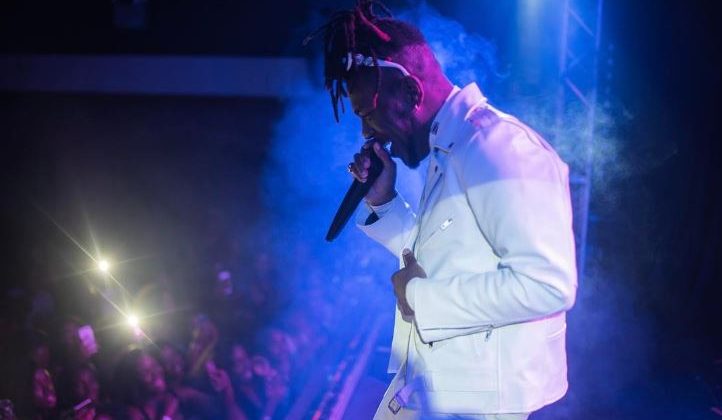 Best New Music: With “Rock Your Body” Burna Boy proves there’s no genre he can’t own

The first thing you recognize on Burna Boy’s new joint is that crisp sparseness that has become emblematic of British influenced Afrobeats, a crispness that comes from studious production instead of pure, unbridled inspiration. Nigerian Afrobeats is often frenetic, always slightly off-kilter, enough to intrigue you but not enough to completely throw you off. This is why it comes as no surprise that the song is produced by British producer of the moment Juls, who is also collaborating with Burna on a project of his own later in the year. Perhaps this British connection also explains why Burna Boy is breaking character and giving us “Rock Your Body”, one of his chillest songs in years.

In the last year and half, the singer’s music has been fueled by personal and professional controversies, his comeback single “Pree Me” signaling his reconciliation with long time collaborator LeriQ, and the follow up single “Hallelujah” chronicling the spats and disagreements he’s had in his career, and how somehow his music continues to resonate in spite of, or maybe because of them. Removing himself from our ‘toxic’ industry and collaborating with a producer completely removed from our local politics, might be the reason he’s feeling playful again. Because “Rock Your Body” is peak chill Burna Boy, rife with flirtatious lyrics and quips about bum-bum.

Think “Like To Party” but drenched in Jamaican Patois and a heavy dose of Burna’s relentless charisma. Saxophone solos pop up on the song’s chorus and verses. And traditional Nigerian instruments like the Shekere and the Pot drum provide that subtle afrobeats vibe that the song was otherwise lacking.

It might not be what we’ve come to expect of Burna, but it is definitely a welcome throw back for the fans from the early days and a good primer for people just getting into the singer’s catalogue.

Listen to “Rock Your Body”  via Apple Music here.

0100
Previous Article You won’t believe what Dencia’s been up to!

Next Article Charles III is too woke to be living in dreams on “What is Life?”