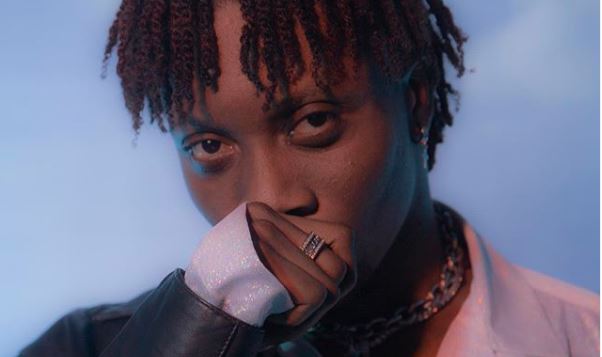 Oxlade came into 2020 with the type of cosigns dreams are made of; Wande Coal sang the lyrics to his song, “Shugar” on his Instagram Live, he secured a slew of high profile features including “Causing Trouble” with DJ Tunez, and earned a slot to perform at Wizkid’s Starboy Fest. He had spent the last 4 years building his reputation as mainstream talent and last week, he followed it up by releasing an impressive debut EP, ‘Oxygene’, to match the fanfare.

Through the 6-track duration of the tape, Oxlade performs melodic sets that seem geared towards translating the atmospheric feeling of air to music; “Cause music is the air I breathe”. On the standout track, “Away”, he gave Afropop an ethereal touch backed by the groovy beat Spax produced. Though the lightweight ambience of the highlife guitar riff Spax produced is airy, it’s Oxlade’s voice that proves most instrumental in capturing the otherworldly aura; whether he’s folding it into pillowy, backing harmonies or using his falsetto to put an exclamation point on his lyrics, “Let us fly/Away, away, away, away…”

Singing “Give me love, give me proper/ Give me sugar, give me down, down”, “Away” is penned with the same romantic intentions as most Afropop songs you’d hear in the club. However, it shows Oxlade’s immense talent to write and produce a catchy, heartfelt pop song addressed at a lover without feeling forced, corny, or patronising. The joyfully earworm-y melodies don’t distract from his intimate depiction of love as his vocals fuse with the groovy beat to make listeners’ hearts and heads nod along. Though Oxlade is still at the start of his career, “Away” points to great things ahead.

ICYMI: Check out all the essentials from Oxlade’s debut EP, ‘Oxygene’

0010
Previous Article NATIVE Exclusive: A-Q is moving from veteran rapper to leader of a renaissance