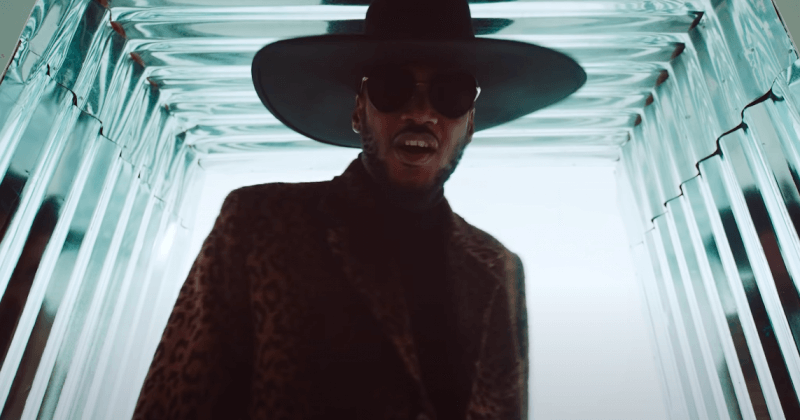 Towards the mid-‘00s, 2Baba—then known as 2Face Idibia—pivoted into a solo career. In the preceding years, he was one-third of Plantashun Boiz, the seminal group who debuted in the late ‘90s and opened the new millennium with two impactful albums, ‘Body & Soul’ (2000) and ‘Sold Out’ (2003). According to industry lore, 2Baba was key to the end of the group’s dominant run, after opting to sign a solo recording deal with powerhouse label at the time, Kennis Music. Justifying his decision, 2Baba continued from where he left off and instantly hit the ball rolling as a standalone act, becoming one of the continent’s biggest artists as the decade wore on.

Along the way, he hit a valley which eventually proved definitive within the overall picture of career. In 2008, 2Baba was in an unfamiliar situation: For the first time in his illustrious, decade-long career, the singer put out a solo album which wasn’t met with unanimous acclaim. Prior to this, every 2Baba album was far from just any other release; they were hotly anticipated events that lived up to their billing, both in terms of quality and instant impact. For an artist who arguably had four classic albums under his belt (Plantashun Boiz included), the lukewarm attitude to his third album was deafening and it was the first time 2Baba seemingly stumbled, which led many to doubt the godly heights he had made the standard today.

Just two years before, 2Baba had obliterated any idea of a sophomore slump, following up his classic debut album, ‘Face 2 Face’, with ‘Grass 2 Grace’, an equally classic album which is widely regarded as one of the greatest pop albums in contemporary Nigerian music. Given this back to back successes, his third act was expected to continue this immaculate run. However, the resulting album, ‘The Unstoppable’, was anything but business as usual, and a lot of the criticism stemmed from the belief that 2Baba had failed to meet the standards of his previous work.

While his first two solo albums worked within the same blueprint—both were released under the watchful eye of Kennis Music—‘The Unstoppable’ took a more experimental bent, pushing 2Baba’s r&b fascination to the forefront, a move that wasn’t satisfying to many. I vividly remember when a secondary school classmate was trying to convince the whole class that ‘The Unstoppable’ was an instant classic, but none of the rest of us were having it. At the time, the tradition was to keep a new favourite album on repeat so we could brag about knowing all the lyrics, but this was the first 2Baba album many of us didn’t leave in for prolonged periods in our Walkman and CD players at home.

Revisiting ‘The Unstoppable’ over the 12years since it came out, it has become easier to appreciate the album’s experimental flair, however, it does fairly lack the lived-in writing and bold, indelible hooks that has defined many of 2Baba’s best and biggest songs. But back then, it seemed more like 2Baba was in decline, and it didn’t help that there was a relatively new set of superstars – Wande Coal, M.I Abaga, Banky W etc. – who were already showing out and taking Nigeria’s contemporary music scene into a new realm.

Music fans can be very fickle. At the first signs an artist isn’t delivering according to their standards, they begin to question the efficacy of the artist’s powers and allegiances quickly begin to wane. This is what makes Andre 3000’s quote resonate with many artists, especially those who aim for mainstream success; they can go on a run that makes them invincible, but the perceived failure of their latest work chips into their rep, sometimes very significantly. Without a quick turnaround back to their “best”, the listening public will continue with their lukewarm attitude until the artist effectively descends from the pedestal of constant popularity.

Acutely aware of the stakes, 2Baba made a supreme return to form in subsequent years, proving that he was too big and too talented to be counted. First came “Implication”, the song that reclaimed his position as one of the finest at dishing out club bangers, then came “Only Me”, one of the greatest feats of honest introspection in Nigerian music. Armed with these two smash hits, the singer put out ‘The Unstoppable: International Edition’ in 2010, a front-to-end experience of 2Baba’s glorious and transcendental powers. A mixture of the best songs off his previous album – some of which were reworked and remixed – and great new additions like “Take it Back” and “Raindrops”, the new collection saw 2Baba find the balance between his need for experimentation and catering to a wide audience.

It would be a bit of a stretch to consider the period around ‘The Unstoppable: International Edition’ as a resurgence for 2Baba, and that’s mostly because he never really lost the Midas touch that made him a spectacular artist. But with the gift of hindsight, it was a comeback of sorts, which in addition to reinforcing his legacy as one of the greatest Nigerian artists, became a cornerstone of the singer’s longevity.

In Nigerian music, it’s commonplace for artists to fade into oblivion at the first signs that they’re struggling. It was especially rampant for artists who broke out in the late ‘90s and ‘00s to exit the scene after a few tepidly received offerings, or become a shadow of their best selves if they chose to remain around. 2Baba sidestepped those damning options brilliantly, cementing himself as Nigeria’s foremost perennial superstar, and becoming the conventional blueprint for longevity with his continued dominance in the first half of the last decade. In this period, he continued to release hits (“Ihe Neme” “Dance Floor”) even though subsequent albums didn’t reach the same level of critical acclaim as ‘The Unstoppable: International Edition’.

These days, albums such as Burna Boy’s ‘Outside’ and ‘Twice As Tall’ , Davido’s ‘A Good Time’ and Fireboy DML’s ‘Laughter, Tears & Goosebumps’ have helped full-length LPs regain a new level of meaning in gauging an artist’s star power, however, it’s still a well-known fact that scoring big hit singles is the ultimate key. Even though his prominence is now a given at every point in time, 2Baba understands the need to refresh his relevance, and he’s used the singles game to his advantage even with his output significantly slowing down in the last five years.

Earlier this year, 2Baba dropped ‘Warriors’, his first album in nearly six years, and in that time he had a few periodic releases, features and a handful of hit songs. Most notably, in the summer of 2018—four years removed from his previous studio album, ‘The Ascension’ – the singer delivered “Amaka”, an instant fan favourite which went on to become one of the biggest songs of that year. The song itself is a reminder 2Baba’s unvarnished ability to make great, easy listening music, but at the same time it doubled as a way of showcasing that the legendary singer can finagle a hit song at any point in time.

Hits are unpredictable, artists rarely ever know what is going to be a big song because they don’t know how an audience will react, however, there’s a level of experience that helps already proven artists to position their music to appeal to the wider audience. 2Baba hasn’t entirely hung this current arc of his career on making and putting out songs with the intention that they all become hits, but he clearly knows how to make them and it’s served him well so far, even when he isn’t at his most prolific or absolute best.

By the standards set from the singer’s previous albums and just generally speaking, ‘Warriors’ is quite the middling affair, but it has its fair share of enjoyable bits. Earlier this month, he shared the Wizkid-assisted “Opo” as the latest single off the album, adding a colourful set of visuals to Blaqjerzee’s thumping, club-ready beat and the raunchy subject matter aided by lively performances from the two artists. If it wasn’t for the ‘rona, there’s little doubt in my mind that “Opo” will be in rotation on DJ sets at clubs and parties, but there’s still a probability for it to be the latest addition to 2Baba’s record of having a hit song in circulation at nearly every point.

As much as his overall worth will never again be tied to whether he can score hits or not, 2Baba’s recent years have shown that he still has more to offer Nigerian music. He’s in that rare position where’s he’s not “only as funky as [his] next cut” like Andre 3000 said, but can also show up with widely enjoyable music when he wants without question. Over two decades in, he’s epitomising what it means to add to a legacy rather than solely resting on his many laurels. Well over a decade after springing back from a less than ideal position, 2Baba has remained relevant to an audience that’s figuring out how to pay attention to multiple generations of superstars at a time, and he’s setting the tone for what it means to be a long-serving artist in Nigerian music.

THE INCREASING ALLURE OF NON-CONFORMITY IN NIGERIAN MUSIC