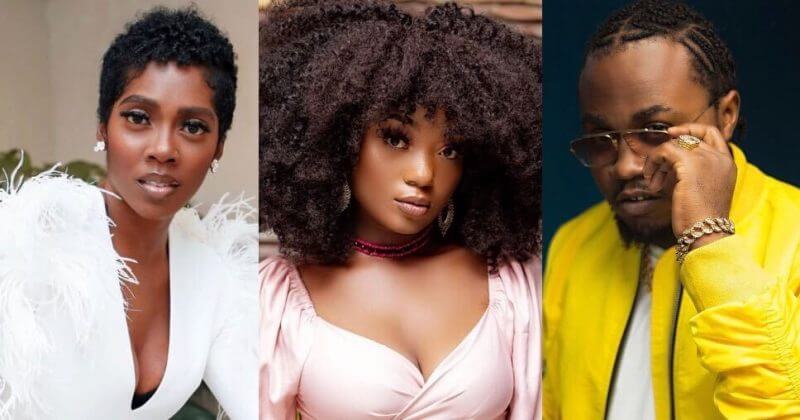 We started the week with new releases like Davido’s new collaborations with Snakehips, Jess Glynne, and A Boogie wit Da Hoodie, as well as, new releases from May D, Sinäi, Ona Dema and Dremo, CDQ, Wande and more. Our mid-week curation features new music from The Kazez, Efya and Tiwa Savage, Governor of African,  DJ Neptune and Bella Shmurda, Alpha Ojini and Moelogo, Skales and more. Enjoy

After getting our hearts broken in relationships we’ve invested our time and feelings in, we eventually learn to be careful with our most vital organ. We can’t go falling in love with every attractive person we meet (or more likely these days, find on the internet), but sometimes we encounter people that make us consider throwing caution to the wind. This is the premise for Lagos-based duo, The Kazez’s latest single, “Jericho”, a dance-driven afropop song addressed to their muse. Singing “I fall like the wall of Jericho/ If you no fit love me let me know” over the EDM influences instrumentals, The Kazez are being as careful with their heart as love can afford. With the attention to crafting infectious melodies and the beat’s satisfying bass-drop, “Jericho” plays out more like a confession of romantic intention than a foreboding warning against love like it feigns to be at the surface.

Efya – “The One” Feat. Tiwa Savage

Back in June, Efya and Tiwa Savage teamed up to restore our faith in reggae music as they refined the sound for a romantic number titled “The One”. After already enjoying massive fanfare from Ghanaian and Nigerian fans, the pair have followed up the single with an accompanying music video directed by Dammy Twitch, where Efya is a circus magician and Tiwa Savage the bombshell star act. Though neither of them perform any actual magic tricks, they shine under the spotlight with their vocal acrobatics as they address their love interests over the groovy instrumentals produced by Black Jerzee.

2Baba has released the music video for “Opo”, the Wizkid assisted standout track from his latest project, ‘Warriors’. Both singers have made a career out of performing romantic songs detailing their attraction to African women and their new collaboration continues along the familiar theme. While Black Jerzee’s catchy production made their endearing lyrics more compelling with the groovy harmonies destined for dancefloors, the recently released music video highlights the song’s aim of celebrating the beauty of women. Clarence Peters directed the video with studio sets where both artists perform their vocals while models in different colourful and elaborate clothes, dancing to the rhythm.

Bella Shmurda’s debut tape, ‘High Tension’ earmarked him as a brilliant singer bringing the indigenous Yoruba flavour to contemporary Afropop. Several tastemakers within the scene like Runtown and Davido have since taken notice and put him on the guest spots for their songs. His latest feature comes from Governor of Africa’s new single with DJ Neptune, “Good Life”, so it’s no surprise that it’s primed for dance floor audiences. Magicstics produced the catchy beat that sets a bouncy backdrop for Bella Shmurda’s breezy melodies and lyrics about living the good life; “Kill them with the vibe/ stand up and dance/ don’t you do gra gra”.  Bella Shmurda’s regimen for living the good life sounds easy enough and if it’s the model that he has followed to make a name for himself in Nigeria’s competitive music scene – it’s worth giving a shot.

Alpha Ojini has been one of the most consistently impressive rappers in Nigeria and he doesn’t disappoint on his latest single, “Chorister”, featuring Moelogo. After showing off the range of his rap community with “Pop II” featuring several of his peers, Alpha is tuning to mainstream pop songwriting with a romantic number written to convince a love interest of his intimate feelings. While Moelogo’s voice scales up and down infectiously on his verse and the hook, the lightweight production allows Alpha’s malleable vocals to adopt a sing-song melody while he lays down his endearing lyrics. Saying “Make a rapper turn MJ with the melodies/ still ain’t no harmony rich enough”, his self-awareness is convincing and the melodies will certainly put you in the mood to dance.

Next Article Reminisce is in cruise control on his new EP, ‘Vibes & Insha Allah’