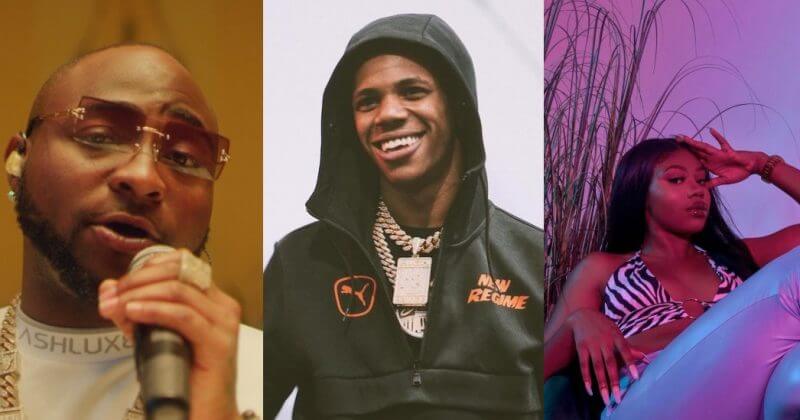 One of the most admirable qualities when in love is being able to lay your personal interests aside for the person you love, and come through for them in exceeding ways, whether that involves having to lie for them, or at the very worst, take a bullet for them.

In their latest release “Lie for You”, British electronic music duo, Snakehips teams up with singer, Jess Glynne, rapper, A Boogie wit Da Hoodie and one of our very own, Davido for a mid-tempo romantic number that encapsulates the feeling of selflessly loving someone through it all. Bringing his unique take to the song, Davido opens up by expressing how deeply he feels for his muse. His verse is filled with praises for her, staying true to his brand using Nigerian colloquialisms, ‘Baby I wanna see you bend o/I know you no say you be 10 o’.

After the release of the song’s original version last month, DMW singer May D is back with the remix to his single “Lowo Lowo” which features a guest verse from label-mate and founder, Davido. No other Nigerian artist does luxury like Davido (and he’s put his 30BG gang onto the same lifestyle) who is usually dragged on social media for his wealthy family associations. However for “Lowo Lowo Remix”, what he was mocked for becomes the very reason to celebrate and be happy as Davido sings ‘My papa don dey spend money since 1964/ enjoyment is my brother’, over the song’s mid-tempo beat. Love him or hate him, Davido is enjoying with his hard-earned 30 billion, regardless.

For her first offering since signing to Sony Music West Africa earlier this year, upcoming singer Ona Dema recruits rapper/singer, Dremo for a mid-tempo number titled “No Time”. Over a frenzy of percussions, afropop drums, and acoustic strings produced by Styno, Ona Dema sings about the effect that her muse has on her.

‘Your body dey make me craze/Your body dey make me wan dey misbehave’ she sings, boldly stating her sexual desires as she exclaims that there is no time to waste not enjoying each other’s physical embrace. Dremo joins her on the second verse, rapping in a mix of English and Yoruba, as he also makes known his carnal desires, stating that there’s no need to be patient as time is money.

We’ve all been in relationships or friendships where we realised a little too late that we were not being loved the way we wanted and no matter how many times we went back, the other party was unwilling to change. For her debut single “Toxic”, British-Nigerian singer Tochee sums up this feeling perfectly as she expresses her distaste for a toxic ex who left her worse off than he met her. ‘I ain’t toxic I’m just trying to make you feel part of my pain/It’s 2020 I ain’t taking your shit’ she sings, sending out honey-toned kiss-offs that show she’s past the bullshit. As she rightly says she’s a bad bitch who’s turned a new leave – you wouldn’t want to be her unlucky ex.

Sinäi’s first single of the year “Run it Out” is a fun, playful introduction to a talented singer ready to go the mile in proving she’s worth all the hype. ‘Best make way for the new chick’ she sings, opening the song with a confident, self-assured tone that instantly piques our interest. Over catchy afropop drums, Sinäi sings about her Christian faith which propels her to keep pushing to achieve her dreams and backs it up with impressive lyrics that have you bopping your head. This is definitely an artist that has a lot more to say.

Nigerian-American Christian singer, Wande is back with a new single titled “Come My Way” which features Teni and rising artist, Toyé. Over the infectious beat produced by Grammy-Award winning producer Ace Harris, all three artists sing about the immense blessings that seem to come their way after prayer to God. ‘Everyday saying my prayer/every night counting my mulla’ sings Teni stressing the importance of a relationship with God in order to enjoy the bountiful favour in one’s life.