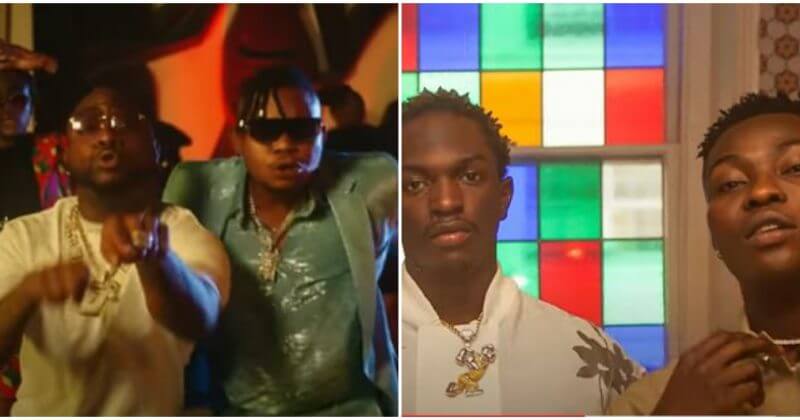 We’ve had music to fall back on through all the heartbreaking moments of 2020. Despite the ongoing pandemic, civil unrest, and the seemingly endless barrage of bad news, musicians have continued to capture our collective pop consciousness with new songs that either reflects our present reality or provide an escape from it. As pivotal as music has been to us getting by, it can be difficult to keep up with all the diverse streams of new releases, so we’ve created this column to keep you, our readers, up to date with all the finest tunes coming out of Africa and the rest of the world.

During the week, we brought you new releases from Remy Baggins, Supa Gaeta, Rhamani and more. On a packed day for new drops, our weekend curation includes the long-awaited, Davido-assisted remix to Olakira’s summer hit, “Maserati”, a collaborative single from Reekado Banks, Kida Kudz and EO, the lead single off Runtown’s coming album, and more. Dig in and enjoy.

Following its June release, Olakira’s “In My Maserati” became a dark horse in the running for song of the summer, racking up millions of streams (over 2.8million on audiomack alone) on digital streaming platforms and effectively becoming his biggest song yet. The song’s buzz kicked into a higher gear after a Davido-assisted remix was teased a few weeks back. The remix, along with an accompanying music video, is now out, and as expected, Davido absolutely kills it.

With the beat and the song’s showy flirting remaining the same, Davido’s appearance provides a renewed sense of novelty to “Maserati [remix]”, as the superstar references his affluence in resounding fashion. “Girl, I’m ready if you’re ready/Lasgidi to yankee for this pandemic/girl, I get dollar me I wanna spend”, he sings with a playful energy typical of the generous pop star. Even though his contributions remain unchanged, Olakira continues to act as the song’s anchor, with his indelible hook remaining as earwormy as the first time we heard it.

Since he dropped “Body Riddim” in late January, Runtown has been relatively quiet on new music front, only surfacing for the occasional feature appearance. But with the recent announcement of an impending album, the singer has clearly been working, kickstarting the rollout by sharing the lead single, “Kini Issue”. Digging into his familiar lover-boy bag, Runtown delivers a romantic set over summery piano chords, sunny guitar riffs and bouncy afropop drums. “Why any time I dey with you, I can’t focus/why all of a sudden me I can’t go”, he sings on the chorus, marvelling at the spell his lover has brought him under. “Kini Issue” doesn’t break the mould for Runtown, but it solidifies him as one of the best at dishing out catchy love-struck songs.

Following the release of a few loose singles in the past few months, L.A.X is set to close out the year with his sophomore album, ‘Zaza Vibes’. Ahead of its November release, he’s shared the third single off the album, “Go Low”, and it taps into the Amapiano movement from down south. Clemzy helms the mix of airy synth pads, wide bassline and shimmering keys, serving as the perfect accompaniment for L.A.X’s playfully chanted lyrics, where he urges listeners to dance and “go low”.

Killbeatz has been one of Ghana’s foremost music producers for well over decade, with a sprawling credit list that includes R2Bees, Sarkodie, Fuse ODG, Mr Eazi and much more. The producer will be headlining his very first project, ‘Love and Happiness’, a joint EP with veteran singer Ofori Amponsah and bonafide pop star King Promise. Preparing for the tape’s release this November, the trio have shared the lead single, “Odo Nti”, a mid-tempo cut that establishes the creative relationship between them. Killbeatz laces the beat with highlife-inspired guitars and a buoyant bassline, while King Promise and Ofori take turns promising eternity to their respective love interests.

Reekado Banks (sort of) promised fans a new LP tentatively titled ‘Daddy to Many’, as far back as last year. It isn’t clear whether the singer is still looking to put the album out, but he has decided to sate the ears of fans asking for new music. “Need More”, his new single, taps into the slinky vibe of afroswing and it features UK-based rappers Kida Kudz and EO. Mirroring the playful hedonism found at parties, the song finds all three artists boasting of the credentials that makes them the life of the party. “Henny in my cup, need more/got a lot of racks”, Reekado sings on the catchy hook, while Kida and EO follow with light-hearted verses of their own.

When it was announced, many expected “Follow Me Reason”, the new collaborative single between Zilla Oaks, Psycho YP and Eeskay, to be a thumping banger featuring hard-nosed bars tailor-made to dunk on opps. However, the trio have inverted those expectations into something entirely different but just as impressive. Backed by Jaylon’s sunny production, they channel their softer sides into a romantic bop. Although there’s still a fair bit of boasting on the song – “shoot niggas like a nigga Spike Lee/and the juke drizzle like a nigga Ice T”, YP raps – they do it in service of wooing their love interests. With their lively performances, “Follow Me Reason” plays into the trope of hard guys being openly emotive when they meet someone they like.

NATIVE PREMIERE: WANI RETURNS WITH “ALL MY LADIES”

Next Article A 1-Listen Review of Tems’ ‘For Broken Ears’