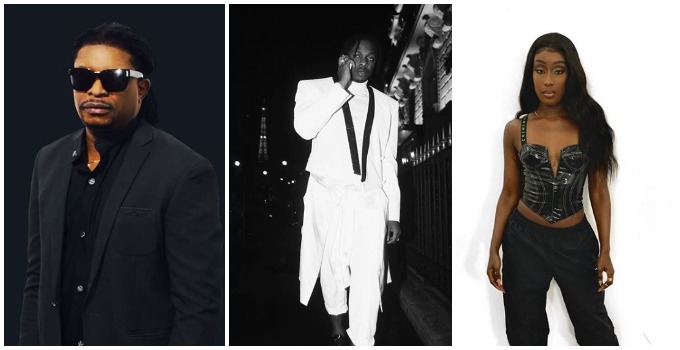 Not too many songs are on the same pedestal as Paul Play Dairo’s evergreen hit songs, “Angel of My Life”. Since its release in 2006, the song has become a mainstay in romantic events, and is generally accorded a different level of reverence. Capitalising on its cultural capital, Paul Play has linked up with Runtown for a new version of the song. “Angel of My Life (Remake)” comes with a new, EDM-infused beat that echoes the production on the original, while Runtown adds a new verse that reflects his international badaman killer persona. Although “Angel of My Life (Remake)” doesn’t have the same fresh magic as the original, it serviceably reacquaints us with Paul Play as one of the golden voices of contemporary Afropop.

With the ability he’s shown over four solo singles and a few features, Nviiri the Storyteller is an artist worth keeping eyes and ears on. The Kenyan singer-songwriter is currently signed to Sauti Soul’s record label, Sol generation, and upon pressing play on his newest single, “Kesi Baadae”, it’s immediately apparent why he caught the Afropop quartet’s ears. In his music, Nviiri tells easily digestible stories, detailing both the situation and emotion through his writing and ear-catching melodies. The sway-inducing “Kesi Baadae” continues to hone in on that flair, as he sings about a situation with a love interest whose father doesn’t approve of their relationship.

UK-based Nigerian singer, Tomi Agape has a thing for keeping quiet on new music for long periods of time. That might just be changing. The singer’s latest single, “This Way”, arrives less than five months after her last drop, “Full Moon”, which is pretty rapid in Tomi’s case. The good thing is, she always delivers, and “This Way” is no exception. Tomi thrives in the pocket where vulnerability and confidence mix, and her new single uses that trait to full effect. Over humming piano chords and bouncy mid-tempo drums, she wags her finger at a trifling ex, recalling his past misdeeds and flaunting her agency to move on after a difficult heartbreak. “Love has changed me today, take time with emotion, pour brown let me zone”, she sings in a dancehall-inflected tone on the beautifully sung hook.

Sometimes, getting heartbroken results in spitefulness towards someone you used to hold a flame toward. Ghanaian singer Supa Gaeta captures this feeling on his new single, “Never Again”, where his mix of disappointment and anger is palpable and relatable. Supa sings about getting jilted by someone who’s still texting her ex, promising to never open his heart if she comes back around. In letting out his emotions, the good thing about “Never Again” is that he never crosses into the type of distasteful name-calling that many male singers are prone to while singing about their women exes.

Maya Amolo possesses a captivating, conversational voice that makes it easy to get engrossed in her music. Over the last three years, the Kenyan singer has littered her SoundCloud page with loose singles and covers that impressively showcases her immersive brand of lo-fi neo-soul. “I Know” is her new single and it’s the first release ahead of her yet-to-be announced debut project. The single continues her knack for confessional writing, as she laments the imminent end of a relationship. Although “I Know” sounds a bit more polished than Maya’s previous work, it still contains the raw and unfiltered feeling that’s become associated with her.

Remy Baggins – “As Friends Tho”

With his 2019 EP, ‘Hentai’, Remy Baggins anointed himself as a connoisseur of singing about the intricacies of casual sex. While that EP portrayed Remy as as the one in control of those situationships, his new single, “As Friends Tho”, flips the script. Over a colourful, self-produced beat, Remy plays out a scenario where he gets stuck into the friendzone, even though he and his interest continue to have physical relations in the past. Between the overconfident bridge packed with sexual innuendos and the declarative hook personifying his partner, “As Friends Tho” leaves an open-ended storyline, since it isn’t clear whether Remy is fine with the arrangement or not.

Next Article For the Girls: JaZzz Atta is the r&b singer captivating audiences with her voice