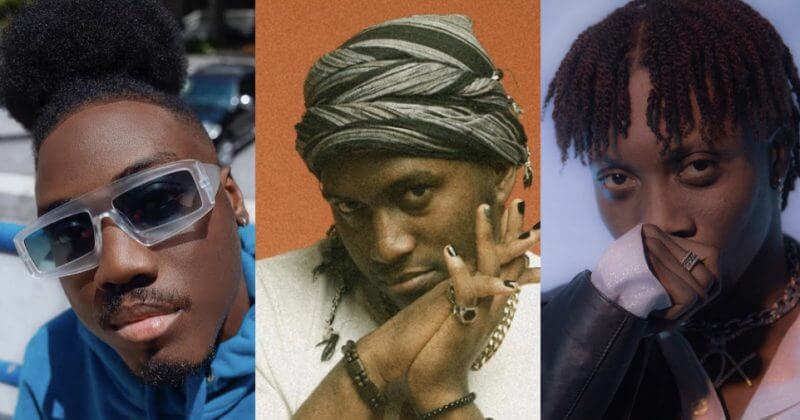 Songs of the Day: New music from Remy Baggins, Psycho YP and MOJO, Supa Gaeta and Oxlade and more

Though it has been a slow week for music releases, we’ve made sure to capture all the highlights with our Songs of the Day curations. We started this week’s curation for Songs of the Day with new music from; The Cavemen, Skepta, L3, and Michael Phantom, Eugy, Toyé, Sir Dauda, and Simi. Today, we are featuring the new releases from Remy Baggins, Psycho YP and MOJO, Ghanaian singer, Supa Gaeta and Oxlade, Rhamani, and more for our mid-week curation and you can enjoy them below.

Remy Baggins has consistently represented Nigeria’s anime fandom by making reference to the Japanese cartoon culture on each of his 3 projects. Just like his last EP, ‘Sakura’, his latest project, ‘Amaterasu’ gets its title from the ninja anime, “Naruto”. As a result, he’s able to tap into his more forceful elements for “Gboju!”, one of the standout tracks from the tape where he features Psycho YP and MOJO to deliver cocky brags.

Ghanaian singer, Supa Gaeta is gearing to release his new EP, ‘SUPA SZN’ in the coming months. While fans anticipate its release, the singer has shared the tape’s lead single, “Text Me” inspired by his experience from the pandemic-induced lockdown.

Singing “It’s a lockdown thing/ Facetime me, make I run that thing” over the breezy afropop production, the song continues the genre’s romantic conventions as he expresses his intimate feelings for his muse. There’s also a guest verse from Oxlade who performs a melodic set that builds on the distant lover narrative as he joins Supa Gaeta to plead for a text from their muse. The accompanying visualizer made by YX Animation depicts Supa Gaeta and Oxlade in a Simpson’s style art while we watch both singers try to win their muse’s affection over the phone.

With his debut tape, ‘Full Moon Weekends’ Whoisakin proved that it’s possible to make upbeat and joyous songs that can still put listeners in their feelings. On the Olayinka Ehi-assisted opener, “Magic”, he delivered a sensuous r&b infused performance with lyrics that narrate his experience with unrequited love. “She said to me/Though it feels like magic/ I’d be on my way”. He has now shared the YX animated visualizer for the track and it depicts him in his wolf form as he rescues the animated Olayinka Ehi who plays the damsel in distress.

The visualizer video for “Magic” depicts Whoisakin fighting off some robots who attack Olayinka Ehi in the forest. However, just like in the song, he fails to earn her love and the video ends with him getting a door slammed in his face.

America-based Cameroonian singer/dancer, Rhamani has released a new single, “Pepeni” ahead of the release for his upcoming project, ‘Just Rhamani’. He had previously shared his self-produced debut single, “Legedis” and “FAWO” in 2018 and 2019 respectively, but while we wait for the tape’s scheduled release, he has given fans a new dance-driven single to enjoy.

“Pepeni” has an upbeat rhythm reminiscent of the Azonto era of afropop. Though the sound is no longer as trendy as it was, Rhamani invites us to recall its groovy appeal. He has built his fanbase around his dancing so his embrace of the dance-driven sound is hardly surprising. Ghanaian rapper, Dahlin Gage also contributes a rap verse that shows the genre’s range. By conjuring the throwback sound, “Pepeni” sounds instantly familiar.

ICYMI: Catch up on all the latest releases from earlier this week

Next Article NATIVE Premiere: WANI returns with “All My Ladies”