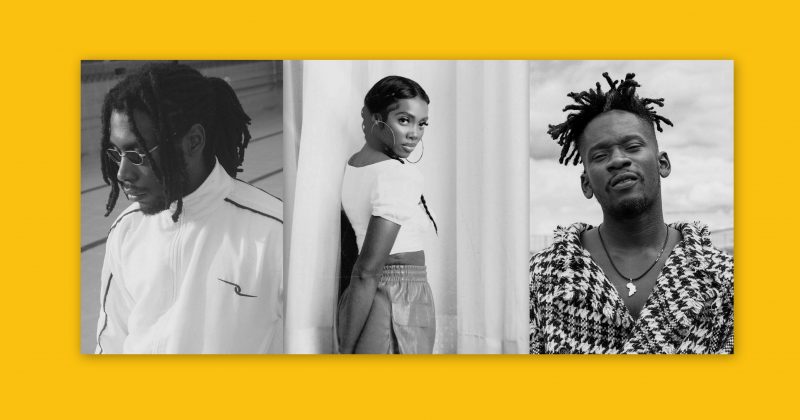 When 2016’s “One Dance” landed Drake his very first Billboard Hot 100 chart-topper, optimistic Afropop fans hoped a butterfly effect would trigger an improved level of visibility and commercial viability for the genre in the American market. The global outlook was justified, but the aftermath of “One Dance” showed it was always going to take more than one singular event to establish Afropop as a mainstream sound.

Despite the vivid contemporary Afropop influences on “One Dance”, its smash success, similar to the genre’s previous assault into the American space, didn’t occur in an isolated bubble. For a prior year, Tropical House—a gentrified blend of Caribbean pop and EDM—had produced a slew of chart-topping hits like Justin Bieber’s “What Do You Mean” and OMI’s “Cheerleader”, paving the way for the infectious amalgamation of Afropop, Caribbean Pop and EDM that made the success of “One Dance” inevitable.

Wizkid’s RCA-floated ‘Sounds From The Other Side’ came the following year, packed with sauntered melodies and Afro-Caribbean musical aesthetics. But with the average reception for ‘SFTOS’, it was clear that Afropop’s had to shed its novel status for more overt cross-over ambitions. The first half of this year has already given an indication of who the major proponents of the sound are, and which direction they are headed.

The Nigerian music year in 2019 officially kicked off with Coachella festival announcing that Burna Boy and Mr Eazi would perform on this year’s edition, on the main stage. While the news confirmed the growing Afropop acceptance stateside, two big acts billed for the highly coveted stage is noteworthy considering last year’s debacle, which many feared would blacklist the genre in festival circuits.

Although Burna Boy’s demand for recognition by the festival became the subject of many op-eds, it ultimately created an avenue for unabashed marketing and stateside promotion, further boosted with the early-April release of ‘Steel & Copper’, the collaborative tape with Los Angeles-based, Grammy-nominated production duo, DJDS. In support of the tape and his ongoing African Giant tour (which has seen him perform to a sold-out crowd at New York city’s House of Blues), Burna took off on a mini-press tour of the US, stopping by Apple Music’s Beats One for an interview with Ebro Darden, as well as an interesting conversation and freestyle on highly regarded hip-hop radio show, Sway In The Morning. It all culminated in his Coachella performance, where he enthusiastically performed at a relatively early spot, to a crowd of potential Afropop converts over two weekends.

Similarly, Mr Eazi took the Coachella main stage in delivering a golden Afropop moment, making the most of his later-timed evening set. The singer, whose mainstream entrance was influential in sonically reshaping Afropop, has spent his years in the spotlight curating his career as something of a pan-African act. His elaborate performance at Coachella was used as a means to evangelize festivalgoers on contemporary African music. It is noteworthy that this is the first time two contemporary African artists would have dedicated solo spots at Coachella, in addition to the cameo appearance of South African House artist, Moonchild Sanelly on Major Lazer’s set during the first weekend.

The very next weekend, Moonchild Sanelly was in Lagos, performing an eye-catching set at this year’s edition of Gidifest, sharing the stage with top-flight Afropop acts like Teni, Niniola and Patoranking. During the same Easter weekend, the sophomore edition of the ‘Homecoming’ festival took place in Lagos, capped out with its closing concert featuring UK rappers, Skepta and Octavian, as well as Afropop acts like, Simi and Runtown. The most notable highlight of the Homecoming concert was Nigerian music ascendant, Rema performing numbers off his eponymous EP for the very first time to rapturous acceptance. In the final moments of April, Kizz Daniel held his very first headlining show in the UK. Performing to a reported crowd of 2,350 people, the singer became the latest in the list of Afropop acts, including Burna Boy and Wande Coal, who’ve performed the prestigious arena in the last months.

Joining the list of superstars on the global performance/festival circuit, Davido performed at the Summer Jam festival in New York, earlier this month. Prior to that, the Afropop flagbearer had been enjoying some level of success on the Billboard charts. After becoming one of the most Shazamed songs in the US earlier in 2019, the singer’s hit single from 2017, “Fall”, was picked up began to gain more traction on US radio, eventually topping out at the thirteenth spot on the Billboard Radio Airplay charts. “Fall” is a product of Davido’s Back to Basics era, and the track’s run on the airplay charts is a positive indicator for made in Nigeria Afropop.

2019 is also witnessing a new dimension to partnerships between homegrown labels and foreign investment with Warner Music, (one of the big three) taking on Chocolate City Music, in a promising venture that looks prime to boost the cross-Atlantic Afropop push. Also, early last month, Tiwa Savage joined the list of Afropop acts with international deals, inking a recording contract with Universal Music Group that is set to capitalize on her crossover potentials. Back home, Ms Savage’s former home, Mavin Records, received a massive injection of funds from Kupanda Holdings, investors of Uber and Spotify.

The stealthier Alté generation have also reached a new milestones. Earlier in the year, Abuja-based singer, Tay Iwar premiered the video for his “Space” single on prominent streaming service, Tidal, before releasing his debut album, ‘Gemini’, on the Soulection imprint, the Los Angeles, California-based community platform integral to the prominent careers of artists like Goldlink, Masego and Xavier Omar. In Lagos,  multi-disciplinary creative, Santi also finally released his long-awaited debut album, ‘Mandy & The Jungle’, with features from DRAM and Goldlink on “Demon Hearts” and “Maria”. Shortly after the release ‘MATJ’, LVRN co-founder, Tunde Balogun announced Santi as the latest artist to join his Atlanta-based label and artist management outfit.

Even with new assurances for Afropop, continued collaborations with more established US acts remain essential to pushing the genre’s forward-leaning intentions. In the first half of 2019, Davido shared the spotlight with Cassonava’s on “2AM”, and with Russ on “All I Want”; Maleek Berry delivered the hook on Goldlink’s raucous “Zulu Screams”, both artists later perform the track on The Tonight Show with Jimmy Fallon; and Wizkid appears on “No Lie”, the eleventh track on Goldlink’s new ‘Diaspora’ album.

Afropop is still sustaining momentum. Earlier this week, Burna Boy picked up the award for Best International Act at the BET Awards, continuing Afropop’s winning streak in the category. Few hours later, organizers of the Day N Vegas festival announced their line-up, revealing that Santi would be performing on the festival’s third day. With the culmination of marquee events in the first half of the year, major proponents of the genre like Wizkid, Davido and Tiwa Savage are expected to deliver long-awaited songs and projects as the year-end peak concert season kicks off with Afro Nation music festival set to take place in Portugal at the beginning of August. There all indications Afropop will be more positives to look back on at the end of 2019.

0200
Previous Article See Ladipoe in video for Crayon-assisted single, “Based On Kpa”

Next Article Watch The Video For 2Baba and Waje’s “Frenemies”