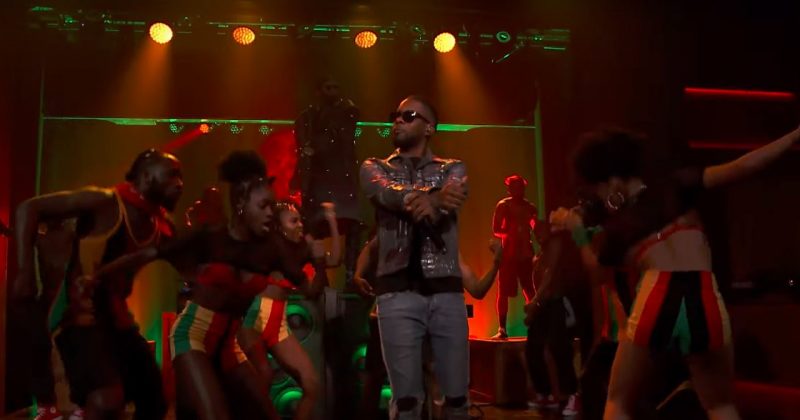 Afropop production group, Legendury Beatz and Mr Eazi shared their 3-track collaboration tape, ‘Zanku Leg’ a few weeks ago. The project featured Mr Real and Zlatan on the “Zanku Leg Riddim” track and they have now put out an accompanying ‘vibes video’ to highlight the song’s proficiency on dancefloors. The video was premiered under Mr Eazi associated charity organization, Empawa Africa, but it is set in Yokohama, Japan, showing a Japanese dance group performing a choreographed Zanku inspired dance routine, decked in traditional Japanese threads that underline the global reach and acceptance of Nigerian culture.

DJ Snake has a pretty stellar track record as a producer. So it’s no surprise that when it’s time to assemble a posse cut, he can flex the depth of his contacts list with all-star collaborations like “Enzo”, featuring Sheck Wes, Offset, 21 Savage and Gucci Mane, “Taki Taki”, featuring Selena Gomez, Ozuna and Cardi B and his latest release, “Loco Contigo”, featuring J Balvin and Tyga. The new single comes with a colourful Colin Tilley-directed video that takes the bright and carefree nature of summer to surreal extremes as we watch giant snails and colourful Sasquatch-like creatures dance along to the groove of the summer anthem.

Asides exposing some of the problematic opinions about women in our society, Kizz Daniel’s #FuckYouChallenge offered a platform for new artists to get discovered. Cheque’s cover of the ex-disrespecting song stood out of the bunch for his melodic cadence, seamlessly blending rapping and singing. The Obafemi Awolowo University graduate has since released three singles, “Jeka Soro”, “Pain Away” and “Abundance” under Phyno’s Penthauze Records label and just shared the music video for “Abundance”, where his hip-hop sensibilities are more prominent as he takes some more shots at women who turned him down while he was broke. Under the outlandish guise of Hip-hop, however, his brash intentions are less cringe and more honest expressions of his feelings while we watch the glitch filtered video Jaiyeola Adedamola directs.

As you’d expect, news of Lil Yachty’s writing credit for City Girls’ “Act Up” hit single generated some hilarious memes and comments on social media. Rather than shy away from the backlash, they take advantage and keep up the momentum as they feature the NY rapper in the Ray Kay-directed spring-break-themed video. The video plays up the narrative even further with skits where he’s offering suggestions on how to make the song sound better.

Goldlink aligned himself with the hip African culture for his sophomore, ‘Diaspora’, which featured African artists like Wizkid, Maleek Berry and Juls. Last week, the rapper graced the “Tonight Show” with the performance of “Zulu Screams”, featuring Maleek Berry who joined him on the stage along with colourfully dressed dancers that capture the African essence with their kinky-hair styles, costumes and dance.

Like most successful action films, “Olympus Has Fallen” is getting a sequel, “Angel Has Fallen”. Lionsgate is making a new instalment of the government agent glorifying film expected to hit cinemas this August. The trailer shows the film’s lead, Secret Service agent, Mike Banning (played by Gerard Butler), being framed for an assassination attempt on the President (played by Morgan Freeman). Pursued by his own agency and the FBI, Banning has to protect his life, his family, the president and his reputation by uncovering the real terrorist threat.