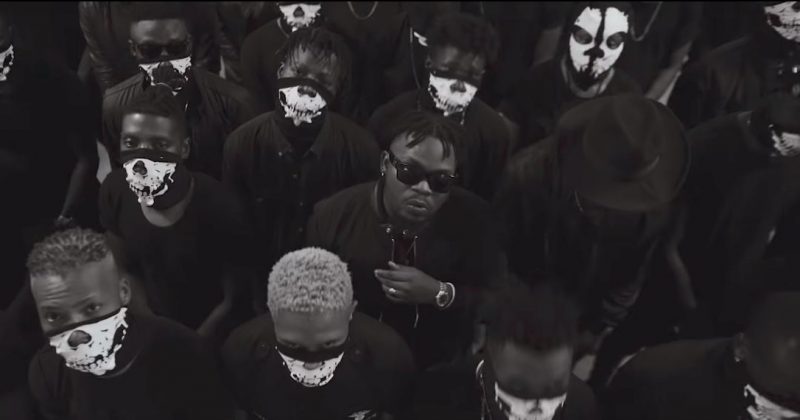 Olamide often gets a lot of flack for not being as insightful, deep or focused as he should be, and he should. An annual concert, several hits and yearly album drops, under a decade, since his career started, feels like a normal progression but Olamide’s god-status is also a product of a series of events beyond him. First came Da Grin’s untimely death leaving a vaccum at the top of Yoruba hip-hop. Then, the spread of open file transfer technology like Bluetooth and micro SD cards.

Olamide was one of the first few digital artists in the ears of the everyday Nigerian, and this feeds his eagle eye for what the public wants and vice versa. And naturally, in a country where the majority live in squalor amidst evident affluence, his catalog for the most part is filled with the exact kind of lightweight commentary people going through hardship can enjoy without thinking too much.

But man shall not live by club hits alone.

Thankfully, this year, the YBNL boss appears to finally be stepping onto that documentarian mantle, many older fans have long-dreamt he would claim. Starting with this year’s “Science Student” video making social commentary on drug abuse and his era-defining “Logba Logba” stamping his footprint his history.

“Poverty Die” continues his music video renaissance as his pseudo-spiritual lyrics are depicted in a captivating performance showing Olamide wearing a white garment with others in prayer before he is later shown in black with men in black clothes, using their laptops. Though some of the scenes Unlimited LA directs are inspired by videos like Kanye’s “Mercy” and Kendrick Lamar’s “Humble”, the message at the core of the video’s imagery shows the legitimate and illegitimate lengths Nigerian will go to avoid poverty. The video for “Poverty Die” may not have the same all-out dance performance that made “Wo” and the Shaku-Shaku dance it incited so riveting, but it captures a Nigerian sentiment that perhaps only the YBNL label head can express adequately.

You can watch the music video for Olamide’s “Poverty Die” below.


ICYMI: Watch the video that started the Shaku-Shaku trend, “Wo”

Next Article Yomi Blaze and Picazzo are living the Nigerian dream in their new music videos, “Ika” and “Macaroni”