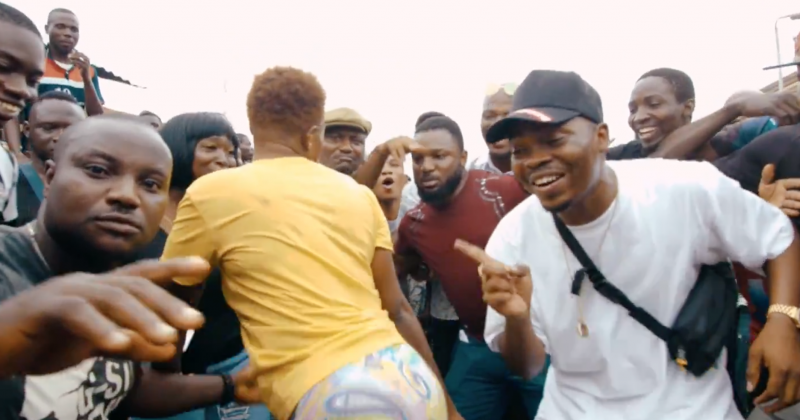 10 days ago, Olamide released “Wo”, a quintessential street song with little or no narrative but with very catchy beats that cuts across street playlists to those of average listeners’. The power of Olamide’s “Wo” is in moving body parts to a sundry of dance moves. Knowing this, Olamide began the #Wochallenge as a build up to the official video, promising to give three remarkable entries in the competition N1 million each. And so did he. Asides giving the winners monetary value for their efforts, the dancers also made the official video, which Olamide has just released.

“Wo” ticks all the boxes for all that it’s intended: it’s the perfect song, shot in the perfect location for the perfect video. Guided by Unlimited L.A, Olamide takes to the streets of Bariga, where he spent a significant part of his life growing up and thinking of the future. Perhaps he saw (or may not have seen) this coming that one day, he’ll release a music video dedicated to the streets that will have people clamouring for him and his sound, transcending lives beyond the streets to the boundless regions of the internet. But here we have it, “Wo” produced by the wicked producer, Young John –he makes a short cameo in the video as well.

ICYMI: Olamide is cleaning the street and raising awareness

0000
Previous Article The Meaning of Birth according to Lagos singer-songwriter, Falana

Next Article Roots: The Meaning of Birth according to Six Creatives