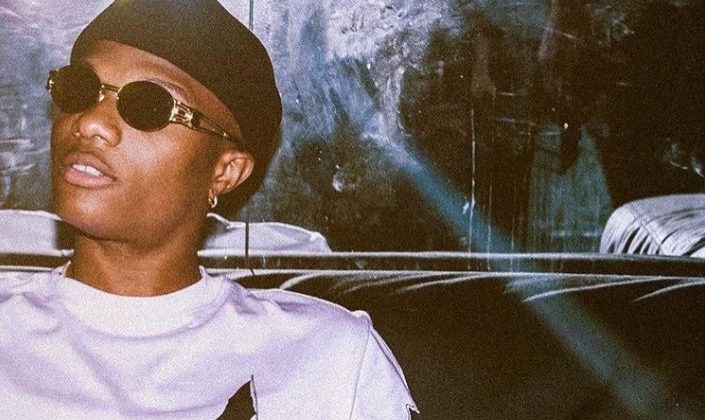 Essentials: Of “Sounds From The Other Side” and the place of Wizkid in African music

A guitar thrumming amidst shakers and wooden drums is how “Sweet Love” opens. As Wizkid breathes ‘All I Need Is One Love’, the arrangement is transformed with a drum roll and a bass guitar humming sweetly along the set piece. The sway is not implied but as it is with African music, even as themes run in circles, the draw is melody, and the magic is finesse.

Wiz masterfully does both, re-purposing Bob Marley’s infamous call for global peace for vainglorious self-celebration like only Baba Nla can. To say expectations for Wizkid’s third studio album was high, would be to undercut the pressure on the 27-year-old to pull off a successful major-label debut and re-state his claim as Africa’s top act. What therefore makes for a better re-introduction than to demand for love? Sweet, sweet love.

Like Superstar, Wizkid’s ground-breaking 2011 debut, “Sounds From The Other Side” comes at the epoch of African music rising on a global mainframe. With an RCA imprint deal closely marketed alongside collaborations with some of the biggest artists in the world, SFTOS was expected as Wizkid’s seminal album for the modern African sound. However, between 2014’s Ayo and singles leading up to the project, Wizkid’s shift has been incremental, craft-wise and extensive, sound-wise, leaving fans at a loss for what to expect from SFTOS.

Funnily, despite a multiplex of R&B and Pop influences bearing mark on “Come Closer” and ” Dirty Wine” featuring TyDollar $ign, Wizkid never veers into hip-hop or the nether regions of trap. SFTOS, retains Wizzy’s flirtations with Caribbean patois and EDM, an indication his continental responsibility does not directly reflect a fixation for Africanness without innovation. “Naughty Ride”, his shining collaboration with Major Lazer sets pace for more electronic work on “Nobody” and the dancehall-inspired “Gbese”, Wizkid’s strongest album-closer ever.

Though an unintended misnomer for the album, Sounds From The Other Side, packs some of its heaviest punch into its second-half. On “Picture Perfect”, Wizkid returns to R&B basics fans have sorely missed since earlier material like “Gidi Girl”, off Wizkid’s Superstar debut. “All For Love”, the best track on this other side, comes prepared with Latin-inspired steel pans and groove. Producer DJ Mariphosa, (“Soweto Baby”, “One Dance”), reinvents his infamous Afro-house fusion with singer, Bucie who Wizkid features for a silky duet about the limits of true love.

Fans who expected a critically African album, may only have Sarz produced stand-outs like “Sweet Love” and “Sexy” to serve their palates, but SFTOS holds Wizkid right where he needs to be. As a convener for modern African music, the project cements all of Wizkid’s influences well enough to overshadow the fail of lukewarm cuts like “African Bad Gyal” and “One For Me”. As an emerging artist transcending sound and cultural barriers, Wizkid’s craft is streamlined to easy-to-consume pop and the universal language of love.

After a couple of replays it’s still hard to tell who exactly is on the “other” side of the sound, Wizkid brings forth. A great pop quiz for the Starboy would be to definitively say if he’s taking African music to the other side of the world, or riding the new school Afro-wave to distant lands. But perhaps, it should have been obvious Wizkid did not expect to be taken literally since Efya sleepily implored him to make us dance on lead single, “Daddy Yo”. Because he rises to the occasion and delivers without question.

Stream Wizkid’s Sounds From The Other Side via Apple Music

Next Article Here’s some good news, Max Go has launched