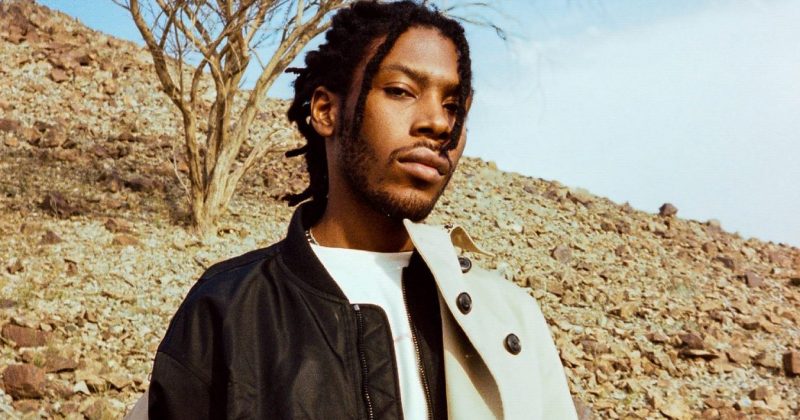 When ‘Mandy & The Jungle‘ pops up in conversations five years from now, the most interesting thing to see would be how the roll-out and release of the project is replicated in popular Naija fashion.

soundtrack to my universe. my debut album Mandy & The Jungle 17.05 cover and tracklist available for pre order art by @tycho23 , tireless nights but thank you for bringing out the world in my head. love to everyone who helped put this universe together. none of this was planned but it surely was written. almost time.

Being a risk-averse artist in a space where traditional styles are safer bets for quick wins, Santi, in spite of his relentless reclusiveness, cannot shy away from being labelled a trendsetter. His new album oozes with an indelible dreamlike Afro-fusion, the truest reflection of Santi’s greatest joy: “A freedom to create without limits”. But what is also unforgettable about this studio debut is the way the record has come to life with a lithe deliberateness at every turn; from pre-released singles to visual aesthetic.

Although Mandy & The Jungle is his fourth studio project, Santi revels in hedonism, nostalgic love and youthful aspirations often commonplace on neo-R&B debuts. That Santi doesn’t make any grand statements does not mean Mandy & The Jungle isn’t laced with poignant thought-streams often warped in his diminutive language (Santinese) and a twisted sense of humour. On the opening track, “Raining Outside”, Santi affirms his availability to a lover who has nobody else to call. He however also lazily suggests their heart-to-heart can wait till morning.

Even before Santi announced his deal with Interscope-affiliated American label, LVRN, speculations about the calibre of features to expect from Mandy & The Jungle tapered towards producers or artists with prominence for an added cross-over edge. But starting with production work done almost entirely by his Monster Boyz collective, Santi’s collaborators are immersed in his own synth-set electronic universe. Instead of following a trend we have come to anticipate from otterly Afropop careers, features from DRAM, Goldlink, Krisirie and Kida Kudz tip Santi as one of the greatest curators of the Alté generation. On “Demon Hearts”, “RX-64 (The Jungle)” and Raw Dinner, Santi fluidly transitions between realms of experimental hip-hop, R&B and contemporary Afropop. Under the careful arrangements and across colourful expressions and synchrony, Santi’s pointed world-view and obscure influences (like Owl City) bubble to the surface.

Mandy & The Jungle is wildly difficult to define, without prior understanding of why Santi has so many far-reaching influences. Santi like many young Africans around the continent was groomed by MTV Base (started operations in Lagos in 2005) in his early teens, then unassumingly transposed onto post-MySpace social networks as an adult. Over the last two decades, the spread of cable TV and mobile technology have become honeypots for investors and startups looking at African markets, but there is no truer reflection of how quickly Afro-urban culture is evolving like the DIY music scene.

The term ‘alte’, was contentiously coined for Nigeria’s DIY musicians in reference to what many traditionalists view as an ‘out of the norm’ lifestyle. But as Santi embodies on his new album, the word ‘Alte’ is short for ‘alternative’, but that’s not what it means. Rather, it’s a compressed summary of the wide-ranging cultural influences can inspire the movement. And when the guitar-licked opening moments of “Diamonds” temporarily transport you to a world of Disney-teen dramas, “Mandy & The Jungle” shines brightest: As validation to a generation’s experience, an acknowledgement of the limitless possibilities that can happen when millennial Nigerian nostalgia meets contemporary popular art.

Stream Mandy & The Jungle below

Toye is at NATIVE Nigeria. Tweet at him @ToyeSokunbi

Next Article See the music video for Oshmann’s “Mans”