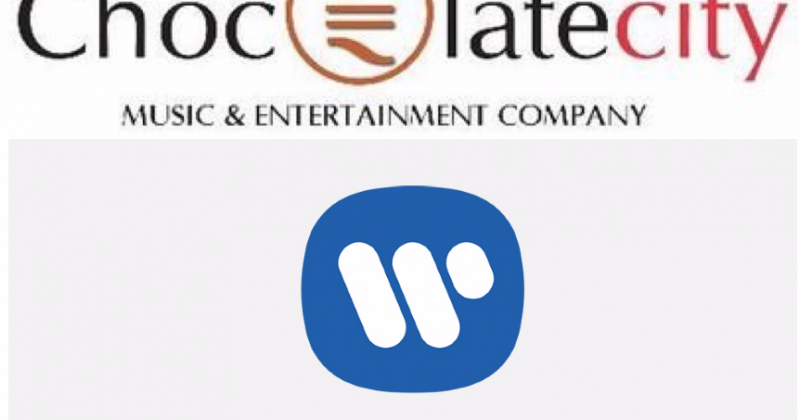 It’s been an interesting couple of months for Nigerian music, investments wise. Midway through 2018, the Nigerian arm of Universal Music Group began operations in their Lagos offices and Mavin Records secured a big bag of investment from Kupanda Holdings to consolidate and expand their operations. Adding to that list of re-focused investments on Nigerian music, Chocolate City and Warner Music Group announced a partnership deal last week.

Over the last decade, Chocolate City has established itself as a mainstay in a music industry that is a revolving door for recording labels. Their new collaboration with Warner, is primed to further increase their longevity and relevance, as well as exponentially amplify the quality of services provided to artists under the label’s umbrella. “The partnership with Warner Music Group is unique in the sense that our clients get the best of both worlds—bespoke services by a highly experienced team across Africa and a dedicated global team to further push their music and their brands”, Chocolate City Group CEO, Audu Maikori said in the statement announcing the joint deal.

Although there isn’t any precise information, publicly detailing future plans, there’s a myriad of positive possibilities in the CC-Warner partnership, including:

Visibility is central to distribution. Since revenue from Digital modes of music consumption—sales from downloads plus streaming—trumped physical sales in the middle of the decade, overt focus is placed on getting to listeners through these smart but always saturated spaces. Although anyone with access to the internet can spread their music to various digital sales and streaming platform, via a variety of digital music distribution spots, the influence of a major label significantly heightens visibility.

Although Chocolate City will be serviced by ADA, the independent services arm of Warner, their affiliation with a powerhouse label increases chances at making in-roads into bigger market spaces. Also, considering the importance of playlists to visibility in the streaming era, the influence of a co-sign with as much heft as Warner’s, could land Chocolate City artists on the biggest playlists across streaming platforms. You can imagine the ripple effect of a Blaqbonez or M.I record landing on Spotify’s Rap Caviar, right?

One of the more innovative rollouts of last year came from the stables of Chocolate City, in the form of ‘LAMBaugust’. Over a three week period in August, three rap albums of disparate stylings were released consecutively, ostensibly marketed as an adrenaline shot to the supposedly shoddy state of rap in the country. Even if some disagreed with its premise, the elaborateness could not be dismissed, making all albums involved essential listening.

With the new Warner partnership, which undoubtedly comes with some level of financial commitment, the constancy and efficacy of innovative rollouts like ‘LAMBaugust’ should only be intensified. For artists on the label, old and new, there’s going to be a cache of assurance that their music will have healthy budgets to float their promotion ideas, which is usually a major bane for artists around these parts.

On a standout from last year’s Yxng Dxnzxl, “Another Thing! Do Not Be A Groupie”, M.I Abaga raps: “I represent the biggest label Africa’s ever created”. Even though that bar is delivered with an impervious conviction, it seemed doused in overstatement. Currently, with their urgent Warner affiliation, Chocolate City is right on track to becoming the biggest label on the continent, and M.I’s rap might just be prescient.

Around the middle of the decade, Chocolate City set up new offices in Kenya to expand their operations to the Eastern part of the continent, Victoria Kimani being the only notable addition to the roster. Now with a far deeper war chest, Chocolate City’s expansion attempts across Africa now has a bigger boost, creating the opportunity to run multiple operations concurrently. Although the label has remained popular, it hasn’t been able to replicate its chokehold on the Nigerian and African music terrain from the early ‘10s. Right now, they have the potential to eclipse that peak by pushing a variety of talented artists around the continent to higher levels. Only time will tell.