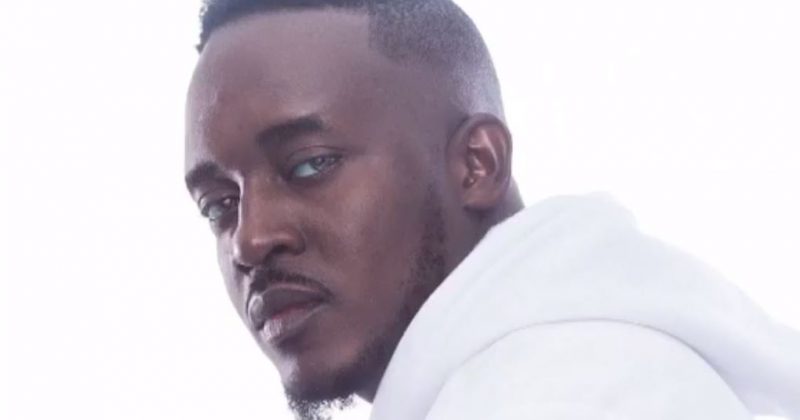 Even at his most watered down, mainstream pop savvy, M.I has never shied from imbibing political themes in his music. It gives the impression that the weight of the injustice in the world is a persistent burden on his shoulder. And yet, fans have had to wait for over two years between the announcement and release of his 8th project, ‘Yxng Dxnzl: A Study on Self Worth’.

But it’s better late than never for the Chocolate City boss, who magnified expectations for the album to legendary proportions. During his sit down with the Loose Talk crew last year, M intimated he was forced to scrap the album’s first demo after criticisms from younger collaborators dished on the pre-finished product.

The eventual 10-track album dropped at the tail-end of last month to instantly warm reception. But unlike M previous studio albums, Yxng Dxnzl is bleached of everything pop and gives an uncomfortably brutal—but honest—look at M.I’s self-portrait.

Through the project, M.I occasionally expresses his thoughts through the voice of other people, whose interviews he samples to feature as skits and interludes on the album. Other times, he disguises his own voice in crooked, glinting bars and closes songs with revealing session with a presumed therapist. Pro-self confidence at every turn, ‘Yxng Dxnzl: A Study on Self Worth’ is a portrait of Yxng Dxnzl in fragments that refract M.I’s persona, forming a more complete picture of a man who has had a lot of dirt thrown on his name in the past.

The lengthy track names are the first hint at the journal-style M.I employs for this project. M.I gets right into it on the first track, “Do You Know Who You Are? Take Some Time And Meditate On You”, opening with the sound of a coin flip and some ominous bird chips that welcome listeners into the psyche of a rapper who almost seems bored of being on top of hip-hop’s allegorical throne. His talent for catchy—often corny—punchlines ensure that his pointedly-existential lessons aren’t hastily shoved into corners and wallpapered over by the wonderful ballad fueled hip-hop beat Tay Iwar produces.

M.I’s bold statements on lead single, “YRSFUYL”, sticks out like a sore thumb on ‘Yxng Dxnzl: A Study on Self Worth’. Though the harsh bars worked for promotional value when it was released last year, on the album, it only serves to show M.I’s self-righteous side, which the therapist on the album attributes to his lack of intimacy, caused by fans’ idealistic impression of celebrities.

It’s admirable however he’d admit the flaws of the larger-than-life legacy he has painstakingly groomed over the years. This message is especially poignant on the next track, “Another Thing! Don’t Be a Groupie”, where M brags about all his accomplishments, inevitably encouraging the quixotic standards he had earlier complained about.

Despite the implied introspective direction of the ‘Yxng Dxnzl: A Study on Self Evaluation’, M.I’s messages are packaged such that on “Stop! Never Second Guess Yourself”, he can seamlessly go from cheering a woman to speaking to the person in the mirror. On “You Are Like Melody, My Heart Skips a Beat”, a romantic cut from the album, he confesses he’s “Learning Everyday But Hoping This (his relationship) is No Lesson”. But for all the relatable sentiments he expresses, the struggle to reveal the most real parts of himself comes at the price of his ability to nimble in and out of cadences. On “I Believe In You, You Should To, Believe in You” he compensates with carefully considered schemes and a time-space defying fluidity saying “My Self Esteem Was Low As Low Can Be/ Then I Caught A Glimpse of Older Me/ Young Denzel Has Come, Set The Culture Free” over the bass bumping beat GMK produces.

M.I’s deepest personal inflections come together on the 9th track, “The Self Evaluation of Yxng Dxnzl”, the album’s stand out track. The PatricKxxLee produced beat booms with a bass line that goes hard enough for M.I to abandon hip-hop’s braggart conventions, opting instead to explore secrets most rappers would rather keep to themselves; “I’m So Unprepared/ Everybody Wants My Help/ They Think I’ve Got Enough to Share/ I’ve Been Struggling for Motivation/ No one is Aware”. Through his fourth wall breaking lyrics, he can step outside himself and tackle insecurities even the biggest M.I critic wouldn’t dare touch; “Its Exciting When They Sight Him/But They’d Be Different if They Saw Inside Him/ But Here it Goes; I’ve Been Battling a Deep Depression (woah)”.

The album closes with “Love Never Fails, But There Are Prophecies Love Will Cease to Remain”, a cathartic dirge to the emotional toll those battling depression endure. The track features a verse from PatricKxxLee, who only recently got out of rehab after checking in to seek proper help for his mental health problems. He and other featured artist, Tay Iwar, join M.I to paint a riveting image of the reality of a mental health patient struggling to find help. Tying the mental-health awareness anthem with his personal journey and coming to terms with his insecurities wraps M.I’s self-positive album neatly in a bow. Like his extremely introspective Illegal Music 3, ‘Yxng Dxnzl: A Study on Self Evaluation’ suffers from the same narrowed gaze at the man under the project’s spotlight, but it’s by far M.I most thoughtful LP till date.

You can stream ‘Yxng Dxnzl: A Study on Self Evaluation’ below.

ICYMI: The NATIVE Exclusive: M.I isn’t the messiah the world wants him to be