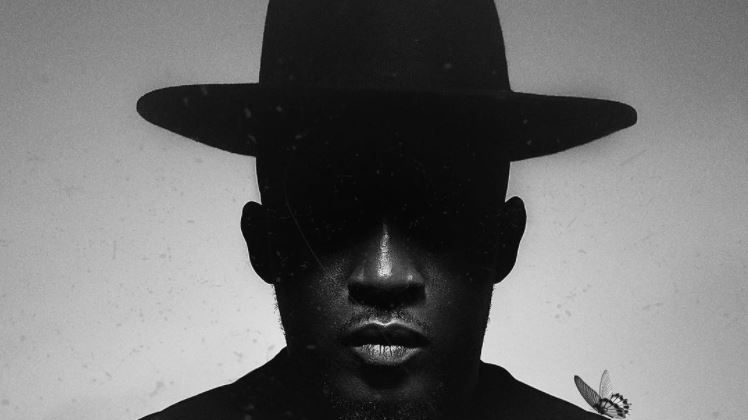 M.I’s new track is kind of fire but not all of it adds up

If there is one thing M.I especially gets right on his new track, “You Rappers Should Fix Up Your Lives”, it’s the self-awareness that he should be close to retirement. Technically rappers never retire, but the goal is presumably to reach a class of living greats where nothing the artist does can go wrong; for perspective, think JayZ, Dr Dre, Lil Wayne and Eminem.

M.I’s rise to critical acclaim and his career since have been documented as part of the Jude Abaga story through the years. Some of it was recently re-hashed during the rapper’s guest appearance on Pulse’ Loose Talk Podcast, recalling years of the media questioning M.I’s legacy. The going premise is that The Chairman‘s cultural value has gradually dampened over time. For an artist, this can mean his music has failed shelf-life tests, or that holes need to be poked in his overblown ego. Thus, it comes as no surprise that M.I has been defensive with his approach to critical judgment of his place in Nigerian music history.

On “The Finale”, the opening track off M.I’s Illegal Music 3 mixtape, he raps of a realisation of purpose, and becoming a structure that ‘can house the homeless’. Though introspection saves the rest of the tape from delving further into a central focus set on M.I’s repeated promise to ‘save the game’, his latest track is a lone single, and once again M.I is charging himself with the task of a resurgence to usurp the current industry order.

Produced by NATIVE #Trybesman, Patrickxxlee, “YRSFUYL” is predetermined with the same ambient synths reminiscent of Patrick’s Disco Utopia days. M.I benefits from Patrickxxlee’s use of low rumbling heavy bass, allowing him to chant over the whole arrangement with the prominence of a man who wants to be heard as clearly as possible. He is not nearly accentuating every word, as he is speaking to his contemporaries with the tampered rage of a kingpin at dinner with his erring mob. ‘Clark Kent, Clark Kent/ we need Superman/ So I had to get in the booth’, M.I raps, self-proclaiming himself, once again as the Messiah to rescue the hip-hop game, in a manner only similar to that infamous mobster movie quote: “If you want a job done right, you have to do it yourself”.

Funnily, this is a narrative M.I has saddled his ride to glory with since he declared himself ‘Naija’s rap messiah’ on “Safe” nearly a decade ago. The years following M.I’s initial success, however, has seen the rapper moving from strength-to-strength by adapting to industry shifts to meet his goals as an artist. Notably, M.I made effort to retain critical reverence with his Illegal Music mixtapes, while cornering the mainstream market with albums primed for radio. Along with other iconic parts of M.I’s discography—where lyrical ability or weight of the subject matter gleaned his deftness as a master wordsmith—Mr Incredible has no doubt made something out of the nothingness, in an industry where rappers are almost predestined to languish in the underground. But it’s 2017 and it appears M.I is being haunted for doing just enough where he could have done more.

The intentions behind “YRSFUYL” are seemingly noble as M.I puts it plainly, when he goes ‘SA rappers out here killing y’all’, an understatement—in fact—of the increasing global interest in hip-hop from South Africa, partially due to the recent international buzz around Casper Nyovest and Nasty C. In a sense, one would also presume the more expansive successes of Wizkid and Davido with Afropop should spill over to related genres like Nigerian Hip-Hop. But the problem lies in the premise of such thinking, firstly, because there is a deep socio-cultural history to why South African music has so many foreign influences, and secondly because M.I is merely alluding to past glory in the oblivion of how much has changed since he first picked up a mic.

Today, digital media and streaming continue to curate and evolve how listeners discover music. And because music tastes often remain consistent over time, even the most stringent soundscapes have broadened to accommodate a blend of ideas. It may have been important to answer questions like: “Who is the best rapper?” a few years ago, but artists are now rated on several scales depending on the direction of the conversation. What is labelled as ‘rap’ today, is solely defined by the listener, and anyone who is still calling out ‘rap-singers’, hasn’t probably been listening to the radio for the last three years or so.

At it’s worst, “YRSFUYL”  is M.I’s high-minded approach to the failure of Nigerian rap to sustain a place in the mainstream.  Which is almost bizarre, coming from the same man who also profited off an industry where corporate sponsorship artificially inflates artists value thanks to radio being the sole determiner who’s hot and who’s not. Even more questionable is that M.I has often reflected his choice to make commercial albums on fans, but during his appearance on Loose Talk podcast, the Chairman admitted seeking inspiration from his self-publishing millennial counterparts like Odunsi and Tay Iwar. So one wonders which ‘rappers’ M.I thinks should fix up their lives, after all, within the same generation of artists, there are rappers like Sute Iwar, Straffiti, A.T, King Zamir, AYLO, and PayBac amongst others, who are critically revered by small but strong niche followings, against odds of radio support.

Despite a tepid central theme, there are moments of flair on “YRSFUYL”. M.I’s cheeky closing line particularly puts things in focus, when M raps ‘I made this shit easy for ya’ll/ I laid it off the board/ You messing up my alley-oop’.  It may not be enough that M.I is on this #FixUp campaign instead of heading back to the studio to work on altering what may become an uncharacteristic legacy, it’s also hard to fault the man’s claim that someone else should have capitalised on the sacrifices he made.