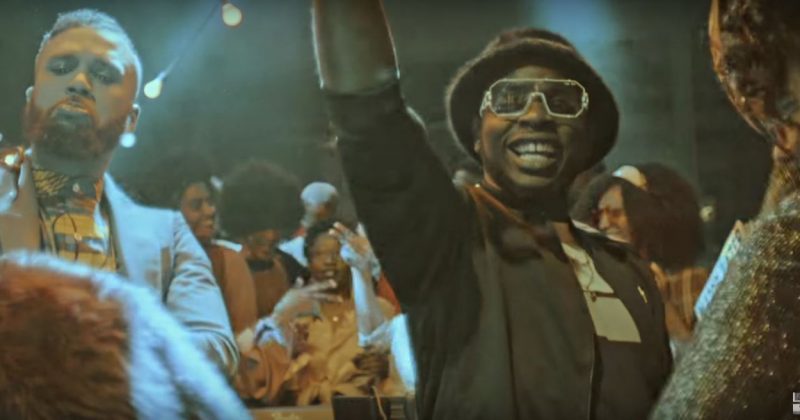 Reggae supergroup Major Lazer has easily been one of the most progressive collectives working today. The group has been using its influence to put on a number of amazing artists, including Anitta and Pablo Vittar from Brazil and Skales and Yung L from Naija. They have had a strong presence in Africa following their string of features with Nigerian artists (Wizkid, Mr Eazi, Skales and more) and a Diplo visit back in April. Coinciding with Afropop’s recent global fame, their role in African music’s representation on the world stage cannot be understated. Though the 6-tracked Know No Better EP released in June was packed to the brim with guest features from around the world, they left room for Patoranking, Ice Prince, Jidenna and South Africa’s Nasty C on the 3rd track, “Particula”.

The “Johannesburg 1979” text displayed at the start of the “Particula” video sets the scene for an Afrocentric and retro motif of the video before props like Afro wigs, old stereos, tribal face paints and 70’s style dressing consolidates. Nasty C, Ice Prince and Jidenna perform their parts of the song—Nasty C sings in a car, Ice Prince on a roof and Jidenna while is seen fixing his signature coif —before converging at a dance club where DJ Maphorisa spins and gets the crowd dancing. And though Major Lazer only appears via a poster at the club with a picture of all three members of the group, their presence can be heard on the EDM harmony of the Afropop beat.

ICYMI: Major Lazer’s Know No Better EP features some of the biggest acts in Africa