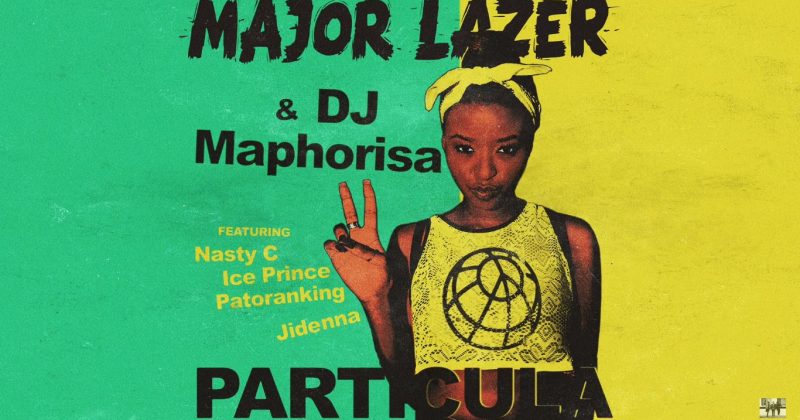 Peace Is the Mission was released exactly 2 years ago and Major Lazer are celebrating the EP’s anniversary with a brand new Know No Better EP. The 6 track EP was released today as a surprise for fans and to ensure that the gift is well accepted, they have enlisted the help of A-list artists from around the world.

Title track, “Know No Better” featuring Travis Scott, Quavo, and Camila Cabello already has a lyric video but other tracks featuring, Machel Montano, Konshens, J Balvin, Busy Signal, Anitta, Pabllo Vittar, Sean Paul, Nasty C, Jidenna, Patoranking and Ice Prince were put up with only their cover arts. Major Lazer’s hottest single of the year, “Run Up” is decidedly absent from Know No Better but it is still expected to be on their next full length project.

Major Lazer front act, Diplo was in Nigeria earlier this year as part of his world tour and this seems to be resulting feature track from his time in Africa. “Particula” features some of Africa’s finest both home and abroad and it gives Jidenna his first African feature. The Pop singer joins Patoranking, Ice Prince and South African rapper, Nasty C for what should be a summer since African artists know all about heat and Major Lazer music works best in sweat socked clubs.

Nasty C, Ice Prince, Patoranking and Jidenna might appear like a mismatched pairing at first glance but Major Lazer are no stranger to odd yet fruitful mashups. Nasty C delivers a sing song rap flow that isn’t typical of the rapper but serves as a clever entry point for Ice Prince’s gruff hook joined by Patoranking’s adlibs.

Listen to Major Lazer’s “Particula” below.