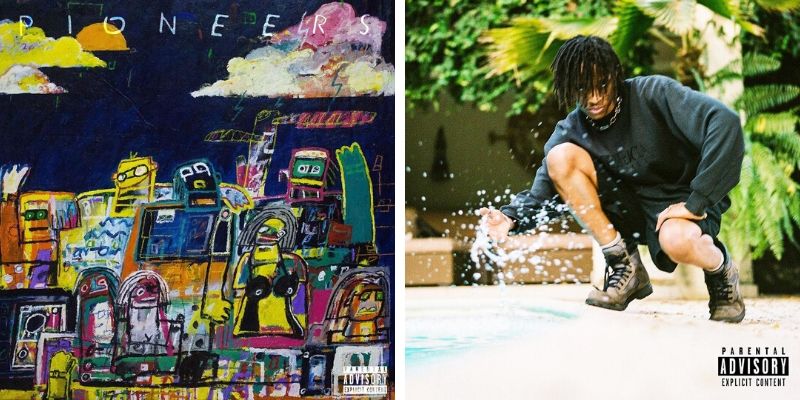 Friday is universally known as the day for new music releases. This means there’s so much music to wade through, and a few might be lost in the shuffle. To help out, here’s a run-down of newly released projects The NATIVE recommends from this week’s slew of releases. From the joint tape from Mut4y and Elhi, debut projects from Terri and Northboi, new EPs from Juls and Maison500, and more, make sure you dig in – you’re welcome.

It took about a decade for DRB Lasgidi – BOJ, Teezee and Fresh L, to put together their newly released album, ‘Pioneers’. The 12-track project is both an acknowledgement to their individual growths over that time, as well as their influence on Nigerian music and youth culture. To that end, ‘Pioneers’ is packed with high profile features from Olamide, Odunsi (the Engine), Santi, Tems, Lady Donli and more.

Mut4y, one-half of production duo, Legendury Beatz, linked up with rising Fresh Meat alum, Elhi, for a joint EP which could very well be the beginning of his breakout era. ‘Eu4ria’ is made up of five tracks, including previously released singles, “Bad” and “Feeling U”, which serves as good indication of the young singer’s talent. The project is entirely produced by Mut4y, while Elhi handles vocal duties all through.

Since his introduction on “Soco”, Starboy signee, Terri has been biding his time with singles and feature appearances. The singer has now released his long-awaited debut project, ‘Afro Series’, which houses seven new tracks, with production from Sarz, Tuzi and more. Terri clearly wants to introduce himself on his own terms, and give people a taste of what he’s really about, with no guest features on his debut.

Reniss is a Cameroonian singer/songwriter who makes vibrant Electro-Pop music, while also inflecting folksy elements to reflect her roots. ‘Nzo’ is the singer’s sophomore studio album, the official follow-up to her 2016 debut album, ‘Tendon’. The new LP contains twelve tracks, with no guest features.

Maison2500’s last project, ‘Maseworld’, shot the rapper into higher prominence which introduced most people to his immense talent. His follow up, ‘Turnpike’, continues to consolidate Maison as one of the more exciting artists around, and shows his growth since his breakout. The short tape is made up of five tracks, including the exhilarating, Odunsi-assisted lead single, “Dirty Fanta”.

Less than a year after releasing his stellar and vibrant sophomore album, ‘Colour’, Juls is back with a new EP, ‘Happy Place’. The UK-based Ghanaian producer/DJ continues to explore the colourful range of music in Africa and the diaspora, with the 5-track EP featuring a range of guest artists from all around the globe including Busiswa, King Promise, Jamaican reggae artist Jah Cure and Canadian-Nigerian singer TOBi.

Since ascending to mainstream prominence as the producer behind Wizkid’s “Soco” and a string of follow-up hits, Northboi has christened himself the oracle of new music. After his major controversy and fall out with Wizkid last year, the producer is back to letting his music do the talking. ‘Spirit Business I’ is Northboi’s debut project, and it comprises twelve tracks with no featured vocal assists. The beat tape is Northboi backing up his assertion that he’s one of the best around, and he’s not wrong.

Listen to ‘Spirit Business I’ via Apple Music here.

ICYMI: HERE ARE OUR BEST NEW ARTISTS FOR THE MONTH OF APRIL

0000
Previous Article For the Girls: Oluwaseun Ayodeji Osowobi’s S.T.E.R Initiative wants survivors to know it is never their fault

Next Article Life in Quarantine: Here’s how Lady Donli is spending her days indoors in Toronto