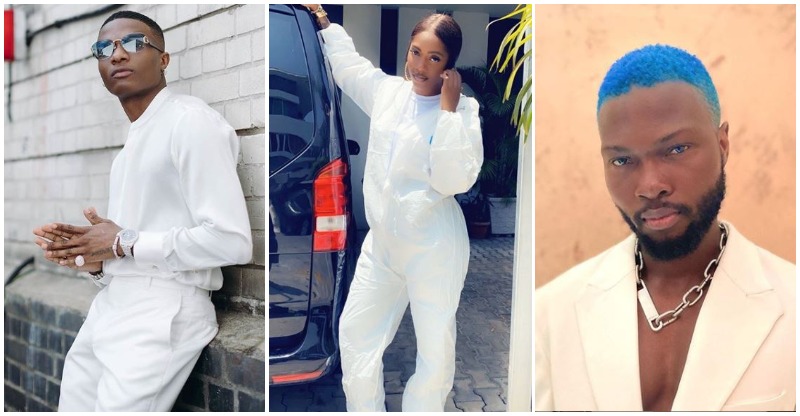 The constant frequency of cross-Atlantic collaborations is proof that afropop is only moving forward with its global appeal. This week alone, we’ve got new music from Tems and Davido alongside Khalid, and Santi joined Octavian and Obongjayar for a hypontic bop. Across the continent, music has only become more diverse and expansive, leading to a daily flurry of new releases. We’ve decided to help out by sorting through new songs from across all the sub-genres around the continent to curate a column with all the best “Songs of the Day”, to highlight all the new releases you absolutely Need to hear.

For our mid-week edition, we brought you music from Jean Feier, B.Banks, Tide, as well as the gorgeous collaboration from Sauti Sol and Soweto Gospel Choir. Today, we feature the new joint single from Akon and Wizkid, WurlD’s first single of the year, Reekado Banks’ collaboration with UK producer/singer Parker Ighile, and more. Dig in, and you’re welcome.

Akon’s affinity for Nigeria’s biggest pop stars has well-documented over the years, and none more so than Wizkid. In the past, the two collaborated on “For You” off Wizkid’s sophomore album, ‘Ayo’, now and they’ve reunited for new single, “Escape”. Backed by glossy, stadium-pop instrumentation, both singers make the perfect pairing for a romance-themed set. “I Will Climb The Tallest Mountain, I Will Swim The Seven Seas If I Could, To Be By You”, they devotedly sing on the bridge, asserting their commitment to their lovers and making their feelings very clear.

With his widely credited involvement in “Mafo” and “Ello Baby”, Young Jonn is moving from popular producer to star curator of hit songs. For his first single of the year, “Let Them Know”, he recruits Tiwa Savage and Joeboy for a blue-eyed love song, where both singers sing lyrics of commitment, promising to stay together forever. With a combination of Young Jonn’s lush, mid-tempo beat, and the catchy melodies carrying the lyrics, “Let Them Know” is perfectly suited for wedding dancefloors and other similar events.

At this point, it seems a bit torturous that “Wicked & Sexy”, the highly anticipated collaboration between Odunsi (the Engine) and Maison2500, isn’t out yet, because the streets need it. To satiate us it seems, the duo have now unexpectedly linked up on “Dirty Fanta”, the lead single off Maison’s forthcoming EP, ‘Turnpike’ which we’re expecting next Friday. Having leaked last week (sans-Odunsi verse), it’s now been officially released, and provides a detailed glimpse into the rockstar lifestyle. “Money Coming In Way Too Fast, bands On My Ass Do The Dash”, Maison croons with a hint of intoxication in his voice. Odunsi blesses the song with a quick rap verse, leaning into a new vocal cadence, perfectly fitting into the pocket of the shimmering trap beat.

The constant frequency of cross-Atlantic collaborations is proof that afropop is only moving forward with its global appeal. The latest of such collabs is between Nigerian singer Reekado Banks and Parker Ighile, the UK record producer/singer who has worked with Rihanna, Nicki Minaj, G-eazy and more. “Options”, the newly released single, combines honest pleas for reciprocal affection with a colourful neo-Afropop beat, resulting in a sneaky banger. Reekado and Parker acknowledge the hold their love interests have over them, trading lyrics and contrasting harmonies like a conversation between two people going through the same situation.

It would be entirely fair to describe WurlD’s 2019 campaign as career-defining. Within the 12-month span, the singer dropped two well-received projects, ‘Love Is Contagious’ and ‘I Love Girls With Trobul’, his joint EP with Sarz, and feature on Davido’s smash hit, “Sweet In The Middle”. To begin his 2020 run, WurlD has just dropped the TMXO produced “Love Nobody”, which leans closer to the electronic universe of ‘ILGWT’. Over the hypnotic percussion and synth lines, he paints the portrait of a relationship where he and his “baby” are keeping things exclusive, even though they’re taking things slow. “She Don’t Want Me Loving Nobody/And I Don’t Want My Baby Next To Nobody”, the velvet-voiced singer passionately intones, whetting our appetites for what’s still to come.

Over the last year, Bankulli became an instantly recognisable voice in afropop, following his contributions to the Beyoncé-curated project, ‘The Lion King: The Gift’. He’s remained very vocal ever since, dishing out music business knowledge and industry stories via his IG Live series, Connecting the Dots, and he’s now shared his debut single as an artist, “Gbemiro”. Assisted by singer WurlD, the two deliver a Gospel-indented set, as they look up to God for continued blessings and protection from all harm. Their heartfelt singing is accompanied by sleek guitar strums and folksy percussion, culminating into a soulful song.

Even though the song’s pristine energy gives Darkua away as a newbie, you wouldn’t guess that “E Dey Pain” is her very first single as an artist. The Ghanaian singer possesses a gently moving voice, impressive melodic phrasing and her writing on the song feels very lived-in. Backed by N.O.B’s sweeping piano strings and thudding afropop drums, she promises to maintain the same energy with an ex who didn’t treat her right, refusing to take the high road while still sounding as gracious as possible.

Next Article The importance of women sharing their experiences through music