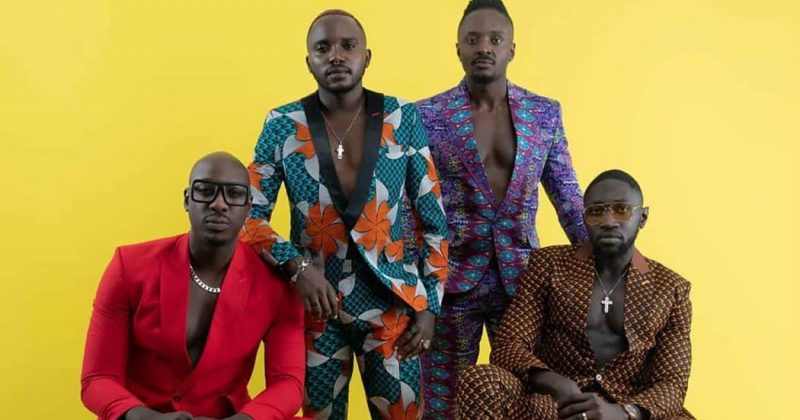 More than just a bit of songs we can listen to, music has become a cure to the cabin fever we’re all facing in these unprecedented times. As the music scene grows more diverse with drops from many different artists on a regular basis, we’ve decided to help out, by sorting through all the new songs from across all the sub-genres around the continent to curate a column with all the best “Songs of the Day”, to highlight all the new releases you absolutely need to hear.

We started the week with new releases from Ria Boss and Efya, Sarkodie and Oxlade, DaRe, Prettyboy D-O and MOJO, LOS and many more from around the continent. Today, we feature new music releases like Sauti Sol’s collaboration with South African band, Soweto Gospel Choir, “Brighter Days”, Tide and Straffitti’s “Brand New”, Bbanks and Olamde’s “4.20”, Jean Feier’s “Destiny”, Rozzz’s “Asaba Riddim” and Bluf7ame’s “90k Freestyle”. These are all the new songs you absolutely need to listen to today.

Sauti Sol have just released “Brighter Days”, the lead single from their upcoming project, ‘Midnight Train‘, were, they’ve teamed up with Soweto Gospel Choir. Together, both groups deliver an optimistic song with a positive message we all need in these times. While the choir provides backing harmonies, each of the Sauti Sol members take turns to sing reassuring lyrics about the future; “Ain’t no question that tomorrow there’ll be good times”. Their heartwarming video, encouraging lyrics, pleasant melodies and the lightweight guitar-led instrumentals are just what the doctor ordered for the uncertain times we’re living in.

After making his name as a producer under Olamide’s YBNL label, Bbanks made the career switch to an artist with his debut single, “Ajilomoto”. The producer turned artist has now dropped a new single, “420” and featuring YBNL boss, Olamide for a groovy celebration of partying under the influence of marijuana; “When I put my 420 on it/ You make me sing I know”. Though “4.20” was released in celebration of the holiday from Monday, the mix of groovy drums and ambient synths produced by Bbanks is designed to serve dancefloors for much longer.

Jean Feier’s “Destiny” evokes an empowering sense of pride for listeners to lose themselves in the joys of dancing in front of a mirror. “I don’t have to pull up with a stick now/ I just kill them dead with a look now/ they gon feel me like a bassline/ Every time I drop, I just blow minds” she sings with a strong voice accented by the nonchalant dancehall beat produced by NLMGNM. Though the UK-based Nigerian singer is yet to break into the mainstream, her confident lyrics mark her territory and promote her as one of the artists to look out for.

Tide and Straffitti subvert R&B’s reputation for babymaking music, in their biting ode to unrequited love on their latest collaboration, “Brand New”. Over the soft and soulful beat with woozy vocal samples, Tide sings “I tell you say I love you/ Got me feeling like it ain’t mutual” on the chorus. Straffitti joins him for a duet, where they both muster up some bravado and try to deliver charming lyrics meant to convince their lovers; “I just want to keep on rocking with you/ fucking with you/ smoking with you”. However, from the song’s title and lyrics, “You ain’t gotta act brand new”, you get the sense that their lovers have long moved on and can only offer inspiration for more heartbreaking anthems.

Blue Flame burrows into the grimy details of street rap narration on his latest single, “90k Freestyle”. His raspy voice and lyrics, “If a neighbour acting nosey, then a nigga relocate/ I move away/ Out of state/ Not a trace” offer a vivid image of the gangster lifestyle hip-hop sheds light on. The exciting street tales he offers are made even more engrossing when he teams up with Marco, who produced the mosh-pit inspiring trap beat. The beat’s zig-zagging synth lines sound equally cheerful and menacing and allows “90K Freestyle” listen like the soundtrack for the opening sequence of an violent anime.

Rozzz only has two songs on his catalogue on Soundcloud and both are fueled by his romantic sentiments. His latest single, “Asaba Riddim” continues the ritual, where he switches charmingly between English and Igbo lyrics, over a smooth guitar-led beat. Singing “You make man dem craze/make man dem shut down the place all because of your presence”, his lyrics praising his muse confess to the power women have over men.

ICYMI: Catch up on all the songs you may have missed from earlier in the week

Next Article Legacy: The late Da Grin, a beacon of hope to the hopeless