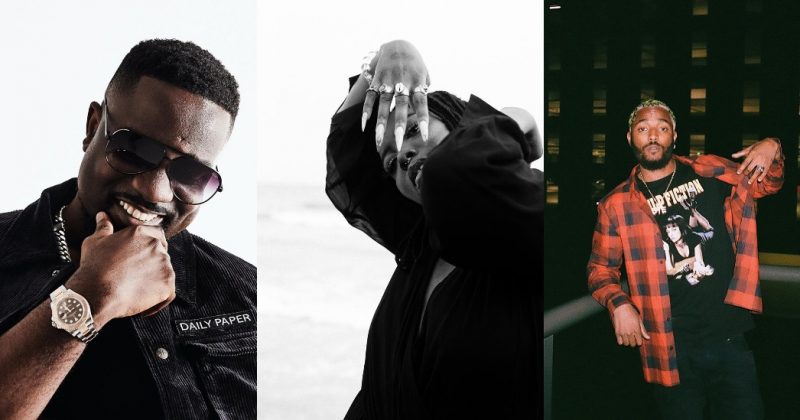 Last week, we had a slew of new releases from Simi, Fave, Mut4y, Minz, Studio Magic and many more from around the continent. Today, the ladies are packing heat as we enjoy new music from Ria Boss and Efya. To start the week, Sarkodie teams up with Oxlade for new single as well as Prettyboy D-O and MOJO who reunite on a DaRe-produced track. We also witness the re-emergence of our favorite boy group, LOS and a new single from Psviv.

Following the stunning video for his latest single, “Away”, Oxlade has ventured further into Ghana with his new collaboration with Sarkodie. The two have teamed up for “Overload 2” where Sakordie raps amorously about a love interest in Twi, showering her with compliments about her undeniable good qualities which keep him coming back for me. ‘I want to love you overload/anything you want I’ll give you overload’ Oxlade sings over the song’s hook, expressing his determination to provide the world for his lover.

Today, we might all know of them as individual artists, however, back in the day, L.O.S were one of the most popular music groups in our secondary school days. After years of releasing music individually, the group have finally reunited for new 3-part project titled ‘Tribe’. One of the standouts from this project is “Didn’t Know” an upbeat cut produced by Smallz and Cubix on which each member trades off bars with Tomi Thomas’ angelic vocals taking center stage and captivating listeners from the very beginning. ‘What you mean affection?/you say it’s love and not obsession’ Zamir raps over the hi-hat heavy beat, as the group collectively muse about love and avoiding distractions if it’s not the real deal.

Mavin Records has been setting themselves up as the frontrunners of the scene for a while now, in their camp are some of the most promising names at the moment from Rema & Ladipoe to “Gock Am” singer, Crayon. Crayon is back with a new track “Mo Bad” as a follow up to his earlier release “Kpano” which saw him boasting about his music’s efficiency. For “Mo Bad”, Crayon turns to his more seductive side as he sings about a very attractive woman who has caught his interest while on a night out over the song’s lightweight afropop drums and catchy riffs produced by Babyface and Prestige.

During these strange and unprecedented times, we appreciate everyone who is still releasing music and joining forces to give people something to be excited about. This week, we have producer, DaRe to thank for reuniting “Chop Life Crew” crooners Prettyboy D-O and MOJO for new single “Isolation”. Over the reverb-heavy beat, Mojo raps ‘I don tire for isolation I wan go find money/everything don dey finish for house’ about the struggles he and other artists may be facing as there are no funds coming in from shows and live performances. At a time when we’re all looking for something to hold unto, this upbeat track is sure to get anyone bursting their best leg work (indoors of course!)

2020 is not all bad, one good thing at least, is that we get to hear new Ria Boss music ahead of her album release later this year. For her first single of the year, “Call Up” Ria Boss offers a reflective number which urges listeners to become better people to those closest to them. ‘Pick up the phone call up your father/pick up the phone call up your sister’ she sings on the song’s hook, calling for her listeners to rise to action and check on their family and loved ones in these highly strange and unsafe times.

Speaking to the NATIVE, Ria shared:

“This song created itself on the evening of December 19th during one of my songwriting sessions. I was free singing  and “Call Up” was one of the songs birthed from that. I did not know what it meant at the time or what it would mean for the time now. The song has become so important to me and is really a call of action, to call our loved ones. Interaction is so important right now, if you didn’t have the time then, then I’m sure you have the time now”.

Since the beginning of the year, we’ve got to learn more of Efya’s alter-ego, BIGDRAGON, but now it seems like Efya is back To start off the week. For her latest single, she recruits fellow Ghanaian artist, Mugeez for new single “Pricelezz”, an upbeat new single primed for dance floors. ‘See your body dey causing damage/I go touch I go taste’ Mugeez sings suggestively over the songs hook, as the two artists make their intentions known to charm their way into their love interest arms.

After starting the year off with high energy trap song “Hella Night”, Psiv is back with new single “Crazy” which sees him returning to his signature afroswing persona which clearly draws influence from Kida Kudz. On “Crazy” Psiv delivers some profane boasts over the catchy and highly infectious bouncy beat about his sexual prowess. ‘I climb stage all the girlies go crazy/I ain’t even tryna throw shade’ he raps over the song’s hook, offering a light fun track on his experiences.