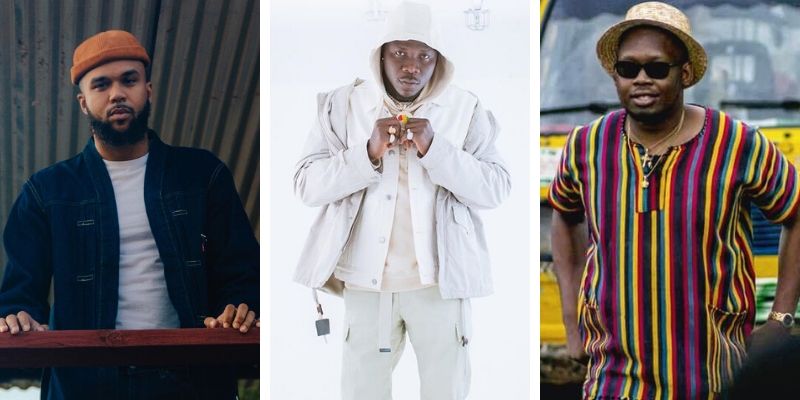 Songs of the Day: new music from Jidenna, Ajebutter, Stonebwoy & many more

The constant frequency of cross-Atlantic collaborations is proof that afropop is only moving forward with its global appeal. Last week alone, we’ve got new music from Tems and Davido alongside Khalid, and Santi joined Octavian and Obongjayar for a hypnotic bop. Across the continent, music has only become more diverse and expansive, leading to a daily flurry of new releases. We’ve decided to help out by sorting through new songs from across all the sub-genres around the continent to curate a column with all the best “Songs of the Day”, to highlight all the new releases you Need to hear.

Last Friday, we brought you music from Akon and Wizkid who teamed up for a new single “Escape”, WurlD also released his first single of the year as well as collaboration with Bankuli. To start the new week, we’re bringing you songs you may have missed over the weekend such as Ajebutter’s new single “Big Man Talking” which is currently making rounds on social media with different artists rising to the freestyle challenge. We also have new music from Jidenna, David Meli, SGawD, Mut4y, and GJtheCaesar. Dig in, and you’re welcome.

The fourth season Insecure is here, and while we’re taking in all the new lessons that Issa, Molly, and the other characters in their world have to offer, we can’t gloss over the impressive music played throughout the series. In this light, Jidenna who also starred in the show a few seasons agom is back with a brand new single “Feng Shui” which is set to feature in the next episode. Over an upbeat highlife guitar-led beat, Jidenna adopts a braggadocious persona, where he boasts about having that Feng Shui. ‘They wanna keep me in a chokehold/I send a b*tch nigga one way’ he croons, self-confident in his abilities which set him apart.

We haven’t heard from Ajebutter since he released his second joint EP with BOJ, ‘Make E No Cause Fight 2’ which they also enlisted Falz for. He’s back with his first single of the year “Big Man Talking”, where we see Ajebutter switching up his more romantic sounds for a braggadocios anthem, letting the naysayers know he’s a cut above. Over the drubbing beats produced by Que, Ajebutter uses his signature wordplay, rapping “They can’t see the vision, they need Specsavers, talking shit like they need lifesavers” as he challenges his opps who competition who are nothing but dead men walking.

As one-half of the revered Legendury Beatz, Mut4y has shaped the sound of the afropop genre by working with some of the biggest names on the scene. For his next project, he’s linked up with an up-and-coming singer, Elhi, for a 5-track EP titled ‘Eu4ria’, which will be available next month. Earlier this month, they released one of the singles off their joint project “Bad” and now this week, they have returned with new single “Feeling U” which marks the duo as a formidable pairing. On this new romantic number, Elhi sings about a love interest who has him captivated with her charms and good looks ‘I’m feeling you girl/you don’t need to try’  he sings, offering praises to this mysterious woman who has him smitten.

Nigerian singer/songwriter David Meli is back with his sophomore project ‘Fruition’, a smooth 14-track follow up to his 2019 release ‘Zamira’. One of the project’s standouts, which immediately caught our attention was the romantic number, “Only You” featuring the talented Psycho YP.

While David Meli croons his appreciation for a lover who can do no wrong in his eyes because of his love, Psycho YP comes through with his usual onslaught of wordplay. Joining Meli on the second verse, YP subverts the song’s energy to sing about his love for the grind. ‘First thing on my mind is money, it ain’t you’ he sings matter-of-factly letting any love interest know where they stand with him.

Stonebwoy recently released a new star studded project, Anloga Junction over the weekend, and made one of the standouts – the Keri Hilson-assisted “Nominate” the first single after release. Against a mellow, yet catchy beat, the pair are on top form, presenting a feel-good jam, where they confess amorous feelings for their lovers.

Over here, we’re big fans of more women taking center stage and simply talking their shit, and  SGawD is one rapper who is not afraid to call out men who uphold misogynistic beliefs.  On “Whorephobia [Hannibal] Freestyle”, SGaWD targets the men she’s encountered who have belittled her for living her life unapologetically the same way they would. ‘Cut a nigga off he mad/Niggas hurt you then tell you relax/ give a fuck if you call me a slag’ she raps digging into the frustrating knots of life and turning it into ammunition to school these niggas. We have no choice but to stan!

You don’t want to miss GJtheCaesar’s new EP ‘Don’t Play With Me’ a 7-track project which he rolled out last week comprising of tracks made while social distancing during the current mandatory lockdown imposed by world leaders around the world. For the project’s third track “Baby Giant” GJtheCaesar taps into the nonchalant raps of fellow Abuja-based artist Ayüü.

GJtheCaesar starts off by rapping about his current state of mind from losing it during isolation to drinking more alcohol than he would and spending time trolling on Twitter streets. Ayüü comes in with boastful, off-the-cuff raps about his status as a hitmaker ‘You bloody insect trying to talk to the GOAT’ he raps self-assuredly, taking on the persona of the Baby Giant and offering cut-throat one-liners at the competition.

ICYMI: All the new music you may have missed from last New Music Friday