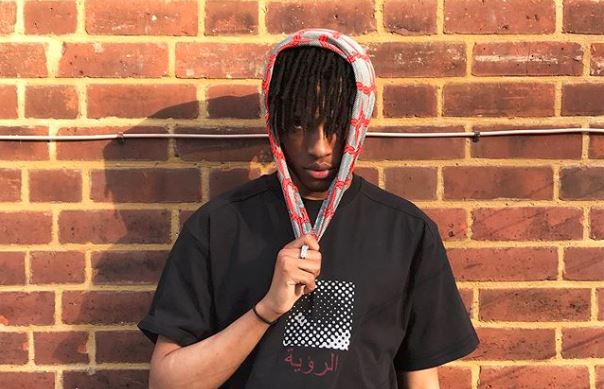 As music streaming continues to facilitate the world growing smaller, the appreciation for Nigerian pop music around the world has seemed more apparent. But despite the zealous publicity for Nigerian pop music leaving us in danger of being overexposed, there has been no shortage of vibrant music happening in the corners, outside the traditional boundaries of pop and R&B, and in the fertile zone between them. The blunt and edgy youthfulness of Maison2500’s rap songs box him within fringe hip-hop conversations in Nigeria, but his online support has continued to grow as he releases a new project, ‘Maseworld’, the follow up to last year’s ‘Generation XXX’.

The 14-track tape is delivered with a cocksure offhandedness, matching his vibrant personality with forward-thinking trap arrangements he co-produces. He opens the tape with “McDonalds…”, setting the psychedelic pace of the project, painting a vivid image of the trap lifestyle. UK rapper, Lancey Foux, joins him to on the second track, “Psyched!”, to add more gloss to the street tale through brags about their high fashion taste and adoring model fans, while $odaman assisted “Top of the League” depicts the more cruel reputations of the streets where only the tough and active can overcome competition. Though it’s a generic representation of the street life, “Buss Down Thot .” finds Maison2500 offering more context for his hostility as he blames his haters and the jealousy for his penchant for stunting.

His versatility is also displayed through the different influences like his Playboi Carti inspired “Faunee Freestyle!” and the lightweight and melodic raps on “Don’t Do Drugs” seemingly inspired by Uzi Vert. The 8th track, “No Socials”, however, aims to show the extent of the rapper’s musical pallet as he ditches the trap beats to sing over a mellow synth-pop instrumental. He also taps into his more vulnerable side on “Way Out, Pt. 2”, saying I can’t even kill myself cause my momma gan hurt. Fuck” over the chilling piano-led instrumental. Channelling his anxiety as fuel for his vivid storytelling makes the track one of the most captivating songs on the tape.

The productions on ‘Maseworld’ is also outstanding with extra care to sound designs, finding the right balance between ghostly and ghastly, striking a tone dark enough for shudder, yet bracing enough for an adrenaline rush. Samples like lean pouring into a cup help set the mood as he opens “The Poltergeist” with the sound offering some backstory to his overly cocky attitude on the song. The transition on Ugly Moss assisted “Cantaloupe/ Brand New” is also among the highlights of the tape as it displays the different imaginations of the trap sound.

‘Maseworld’ closes with “Brainstormin'”, where PsychoYP and DRB’s Teezee join Mainson2500 to trade bars over the pulse-raising booms of the 808 drums and synth samples. Their confident bars are subtle but impactful, seamlessly fusing their unique rap quirks while highlighting the core g checking element of hip-hop where they all excel. Closing the project on this high note gives the impression that despite the many challenges of being Maison2500, life remains a joyride.

You can stream ‘Maseworld’ below.

ICYMI: Listen to “Choppers on Deck!” by Maison2500