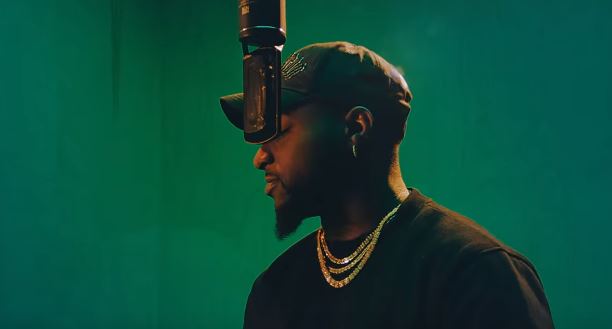 Since releasing his excellent sophomore album, ‘A Good Time’, Davido has been in promo mode, releasing the Mad Max-inspired video for Best New Music entry, “Sweet in the Middle”, and headlining a Lagos concert named after the album this past December. In his latest move, the Afropop juggernaut has just shared videos of his performance on Vevo Ctrl’s Live Session series, a platform that has hosted a long list of artists like Burna Boy, Jidenna and Ari Lennox.

For his two-song set, Davido performs “Intro”, the self-assured opener off ‘AGT’, and the sultry, Shaydee co-written bop, “Green Light Riddim”. In trademark fashion, the singer’s bubbly persona takes the fore, as he sings, dances and mimics instrumentals with an energy that is nothing short of infectious. Davido’s Vevo Ctrl’s Live Session is his latest appearance for an online platform, following his piano-backed renditions of “Fall” and “Risky” for Audiomack’s ‘Fine Tuned’ series last November.