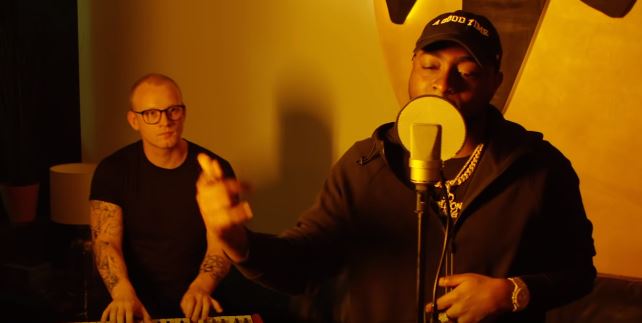 After a long waiting period, Davido album SZN is finally here. In October, the singer announced his sophomore LP, ‘A Good Time’, to be released on November 22nd (tomorrow). He’s been driving up the hype in the last few days, unveiling the star-studded tracklist as well as its stunning cover art. For his latest public appearance, the singer performed stripped-down renditions of his hit singles, “Fall” and “Risky” for Audiomack’s Fine Tuned live sessions.

Accompanied solely by a piano, Davido sings the romance-themed set of both songs, smoothly transitioning from one song to the next for a mini-medley. In this minimalist setting, Davido’s gruff vocals get all the shine, emphasising the infectious quality of his memorable lines and catchy melodies. Davido’s “Fall”/”Risky” set was recorded for Audiomack’s ‘Fine Tuned’ series, where select artists perform their hit songs backed by a single instrument. Davido is the second Afropop act to feature on the series, following Mr Eazi’s appearance back in August.

AFTER A 7 YEAR WAIT, DAVIDO’S SOPHOMORE ALBUM, “A GOOD TIME” IS ON THE WAY