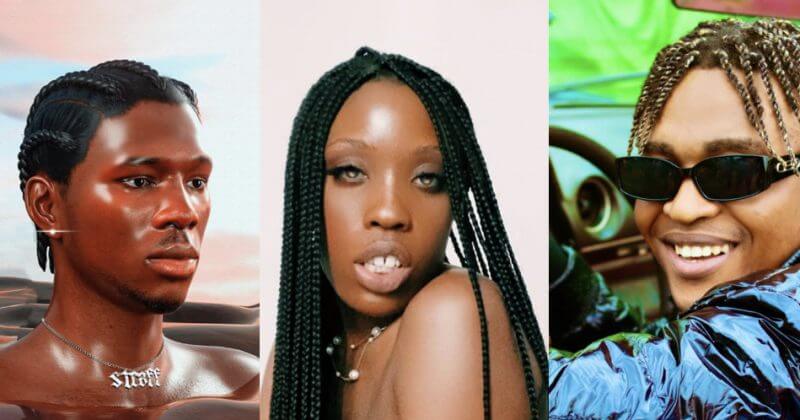 Songs of the Day: New music from Cheque, Straffitti, Jean Feier, and more

We ended last week’s curation for Songs of the Day with a bumper release day, featuring new music from; Joyce Olong, a star studded collaboration between Mr Eazi, Major Lazer and Nicki Minaj, a rap pack from Nasty C, Lil Keed and Lil Gotit, and much more. Today’s Songs of the day curation features the latest releases from Cheque, July Drama, Straffitti, OBT, Jean Feier, Raheem Bakare, and more to start the new week. You can enjoy them below.

Cheque has updated his debut project, ‘Razor’ with the visual treatment for one of the standout tracks, “Zoom”. The tape, which narrates Cheque’s triumphant musical journey with tracks written to highlight his newfound celebrity and confidence, was met with rave reviews and it also earned him a feature on our Fresh Meat column for July. If you hadn’t yet succumbed to his brilliance, the newly released video for “Zoom” offers you another chance to redeem yourself and gawk at the spectacle TG Omari directed in commemoration of Cheque’s triumph.

Thanks to CGI graphics, we see the Penthauze artist flying over Lagos traffic in a convertible Benz while leaving behind a trail of cash. With shots of Cheque floating around in the clouds as he sits behind the wheels or on top of the hood, his confident lyrics are brought to life in the fun and entertaining video. Though the shots of him soaring as high as anyone can dream to fly in a convertible Benz will be the talking point for the video, we also flexes his stylish personae with shots of him surrounded by models and bloody mannequins. Just like the gravity-defying video, Cheque showed he can escape limitations with his r&b and rap explorations on his project.

After studying music production in South Africa, OBT returned to Nigeria to pursue his music career. He debuted with a groovy dancehall single, “Killah” in 2017, but it wasn’t till the following year that he showcased his pan-African sound with the clever blend of Ghanaian and Nigerian melodies on
“Medasi”. The Nigerian singer just released his debut project, ‘Birdie’, offering 12 tracks that are inspired by his experience traveling around Africa and exploring the diverse Afro-based sound.

One of the stand-out tracks, “Jabuela” has an eclectic riddim produced by Mona Lee, combining elements of Ghanaian highlife with South African house harmonies, drum riffs and bass drops, while OBT performs lyrics celebrating Africa and the liberating quality of music; “I’ve been touring the world and live my life my way/ Feeling the groove that sweeps my soul away”. Jabulela means to rejoice and bring happiness in Zulu language and the upbeat harmony of the song can certainly brighten listeners’ day.

After allowing fans a peek at the earnest lover behind the mask on his debut project, ‘Tryst’, July Drama has returned with a new single, “No Comma”. The song finds the previously masked-up singer/songwriter in a pleasant mood as he celebrates himself and his accomplishments and blessings over the self-produced dance-driven afropop instrumentals.

Listening to good music is a great way to get rid of the gloomy feelings and “No Comma” is July Drama’s most uplifting song till date. “Blessing no comma/ You know that tomorrow’s gon be better than today”, he sings assuredly over the breezy mix of synths and percussion. Though his lyrics also acknowledge that there will always be enemies and opps, July Drama encourages listeners to remain focused on their blessings and be grateful for what they have; “God don bless you/ God don bless me”.

The airy instrumentals Yusei produced for “YOU ARE” imbues the song with an intoxicating ambiance as Jean Feier gracefully confesses her affectionate feelings. Adotey Lomotey directed the video to reflect her meek appeal for love as we see her performing her lyrics all alone in a garden; “I wish you would hold me/ Drive away the lonely”. The song highlights Jean Feier’s ability to tap into her vulnerable emotions to make swooning music fans can relate with.

Straffitti’s work as a graphic designer, producer and rapper confirms that he’s a versatile creative. Earlier this year, he introduced his new skill for singing Afropop melodies with Buju-assisted single, “Everywhere”. And now, he has shared a 6-track EP, ‘STRAFF FROM NIGERIA’ to affirm his Afropop specialty. He explored the various sounds of the dance-driven genre on each track as he performed contagiously buoyant songs like “SHANAWOLE”, one the standout tracks inspired by the rhythm of Afro-house.

Retrro5 produced the shimmering EDM-fuelled beat with rattling samples that set a groovy backdrop for Straffitti’s casually impeccable melodies. The catchy beat inspired a charming set from Straff as his lyrics continue Afropop’s dancefloor romance theme saying, “Temperature be rising/ Baby I see through your thighs/Now I’m so hypnotised”. Everyone making romantic club bangers needs to watch their backs cause Straff from Nigeria is coming for their spot on DJ sets.

ICYMI: Catch up on all the songs releases from last week here

Next Article Gems: A List of the best released songs this week