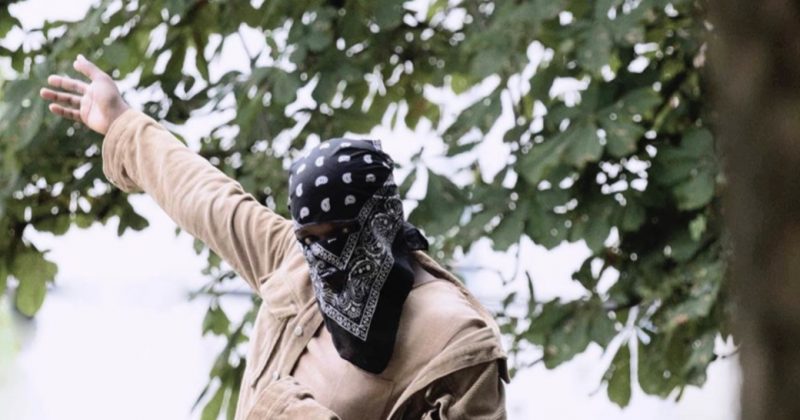 Essentials: ‘Tryst’ by July Drama recounts the tangled tale of love and lies

July Drama has only released a handful of singles since his emergence on the scene. The chameleonic singer/songwriter has now released his debut album Tryst. In an honest revelation of the lover behind the mask, his latest 10-track offering tells the tangled story of love and lies.

In the project’s “Intro” , listeners are clued into July Drama’s chaotic romance life. Over an array of percussion-infused sounds, a female’s voice comes into focus ‘Drama you too like women’ she says, setting the mood for the rest of the project where July Drama unpicks his unhealthy habits in past relationships with lovers.

On “Jury”, July Drama addresses a jilted past lover. ‘I know that you think that I’m guilty’ he says, dealing with feelings of feeling judged by his lover. Alongside him on the track, is Shalom Dubas whose lilting vocals adds a smooth reggae touch to the song, ‘Abeg baby, no vex if na so I talk na jazz for my mouth’ she raps, also addressing a hurt lover over her intentions in their relationship.

July Drama reinforces the theme of being enthralled by the women he meets on “25”, ’25 girls in the morning, lipstick stain by her bed’ he sings, delving into why romantic relationships do not seem to work out for him. The track ends with a conversation between July and a supposed lover, ‘we can’t do this anymore, it makes me too sad’ she says, before walking out and closing the door behind her. Zirra features on “Midnight Run”, where both artists deal with relationship hurt by lack of trust owing to  infidelity. ‘I took a midnight run then I’m running right back to you’ he sings, mixed feelings surfacing about returning to his lover or leaving the relationship.

July Drama’s pre-released singles, “Call Back” and “No Offside” also feature on his debut project, although released almost two years earlier, both songs flow with the theme of Tryst as they both deal with July’s romance life. “Freestyler” features King Kae and veteran ghetto dance  singer, Daddy Showkey whose voice comes in just as the track fades out. It appears to be a phone call recording between him and July Drama.

Every D-O feature is a confirmed hit, and the Lagos-based rapper does not make an exception with this track. ‘She love me good, she give me jungle fever’ sings D-O, opting to show off his vocal range by switching his ambitious blunt rap for a smoother sensual verse.