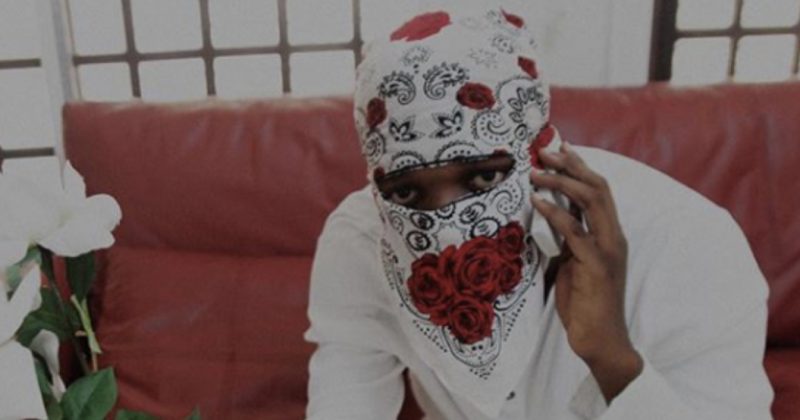 July Drama has been quietly making his way into our playlists, from his 2017 single “Call Back”, to his last release, “She Like Me” with $tevoxcv released in January. The Lagos-based artist is painfully discreet, choosing to keep his identity hidden with a mask and only releasing a handful of songs at a time, including an appearance on Prettyboy DO’s 2018 project ‘Everything Pretty’ and his almost easter egg-like trail on Soundcloud releases like “I don’t think you’re ready for what is coming”.

In July, he took to Twitter, posting a track list of unreleased songs, with the caption ‘what do you want from me?’, intending to whet our appetites, as the track list boasted of features from DO, Wavythecreator and Daddy Showkey. However, we haven’t got the exciting project yet and given the calibre of his guestlist, you can imagine our excitement for it.

What do you want from me ? pic.twitter.com/CryTcJnyPQ

Today, he has teased new music, a single titled “Rough Play” to be released on the eve of Halloween which actually featured on the track list he teased earlier in the year. Released alongside the teaser clip are the lyrics to the upcoming single, “cuz if i bruk your heart, i know its rough play” he sings, addressing a love interest and drawing on connotations of play fighting which suggests a lack of remorse for any intended heartbreak. We can’t wait to finally hear what July Drama has been cooking up.