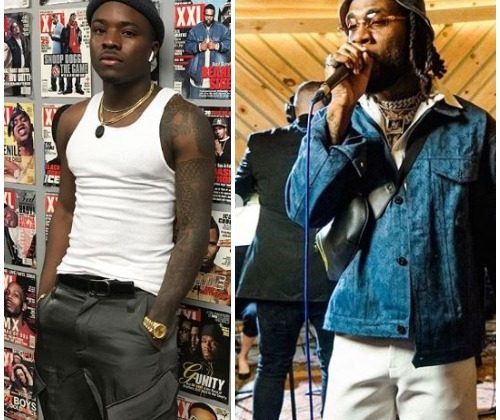 Burna Boy is on a roll. In addition to the release of his marquee ‘African Giant’ album, he’s remained an omnipresent figure in music conversations this summer, with a slew of cross-Atlantic collaborations, including a solo spot on Beyonce’s “Lion King”-inspired album, and features on summer bops by Mahalia, DJ Snake and Jorja Smith. His latest guest appearance is on DC rapper IDK’s “December”, the ninth song on the rapper’s newly released, star-studded major label debut, ‘Is He Real?’.

Mainly known for his unrelenting wordplay and picturesque storytelling, IDK spends a significant portion of his new album untangling doubts and his relationship with God through vivid raps. However, IDK’s collaboration with Burna is one of the more lightweight moments on the album, as he slips into a flitting falsetto, cherishing his lover and reminiscing on the early encounters that helped him fall in love with her. With its integral interpolation of Chaka Demus & Pliers’ Dancehall classic, “Murder She Wrote”, and the bouncy tropical house beat, Burna finds a familiar, immaculate pocket, sharing the same heartfelt sentiments with a vulnerably charming performance. “December” is clearly IDK’s move at scoring a mainstream hit, and with all factors considered—the combination of a major label machine backing, the undeniable fanfare around Burna, and the song’s summery vibe—it has the right makings.

You can listen for IDK’s “December” here.