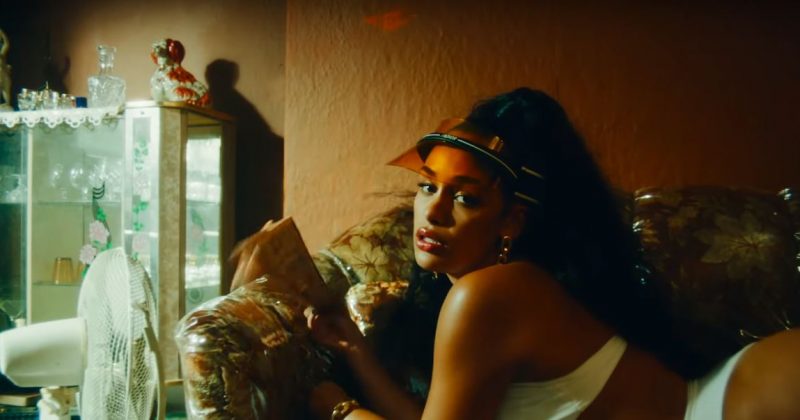 Burna Boy backed his claim as the ‘African Gaint’ with the positive reviews that followed his newly released album last month. He has since climbed to the top of everyone’s wishlist, securing features with big corporations like Spotify and media organizations like “The Daily Show with Trevor Noah”. His accomplished Afrofusion sound has also proven accomplished on features, collaborating with Fall Out Boys on “Sunshine Riptide” and Dave’s chart-topping “Location”.

“Gum Body” off Burna’s ‘African Gaint’ already highlighted the compelling synergy between Jorja Smith and Burna Boy, but her newly released collaboration with him, “Be Honest”, finds them exploring a different sound, channelling their Caribbean influences for the sultry bop. While the rocksteady pace of the acoustic guitar riff captures the confessional mood of their heartfelt lyrics, the bouncy dancehall fueled drums conjures the groovy ambience of dancefloors. The music video Amber Grace Johnson directs, however, focuses on the song’s streamy direction, set on a sunny summer day where Jorja Smith teases in her swimsuits and Burna Boy performs lying down on a bed such that his dreads hang off the edge.

“Be Honest” is Jorja Smith’s first release since she debuted with her ‘Lost and Found’ album last year.

Watch the music video for “Be Honest” below.