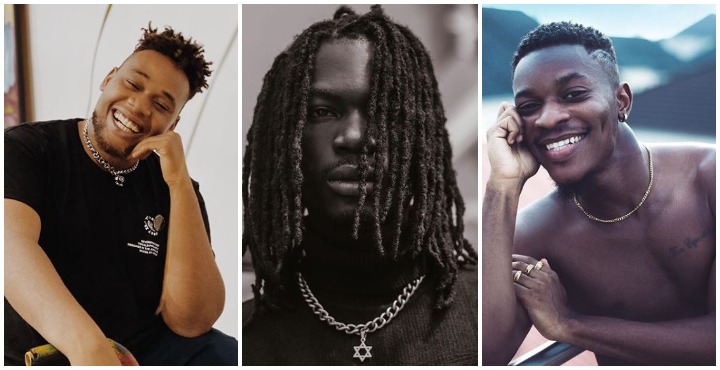 The thing you have to understand is, artist development used to be very different to what it is today. In the past, rising artists were given significant leg room to work out their potentials and refine the defining elements of their crafts, however, these days, coming out as newbie means making the right impressions with your first couple of moves.

It’s not that potential isn’t appreciated, it’s just that, in an era of short attention spans, captivating listeners’ ears off the bat is the difference between being another act through the revolving door and being a star-in-the-making.

With this caveat, upcoming artists are always figuring out ways to make their music unique and compelling, however, due to the saturated landscape, it can still be hard to cut through all the noise. This is where platforms that can assist in amplifying the artist’s talent come in. Recorded in a creative camp at the beginning of this year, ‘Class of ’20, Vol. 1’ is a compilation project focused on a crop of talented artists working their way towards widespread prominence. Curated by Lagos-based distribution and marketing services outfit, Ejoya, the project consists songs from artists, producers and engineers on their inaugural freshmen list.

6 days, 8 producers, 15 artists. All hits. THE REVOLUTION WILL BE TELEVISED! CLASS IS IN SESSION!! #Presenting20 #EjoyaClassof20 #Classisinsession

As an avenue to exhibit their powers to a potentially large pool of listeners, made possible by the curating company’s wide reach, ‘Class of ‘20’ centres on (re-)introduction, in an atmosphere with no pressure. It’s musically diverse, often impressive and sometimes rough around the edges, like the participating artists. Listening to the project is the audio equivalent of watching the Rising Stars challenge at the NBA All Star weekend: it’s deliberately low stakes, underpinned by camaraderie and has its remarkable moments.

In this setting with multiple talented artists, it’s those who can project a magnetic personality that lead the way, and afro-fusion singer Buju leaps to the forefront. Even before his Zlatan-assisted breakout hit, “Spiritual”, Buju was already showing flashes of the generational talent he can be, and his two appearances on ‘Class of ‘20’ continue to tow that path. With his bubbly vocal performance and vivid songwriting, “Mind Games”, the IBK-produced lead single, shines brighter in the context of the project. For his second look, the DJ Yin-commandeered “Ko Le”, Buju pitches up to use his head voice without compromising his self-assured cadence.

@officialdjyin aka First Lady of the conglomerate 😍😍 Welcome to Class of ‘20! CLASS IS NOW IN SESSION! 🚀 #Presenting20 #EjoyaClassof20 #Classisinsession

With limited time in front of the mic, artists have to boil down their contributions to showcase the compelling parts of their skillset, even when they’re experimenting with a sound that previous listeners might be unfamiliar with. For his solo cut, “Gboju”, Remy Baggins switches things up from the sensuality of his recent work, barrelling his way through an EDM-trap beat with reckless brags and taunts. Mainly known for his gentlemanly, blue-eyed love songs, Jinmi Abduls slips into the lothario role on the smooth, lust-driven “Kryptonite”, contrasting his slick melodies with the straightforward lyrics of the equally impressive Yusufkanbai.

With a significant portion of the songs featuring two or more artists on a song, ‘Class of ‘20’ hinges on the dynamic and interplay between collaborating artists. “Scream and Shout” features the reliable duo of Minz and Fasina, and even though the cut doesn’t really rival the sublime quality of their previous collaborations, it functions off their chemistry. Potential club hit, “Collect”, is bracketed by cocksure and catchy quips from rappers MOJO and Kunle, while Minz and Emo Grae add a melodic dimension with their syncopated, street hop-indented melodies.

Through collaborations between similarly styled artists, like the late-night r&b groove of Sute and Oddio’s “Lavender”, and those featuring the balancing act of musically diverse artists (“Hi Lo”, “Lagos Girls”), ‘Class of ’20’ is a great medium for listeners to get re-acquainted with and discover voices who plan to be here for the long haul. In its totality, the project flaunts the talent of artists who will continue to refine and strengthen their identities on the way to their respective pinnacles.

ICYMI: OXLADE DEBUT PROJECT, ‘OXYGEN’, IS EVERYTHING WE EXPECTED IT TO BE

0000
Previous Article Essentials: Paybac’s ‘CULT!’ is a document of resilience and personal optimism