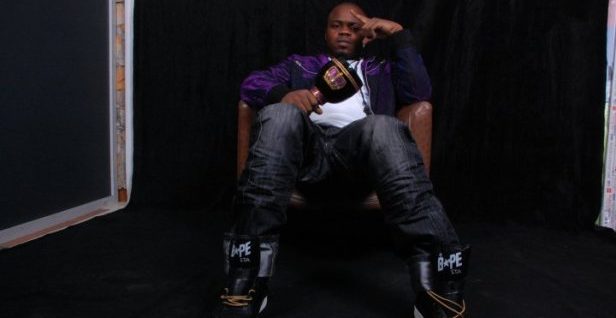 By the end of this week, it would have been seven years since Da Grin’s untimely death in a devastating auto-crash that claimed his life. The details of the Yoruba rapper’s eccentric life has already been documented in print and film, but as far as a legacy goes, Da Grin’s sophomore album C.E.O is all we have left of his relatively short career and life.

Off the same opus is lead single, “Pon Pon Pon”, a typically hip-hop broggadcio track with heavy kicks, loud synths and a piano-based flare. Producer, Sossick provides back up vocals, while DaGrin runs into bar after bar about his innate confidence and well-versed rap skills. The result is what perhaps became Nigeria’s first viral hit with quips and references spawned off Da Grin’s cheeky lyrics on social media and every day conversations.

As far as Yoruba hip-hop goes, Da Grin’s time on earth was enough to crease a defining place in the game for a lifetime. On “Pon Pon Pon”, Da Grin makes a series of declarations. The first is that he is a true Nigerian by all measures. The second is that no rapper would come close in terms of lyrical abilities or charisma. The third is that he has made all the neccesary sacrifices and none of his contemporaries can or will ever match-up to the speed of his fast-paced rise.

While the first declaration needs no further clarification, his short life span makes it difficult to tell where his abilities or aggrandised personal image would stand in today’s hip-hop. But perhaps this longing (you feel right now) for an alternate world where Da Grin is alive and making hard hip-hop in today’s sing-song rap music industry is proof he may have been right.

5 underrated Nigerian rappers they don’t want you listening to