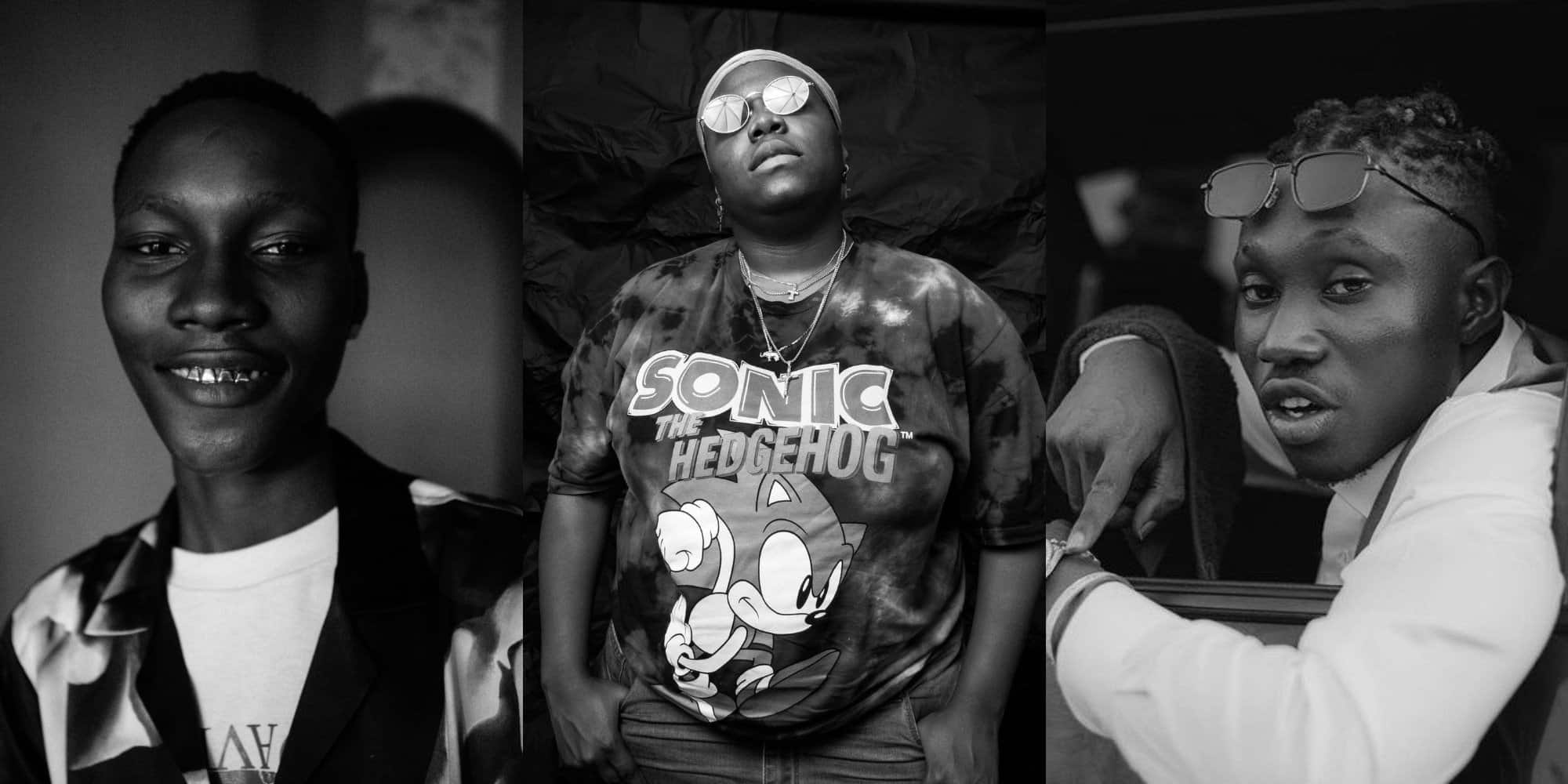 That’s where our Songs of the Day column comes in. We’re doing the work to stay on pulse with all the music coming out from across the continent and beyond, bringing you exciting songs of tomorrow: today. Earlier this week, we brought you new releases from Burna boy, M.anifest, Nobuhle, Blxckie, and more. It’s Friday so you know we have new music for you. Our curation includes drops from CKay, Zinoleesky, Zlatan, Oxlade, Fireboy DML and more.

As Afropop continues to make its mark globally, street-pop artist and Marlian Music signee, Zinoleesky is one of the young stars positioning himself at the forefront of the emerging soundscape as he soundtracks the hardship on the streets and his eventual come up. After a string of steady releases this year including “Kilofeshe (Remix)” and “Naira Marley,” the singer is back with a new release titled “Gone Far,” an ebullient cut that latches unto the percussion led sonics of Afropop.

“Gone Far” sees him performing on his best form, with lyrics that are reflexively self-aware about his come-up in the industry. The track opens up with an intoxicating beat paired with Zino singing and rapping about his growth, waxing poetic on his journey in life so far. Armed with bars littered in Yoruba and set up in English, the singer attributes his successes to God as he quips in the infectious hook “Now look at me I’ve gone far, they don’t know when I run past/More money more respect, give them what they don’t expect.” The catchy track is truly a testament to the well-deserved recognition the street pop artist is receiving at the moment and speaks on a larger scale to the fervour of the emerging sound and scene. As the singer himself says in our Sounds From This Side digital exclusive, “Street music is the sound of the moment.”

Zlatan has relentlessly dropped singles all year along including standouts such as “Cho Cho” featuring industry favourites Davido and Mayourkun, “Carry Me Go”, “Alubarika” and his collaborative EP ‘Mainland To Island’ with Oladips. His latest release “Ale Yi” adds another string to his bow, showcasing his stellar music abilities and satiating fans eager for the Detty December concert season.

The track which translates to “this night” finds the rapper, in the usual fashion, delivering a standout verse that is sure to stoke excitement from his loyal following. Over the catchy production from Niphkeys, Zlatan employs Yoruba and English as he passes across his message. He goes on about how he wants to enjoy his life and see the fruits of his labour despite the challenges that life may throw his way with standout lyrics such as “Say! I can’t come and kill myself/Make another man kon chop my sweat”.

Off the success of her debut album ‘WONDALAND’, singer, Teni has been expanding the world around the project by allowing fans into a world of fun entirely of her own making. Barely a week ago, she released the video to standout single “Moslado”, a bouncy cut off project which found her at her most cocky and braggadocious. To capitalise on the song’s success further, the singer has now released a compilation of refixes of the song. The compilation expertly includes an Amapiano reflix, a Pheelz remix and the song’s instrumental. Teni once again proves her ability to stay on pulse with emerging sounds and trends from this side.

For a while now, Big Brother has been inching into the music and entertainment industry in Nigeria. Over the years, newcomer artists have used the platform as a springboard for their music careers, leaving the Big Brother house with a dedicated and loyal following eager to champion their music endeavours. Vee Iye, a contestant on Big Brother Naija’s Season 5: Lockdown Edition has just released her debut EP, tapping into her newfound fame and showing fans and naysayers alike her sweet-sounding voice and her pen of gold.

Standout track, “Forbidden Fruit” features our song of the summer favourite, Ladipoe. This mid-tempo track ties into the overall message of the project as Veeiye’s sultry vocals reminisce on her sexual experiences with her love interest. Ladipoe joins in delivering comical bars “I like your bra but are you supportive/Can he hold you down like gravity force” all the while in sensual alto vocals. The track is just what you’d expect from the duo as one’s adlibs support the other as the vocals take centre stage on the Louddaaa-produced number.

UK-based Nigerian artist Benjiflow taps Oxlade for their recently released single “My Bella” only a couple of months after his earlier single “Go” was released. In usual Benji Flow fashion, this track takes listeners to another realm with his sweet-sounding voice intermingling with Oxlade’s hypnotic one for the listener’s pleasure. The track employs pidgin on Oxlade’s verse as the pair express their love and longing for their love interests with romantic lyrics such as “My Bella my sweetie pie, Don’t wanna see you die my Bella/ My Bella my sweetie pie, don’t wanna see you cry my Bella”. The self-produced love track by Benjiflow has set the scene for his anticipated EP ‘The Thrill’ slated for release on the 4th of November.

It’s always a party when talented performers link up. On his latest single, “Follow You”, Nigerian guitarist, Fiokee employs the help of singers Chike and Ghanaian Afropop singer, Gyakie for a new romantic number. This follows after his earlier released single, “Cut Soap” featuring Raybekah released months ago. “Follow You” pairs Chike’s melodious vocals serenading with Gyakie’s distinct and rich voice. In a similar style to Chike’s earlier releases, this love track sings about one going above and beyond for their love interest.

No one is having a great year quite like Buju. From a string of stellar collaborations including Darkoo’s “Bad From Early”, Ladipoe’s “Feeling”, Basketmouth’s “Your Body” and even Wizkid’s “Mood”, the singer has earmarked himself as one of the most formidable Afropop hook killers in these parts. His latest effort finds the singer collaborating with fellow Afropop artist Hitboy Kellz on “Ebere”, a promotional single off Hitboy’s upcoming debut album. Hitboy Kellz sings about the difficulties he faced in life as he’s joined by Buju on the chorus who pines for a lover.

Ghanaian-Sierra Leonean singer, Skillz 8Figure became an unmissable voice in the burgeoning Afropop scene over two years ago when he first released his debut EP ‘Gangsta Luv.’ Since then, he’s remained a trusty name in the scene, capable of merging dancehall sensibilities with trap-soul melodies and a familiar Ghana bounce that all intermingle for the listener’s pleasure. On his new release “Wateva”, the singer delivers a hit record by every metric as he sings about his current standing in the scene and his penchant for making songs that linger on lips for months after.

WhoIsAkin – “Let Me Love You”

Following the release of his standout debut EP ‘Full Moon Weekends’, Fresh Meat alum, WhoisAkin is back with a new single titled “Let Me Love You,” a romantic new track that finds him expressing his innermost desires. Interspersing cool, intricate Afropop beats with mesmerising future-R&B vocals and melodies, the Ileri-produced number sees the Lagos native adding his own spin on modern romance as he professes his love for a special lady.

44DB founder and producer, Tochi Bedford is standing at an exciting new phase of his career. With his debut project ‘Mob Ties’ already under his belt and his involvement in the exciting musical landscape in Nigeria, the producer is now turning his sights towards his sophomore EP ‘After Eternity’ which is slated for release later this year. Ahead of this, he’s just shared a new promotional single titled “outside,” an alternative track that finds the artist singing about his current reality. Whetting appetites for what’s to come, “outside” reinforces the rapper and producer’s abilities as he sets to establish himself as one of the most renowned names in Trap music in these parts.

ICYMI: Mayorkun Announces His Sophomore LP, ‘Back In Office’