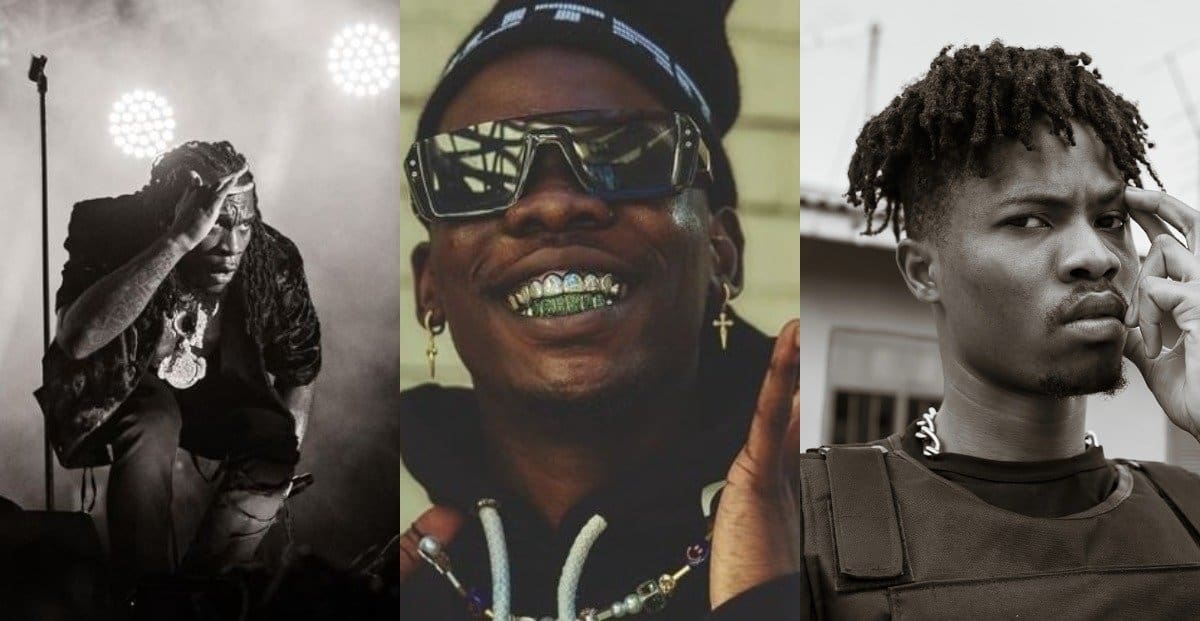 Some of the best new releases from the last few days

That’s where our Songs of the Day column comes in. We’re doing the work to stay on pulse with all the music coming out from across the continent and beyond, bringing you exciting songs of tomorrow: today. Last week, we brought you new releases from Dua Saleh, Ycee, Kabaz De Small & DJ Maphorisa, Cina Soul, and more. Taking stock of the new music that graced our ears over the last weekend, this early week’s curation includes drops from Burna Boy, M.anifest, Blxckie, Nobuhle, Yinka Bernie, and much more.

Burna Boy’s range is an astounding part of his inimitable arsenal. He’s constantly shown an ability to morph his vocal delivery and writing from song to song, running through a wide span of musical styles while remaining compelling. Following “Question,” the groovy, Afropop cut produced by Don Jazzy, Burna recently returned with “Want It All,” this time around delving into the exuberance of trap. Joined by Chicago melodic rap star Polo G, Burna is clearly still in triumphant mood, as he toasts to his success in this calendar. As visualised in the accompanying video, he remains elated for his Grammy win, proud of the reception it afforded him back home, and grateful to perform shows at arena-size venues and festival stages. Burna is clearly having a ball.

Asakaa Drill, spearheaded by the motley clique of Life Living Records, is big on posse cuts. From Sean Lifer’s “Ma Drip” to Reggie’s “Geng Geng” and Jay Bahd’s “Y3 Y3 Dom,” some of the best and biggest songs to come out of the acclaimed scene leans into an on-wax comradeship between members of the crew. Its latest in the lineage of this sort of releases is Kwaku DMC’s “AYE HU,” which features Jay Bahd on its hook and complimentary verses from Reggie and O’Kenneth. A spiritual successor to “Y3 Y3 Dom,” the new song is a guttural ode to LLR’s strength in numbers, with all rappers touting the street cred and strength of their clique over a skulking and intimidating drill beat.

Late last month, South African singer Nobuhle released her debut album, Imvula. It expanded on the radiant premise of her voice, as she sang of life and love in uplifting terms. To accompany the album, the NATIVE fresh meat alum shared the video for one of its pre-released singles, “Eloyi,” a booming and soulful afro-house cut created in collaboration with legendary producer duo Black Motion. Its music video continues Nobuhle and El World’s aesthetic preference for rustic locations filtered through an artsy lens. Flanked by her collaborators, she performs her set with an infectious joy, dancing while styled in royal garbs that convey her contined, deep appreciation for her culture.

At this point, it seems like we’ll have to beg for Kwesi Arthur to release his long-awaited sophomore album. Around this time last year, the Ghanaian sing-rap hybrid was teasing the impending arrival of the project with a 3-pack drop, but it’s yet to surface. In the meantime, though, he’s kept the streets fed with a string of singles and low-stakes freestyle drops. His latest is “John Wick (Freestyle),” on which he delivers an energetic performance that captures the freewheeling stakes of the song. Splitting the difference between cocksure raps and introspective lyricism, Kwesi reiterates his willingness to reach the pinnacle of his potential, a declaration he’s made more than a few times—but it doesn’t sound remotely stale at this point.

Some of Yinka Bernie’s best music are dispatches from an artist in tune with the emotional side of himself. “Jaded” comes from that part of his artistry, a poignant heartbreak written from the precipice of a relationship bound to hit the rocks. Influenced by ‘80s R&B, the self-produced track listens like a letter being written to a partner. Relying on mood over scenic details, Yinka Bernie’s languid baritone packs the required amount of emotional punch, culminating in a song so in intimate you can almost hear the tears hitting the notepad.

South African rapper Moozlie places an emphasis on the bars. Her last album, December’s Spirit of an OG, was dedicated to this ethos, a thrilling exercise in slinging ice cold raps over even colder beats. Over nine months later, she’s still in the throes of promoting the album, and she’s just shared the music video for “Asibasabi,” a taunting collab with fellow South African lyricist 25k. On the song, both rappers challenge their opps to step to them, with disrespect spilling from their voices and raps unabated. In the music video, Moozlie performs on the road amidst moving cars, as well as in the company of mean-mugging posse and 25K, who also raps in front of a huge billboard of his recent album.

Ghanaian rap veteran M.anifest is gearing up to release his fifth studio album, Madina to the Universe (MTTU). Weeks back, the album’s announcement was supported by the release of “La Vida,” a smooth cut which is expected to make the project when it eventually drops. Continuing with pre-album drop rollout, he’s shared a new single, “Scorpio Flow,” a far more raucous affair than its predecessor, where M.anifest confidently waxes lyrical of the plaudits he’s earned, over groovy, percussion heavy production co-helmed by Drvmroll and Rvdical the Kid. Its video is similarly high-octane, a collage of shots featuring M.anifest rapping with an unruffled verve in a series of vibrant settings.

More and more women are occupying space in Nigerian pop music, a trend that’s widening the perspective beyond its male-dominated pathos. If you dig hard enough, every new music Friday comes with new releases from female artists, some of them on the cusp of breaking out. Solana is a singer who fits this description; she got her first mainstream look via a collaborative single with Joeboy back in August, and she’s followed it with a new 2-pack single, comprising “Badder” with Killertunes and “On My Way” featuring Victony. While the latter is a sappy love song where trades devotional lines with her guest, it’s the former that establishes her as a forceful voice to pay attention to. Over glassy guitar riffs and a thumping bass, she rebukes all distractions to her paper chase, channelling her angst from a recently ended relationship into a strong statement of self.

Blxckie is having himself quite the year. Consolidating on breakout moments from late last year, he’s been all over the heat map of South African rap, dropping his dazzling debut album and popping up on features in a manner reminiscent of peak Lil Wayne. Last month, he scored his latest hit with “Kwenzekile,” a Kwaito-indebted cut featuring DJ Maphorisa increasingly popular alter ego, Madumane. For his latest drop, however, he’s reached back to B4NOW, sharing the music video for the raging trap banger, “Gas.” Shot in a junkyard, the video captures Blxckie in his usual ebullient form, rapping his lyrics with an infectious energy.

NATIVE PREMIERE: JEAN FEIER FINDS STRENGTH IN VULNERABILITY ON “WHEN I NEED YOU”